Developing small and emerging farmers is crucial for national food security and a stronger agriculture sector.
By Jeanette Clark 14 Apr 2022  00:21 In South Africa, large-scale commercial farming and concentrated upstream inputs and processing are the norm. This has been the topic of various studies and is confirmed in the latest Competition Commission (CompCom) Essential Food Price Monitoring Report.

The trend locally has been one of a marked decline in the number of farming units or commercial farmers, leading to even further consolidation and concentration in the sector.

According to Nedbank’s Maluta Netshaulu, senior manager: agriculture client value proposition, this is often a result of the limited business resilience of the smaller farming units when faced with prolonged years of drought (climate change), reducing margins (due to increasing production costs), bankruptcy (due to over indebtedness), poor management, and lack of succession planning.

Netshaulu believes that to bolster business resilience all farmers should focus on some key things:

Planning for and protecting against the loss of human capital

If your farm has a lot of its human capital locked up in one person, and the commercial activity of the farm would be at risk if that person is no longer there, you should seriously consider taking out key person insurance, says Netshaulu.

In essence, a key person is considered an employee in the company who is critical to the sustainable operations of the company, and whose sudden departure in the case of their death could result in temporary loss of revenue and disruptions.

At Nedbank, under a key-person life insurance policy, the business owns the policy, pays the premiums and is the beneficiary. If a key person dies, the business then collects a death benefit. It assists the business through the payment of a lump sum that can be used to replace lost revenue as a result of temporary business disruption (orders not being filled or clients cancelling contracts); it can also be used to accelerate the search for a replacement or to attract the required level of skills.

Buy-and-sell insurance can also aid in a temporary human capital gap if succession planning was not in place. It is different from key person insurance in that it is taken out by business partners on each other’s lives in the event of death, disability or critical illness.

What is important, says Netshaulu, is to have these types of discussions with qualified financial planners so that succession planning is truly entrenched and no surprises lie in wait.

“If these things are not in place, often when a person passes away there are various external financial shocks around taxation and estate duties etc that result in a big monetary knock. [This] could even necessitate you [having] to scale down operations just in order to keep farming,” he says.

The importance of creating equity and building cash reserves in farming

Farmers have to plan for tough times because they are coming, says Netshaulu. Factors like climate change could result in prolonged climate shocks that will have to be weathered.

“In difficult times, such as multi-year droughts, access to funding becomes limited to due increased risk in the sector. It is therefore important for farmers to reinvest profits in the business by making own contributions towards capital expenditure – like buying an additional farm, tractor, combine harvester or irrigation system,” he says.

“This creates equity in the business which will then strengthen their business’s financial position. It will make it easier to raise capital during distressed times.”

Netshaulu encourages farmers to also put money aside in savings and investment solutions whenever possible.

“These should preferably be long-term solutions with good growth prospects that can then aid the farmer in times of distress.”

Work on a South African Agriculture and Agro-processing Master Plan (AAMP) has been underway for some time. The latest timeline is that it will hopefully be signed by the relevant social partners in the first half of the year.

It is envisaged that the plan will solve the problem of inclusivity for smallholder farmers and smaller farming units, says Netshaulu, adding that Nedbank will take part as a partner with government.

Part and parcel of the AAMP will be to establish blended finance models that can assist smaller farmers to overcome the challenge that even the larger commercial farms are struggling with.

Netshaulu strongly believes that the development of these small and emerging farmers is crucial not only for their own business resilience, but also to support national food security and a stronger agriculture sector.

“That is why innovative funding models and partnerships are necessary to attract capital to this space,” he says. 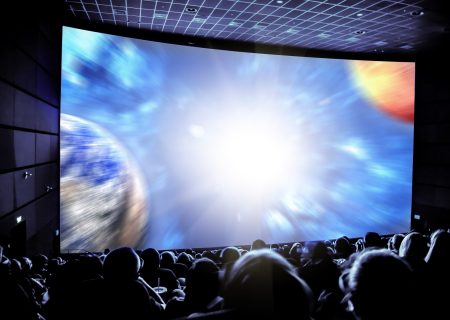