Poland, Australia and India are the latest countries to censure Big Tech companies for abusing their power to control the flow of information. The antitrust movement is coming, and this has implications for valuations.
By Ciaran Ryan 24 Mar 2021  00:02 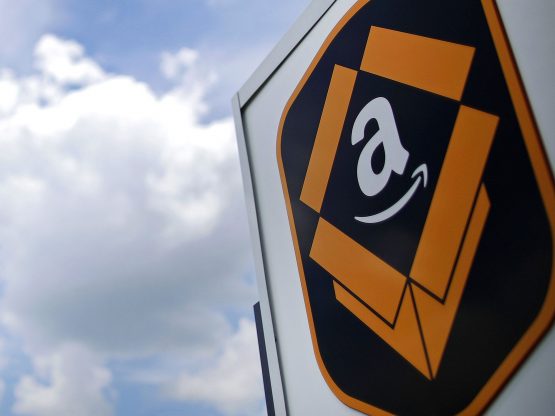 Regulation aimed at levelling the playing field is going to create a headwind for many of these businesses. Image: Jim Young, Bloomberg

Governments across the world are standing up to Big Tech and the power they wield over the flow of information. Amazon and Alibaba are under scrutiny for putting the squeeze on smaller competitors, and governments are crying “enough”. The antitrust movement is on the march.

Social media companies that censor or remove posts for ideological reasons could face fines of up to $13.5 million in terms of planned legislation in Poland, which has accused Big Tech of anti-Christian and anti-conservative bias.

Facebook blocked news content in Australia, which is introducing a law that will force tech giants to pay for news content on their platforms. This prevents Australians from viewing or sharing local or international stories. Australian Prime Minister Scott Morrison called the decision by Facebook to “unfriend” the country “arrogant” and “disappointing”, but is pressing ahead with the planned new law regardless.

India has also faced off with Twitter, but for different reasons: the government of Narendra Modi is angry that Twitter ignored instructions to remove content relating to farmers’ protests. New draft rules backed by legal clout will force companies to remove offending content within 36 hours, and obliges them to appoint compliance and redress officers to ensure adherence to the law.

Other countries are likewise concerned at the power of social media companies to shape public opinion by censoring or removing posts deemed to have violated company policies.

The new Joe Biden administration in the US has increased momentum into expanding antitrust legislation and tackling monopolistic tech giants across the world. The US House Judiciary Committee last year concluded a 16-month investigation into these companies and found real evidence of monopolistic, anti-competitive practices.

“We are going to now see the US Congress deliberate this over the next few years and pass regulation to level the playing field. This is going to create a headwind for many of these businesses,” says Iain Power, chief investment officer at Truffle Asset Management, which manages the Nedgroup Investment Balanced Fund and the Nedgroup Investment Managed Fund.

Section 230 of the 1996 Communications Decency Act in the US provides legal liability protection to social media companies that host or moderate content generated by others. This means they cannot be sued for restricting access “in good faith” to material deemed “obscene, lewd, lascivious, filthy, excessively violent, harassing or otherwise objectionable,” whether or not this is constitutionally protected.

Says Power: “There is a case to be made that these tech companies should adhere to a set of rules that define how they utilise the data and information that they collect. Our view is that things are going to change.” “Ultimately, we think regulators will call for some kind of break-up of these companies. To take this into account in terms of valuations is very difficult, but it will likely take the form of lower margins. For example, Facebook has already announced that subsequent to the Australian foray that it will be spending $1 billion in news licences and other fees, which is an amount that will have a notable effect on its margins.

“The bottom line is that the regulatory space is changing and the net position for the tech companies will be negative because of the associated cost increases and potentially higher taxes on the horizon. They may even get to a position where they are not allowed to acquire competitors, which will have obvious consequences for growth, so the long-term risk will continue to build.”

This is not to say that Big Tech companies will stop growing, adds Power, only that their growth will be more difficult and riskier. For this reason, even without the antitrust movement, this is not an area Power sees strong prospects of long-term returns.

Online retailers like Amazon and Alibaba are also feeling the antitrust heat. In China, there has been an antitrust investigation into Alibaba, with the evidence looking rather similar to accusations against Amazon that it has put the squeeze on merchants that prohibited them from promoting their products on other platforms,

Amazon uses the data that it gathers on its third-party merchants to substitute their own products and compete against them. They have also been accused of penalising merchants for selling products cheaper than Amazon brands. Alibaba has been accused of the same practices, prompting the Chinese government to introduce new rules to level the playing field.

“It’s important to remember that antitrust and anticompetitive regulation is ultimately in the best interest of consumers and other businesses, and will help root out monopolistic behaviour,” says Power.

From a company valuations perspective, Alibaba remains a great business that is growing its revenue in excess of 30% a year, with a market share of roughly 40% in China. It still has room to grow, despite operating in a more regulated landscape, and can be bought on a forward multiple of around 20x which is a significant discount against the likes of Amazon.

“There is definitely increased pressure on these Big Tech companies, which is likely to grow in future and come from various sources including regulators and society. This will have an impact on the valuations of these companies and so the focus on how they’re positioned around the world is very important with regards to assessing value going forward,” says Power.