OrbVest and its investment opportunities in the US

Making investing in this category simple, quick and easy from anywhere in the world.
By Moneyweb 1 Sep 2021  09:49

In this recording, Moneyweb’s Simon Brown chats with Martin Freeman, OrbVest CEO and Justin Clarke, operations director, as they introduced the company’s two latest projects in Cincinnati and Atlanta in the US. They also announced a brand new product, a super low-risk medical portfolio compromising eight triple net buildings with long leases.

Find out how OrbVest makes investing in this category, previously only available to institutional investors, simple, quick and easy from anywhere in the world.

This webinar took place on Tuesday, August 31 at 4pm.

More on the guests: 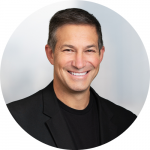 Freeman is an experienced entrepreneur with more than 30 years experience in successful startups. He has a sound reputation of growing companies to large scale in various industries that include financial services and fintech.

His focus on strategy and leadership, together with identifying and growing strong executive teams, has culminated in successful and exponential year-on-year growth in companies throughout his career. He completed an executive management programme at Harvard in 2012. 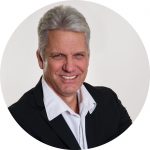 He co-founded One Africa Media in 2012, building it into Africa’s biggest internet classifieds business operating in eight countries with a portfolio of 18 companies. It was recently sold to a Swiss media conglomerate to form Ringier One Africa Media (ROAM.africa). He still owns a real estate company in South Africa and was a property developer in the early 1990s.

Sleep well at night while earning US dollars with OrbVest

OrbVest enables investment in individual US properties for dollar returns

Sleep well at night while earning US dollars with OrbVest

OrbVest enables investment in individual US properties for dollar returns