Arbitrage is an excellent way for crypto newcomers to get started 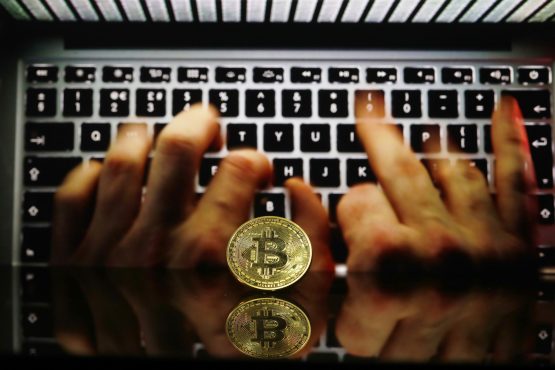 Bitcoin and stable coins allow those in developing countries to protect their money from inflation, devaluation, and political instability. Image: Luke MacGregor/Bloomberg

In SA’s fast-growing crypto market, arbitrage is an excellent way for newcomers to make a start.

Arbitrage is the exploitation of price differences in the same asset on different markets.

That’s a profit of about 4% you could have banked in a matter of hours.

In order to do that you would have to purchase euros from your local bank and ship it off to Kraken, purchase the bitcoin and then ship it back to Ovex. To complete this transaction you would have to open accounts at both Kraken and Ovex.

South Africans are able to do this arbitrage using their annual discretionary allowance of R1 million, plus their investment allowance of R10 million. That’s R11 million per year per person. Assuming an average 5% arbitrage profit, that comes to R550 000 per year.

That’s as close to risk-free as you can get, and it’s legit.

Ovex was the first South African crypto exchange to develop a fully automated system for exploiting this arbitrage opportunity. Instead of doing it with bitcoin, it partnered with Trust Token, a San Francisco-based ‘stable coin’ platform with a market cap of nearly $500 million that allows users to buy cryptocurrency offshore at the international price, without ever having to leave Ovex.

All the logistics of shipping foreign currency abroad is handled by Ovex.

A stable coin is a type of crypto asset fully backed by fiat currency, such as the US dollar. Just as with bitcoin, Ovex clients can purchase Trust Token US dollars (TUSD) offshore and then sell them at a higher price on the Ovex exchange. The TUSD arbitrage gap varies between about 3% and 5% (sometimes higher, sometimes lower).

All customers have to go through Ovex’s Know Your Customer (KYC) and anti-money laundering checks. This comprises basically three steps:

“Our fully automated arbitrage platform is for users who don’t want to do anything, but still benefit from the incredible arbitrage opportunity. It was imperative for us to offer a fully automated system that users could use without doing a single thing after signing up, and that is exactly what we are able to do,” says Jon Ovadia, founder of Ovex.

Once a user signs up for the arbitrage service, a bank account is created for them with one of Ovex’s banking partners. Once the bank account is set up, Ovex will send their funds offshore, automatically convert their funds to cryptocurrency, and sell their crypto for rands at a profit – with sophisticated hedging to ensure that it is not possible for a user to lose money with the Ovex system.

The fees for Ovex’s large-volume over-the-counter (OTC) trades are 0.25% for trading plus 0.1% if you want to settle those trades in 24 hours. For the arbitrage service, the all-in fee is a flat 1%, which includes the costs of exporting forex.

The only risks that exist are counterparty and systemic risks, such as Trust Token or one of its banking partners failing – which is a remote risk.

Ovex is also in the process of acquiring a forex financial service provider so that it can exercise more control over the entire arbitrage service.

Arbitrage opportunities are here to stay, says Ovadia. That’s because risks between countries and currencies are ever-present and forever shifting. “We don’t see the arbitrage opportunity disappearing any time soon.”

He adds: “South Africa is a very fast growing market for cryptos and arbitrage is an incredible lure for newcomers to this space. Cryptocurrencies offer South Africans a hedge against the local currency and economic instability, similar to gold. Bitcoin and stable coins allow people in developing countries to protect their hard-earned wealth from inflation, devaluation, and political instability. For example, in late 2015 the rand dropped 30% over a two week period, with billions of dollars in wealth vanishing due to government incompetence, when the then finance minister was fired.

“The story of hyperinflation and currency devaluation is sadly a common one, and cryptocurrencies gives the population a powerful tool to fight this economic scourge and protect their wealth.”

Gold is traditionally seen as the perfect hedge against uncertainty. Unlike gold, cryptocurrencies are infinitely divisible, free to store and transport, have a fixed supply, and can earn up to 10% interest a year in Ovex’s crypto currency interest account.

“In my opinion, any South African not holding cryptocurrency is doing themselves a massive disservice. I consider myself a patriotic South African and wish only the best for SA, but one benefit that can’t be ignored is in the event of political and social meltdown one is able to memorise their cryptocurrency keys, which are 12 random words in a specific order, and leave the country with their entire net worth in their head. That is sovereignty,” says Ovadia.

“And to be clear, this is not a metaphor, because cryptocurrency is just information. You will literally be storing your crypto in your brain, something that has never been possible before.”

I’m not an expert, but my understanding is that the R10m investment allowance is for offshore investments, and if you use that money to reacquire assets (i.e. crypto) in SA, you may be contravening exchange control laws (section 10(1)(c) – loop structures). In cases like this, one must always ask why there is an arbitrage opportunity in the first place. Additionally, if you get audited by SARS, large incoming amounts to your bank account will look like regular income, and you may have difficulty offsetting the cost of purchasing the crypto offshore.

“. Additionally, if you get audited by SARS, large incoming amounts to your bank account will look like regular income,” you will need to keep a ledger of your purchases, sales and profits it any and submit that when you declare your taxes.

The arbitrage exists probably because the is not sufficient liquidity because institutions are not allowed to trade cryptos. As such a movement in the Rand price of crypto actually does nothing to change the market price of rand.

this is section 10(c). Nothing about loop structures.
(c) enter into any transaction whereby capital or any right to capital is directly or indirectly exported from the Republic.

This is what the FCSA had to say about derivative etc Bitcoin trading – a week ago:

“Our earlier warning remains in place where we advised the public to exercise extreme care when ‘investing’ with any person or organization not properly registered as Financial Service Providers or in terms of a properly executed prospectus registered with the CIPC [Companies and Intellectual Property Commission] or registered as a financial institution with the Prudential Authority.”

These guys don’t have an FSP Registration Number displayed in line with compliance and/or, maybe they don’t have one…trading in FX products requires specific exchange control, and these tokens are excluded – no buying and/or selling allowed in FX products (vanilla or derivative)

Highlight the return on the bitcoin sale but do not include the forex costs associated with buying and moving Euros offshore. Assuming that the 4% is correct and the deal goes off as intended the maximum annual profit is R40 000 because one can only legally use R1 million a year for the investment.