There’s a fundamental shift in the way cryptos are being measured by investors.
By Ciaran Ryan 19 Jan 2022  00:03 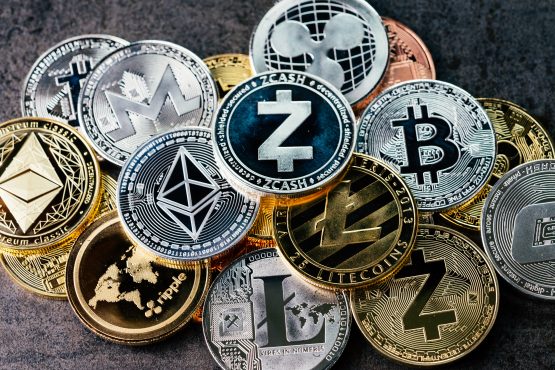 A decade ago, crypto investors had a choice of one – bitcoin.

In the following years, a host of new cryptos were launched, such as Litecoin (LTC) and Ethereum (ETH), each offering novel features and use cases that were lacking in bitcoin (BTC).

Today, there are more than 8 000 cryptocurrencies, with scores being released to the market each week.

Most of these fail to attract much attention, and many will likely fail. But out of this confusion is emerging a core of potentially riveting crypto stories with real utility, rather than hype, to justify their surging prices.

The following chart shows BTC’s dominance since 2013 – meaning, what percentage of the total crypto space it occupies in terms of market cap.

Bitcoin dominance on the wane

“Bitcoin’s dominance of the crypto space has declined from 100% a decade ago to around 42% today,” says Jon Ovadia, CEO of crypto company OVEX. “That’s still a large chunk of the total crypto market but it shows that there are other interesting cryptos that have steadily grabbed a piece of the spotlight.

“Bitcoin’s dominance continues to decline, and recently reached its lowest level in just over three-and-a-half years. That’s largely because bitcoin’s correlation with the S&P 500 is now more prevalent, suggesting that investors are trading bitcoin and equities together as risk-on assets.”

During the crypto market selloff in recent months, altcoins began to account for a greater share of the total crypto universe, showing that investors’ appetite for risk is still strong, adds Ovadia. The recent crypto mining outage in Kazakhstan – where many bitcoin miners relocated to after cryptos were effectively banned in China – has also spurred interest in altcoins.

“Cryptocurrencies like Fantom [FTM] have been exceptional performers over the last year. It is up 11 000% over the last 12 months, because of the commercial opportunities it presents. It operates in the smart contract space, and can reduce transaction speeds to less than two seconds – which any successful project in decentralised finance [DeFi] strives to achieve” says Ovadia.

Answering the call to bring more altcoins to SA

OVEX now offers more than 50 cryptocurrency trading pairs on its platform, including Serum (SRM), Ripple (XRP), Yearn Finance (YFI), Keep3r (K3PR), Compound (COMP) and Fantom (FTM). That’s apart from the more recognisable altcoins such as ETH, Cardano (ADA), Solana (SOL) and Polkadot (DOT), and an armful of stablecoins such as ZARP (backed 1:1 by the rand), and US dollar-backed Tether (USDT), True USD (TUSD), and USD Coin.

Stablecoins are popular among crypto traders seeking to park profits in a more stable asset than the likes of BTC and ETH. OVEX offers a range of stablecoins backed by different fiat currencies.

Ovadia says OVEX has differentiated itself in the SA market by offering clients a “white glove” service, similar to and in most cases better than that offered to private banking clients, including 24/7 access to support and trading staff and the ability to purchase any quantity of cryptocurrency – even the more rarefied ones.

“For example, it is very difficult to buy gaming cryptocurrencies such as Decentraland [MANA] and Axie Infinity [AXS], which have been some of the most exciting stories in the crypto space over the last year,” says Ovadia.

“Clients can purchase these cryptos through OVEX. While we generally offer this to those prepared to invest R250 000, we are negotiable on this point. Our clients want to be able to access a far wider range of coins, including stablecoins, than is generally available on local exchanges in SA.

“Even if clients want cryptocurrencies that are not listed on our Request for Quote [RFQ] service, we can still source these coins for them through our broad range of international partnerships.”

Trade real volume with peace of mind on OVEX’s Over The Counter (OTC) Desk.

“I think we are going to see bitcoin’s dominance remain under pressure as more and more altcoins with compelling stories come to the fore,” adds Ovadia. “There will no doubt be periods when bitcoin reasserts its dominance but longer term it seems likely to face competition for investor interest from a range of other cryptocurrencies that have emerged in recent years.”

More than 50 trading pairs to choose from

OVEX has more than 50 cryptocurrency trading pairs that can be purchased on its Request for Quote page. The selection includes the larger cryptos such as Bitcoin, Ether and Solana as well as some smaller ones that have outpaced the broader market over the course of 2021