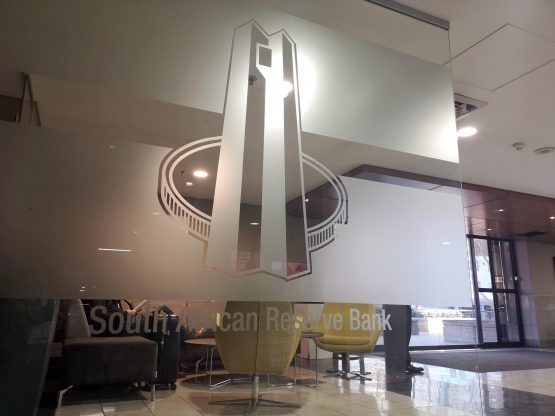 Some Moneyweb readers seemed astonished by the claim that one can make (virtually) risk-free profits of up to 6% a week by arbitraging crypto assets such as Trust Token.

Arbitrage is not one of those scams – it’s done successfully by thousands of South Africans every day.

Arbitrage is the exploiting of price differences in the same asset on different markets. For example, last week you buy bitcoin at the equivalent of R250 000 on overseas crypto exchange Kraken, and then sell it an hour or two later on a South African exchange for R260 000 – a price difference of 4%.

The risk you run in doing this is that the bitcoin price drops between the time you purchased it at Kraken and sold it in SA.

This is where SA-based crypto company OVEX decided to eliminate the risk of price moves eating away at your arbitrage profit while waiting for the bitcoin to arrive in SA – which can take several hours.

OVEX settled on a different crypto – True USD (TUSD) – which is a ‘stable coin’ fully backed by actual US dollars. The Trust Token is purchased offshore and immediately sold in SA at a premium that has been as high as 5% in recent weeks, and even reached 8% earlier in the year.

OVEX takes care of all the logistics of buying and selling.

Trust Token, the company that issues TUSD, is a San Francisco-based stable coin platform with a market cap of nearly half a billion dollars that allows our users to buy cryptocurrency offshore, at the international price, without ever having to leave OVEX.

OVEX fully automates the arbitrage process so you can lock in your profit the moment you give the instruction to proceed with the purchase of TUSD.

You can repeat this process daily while the arbitrage gap is attractive enough. The minimum required to start is R50 000, though it is better to kick off with R100 000 or more for the simple reason that the costs of purchasing forex to ship abroad to Trust Token become proportionately smaller the larger the funds being invested.

This is a safe way to enter the crypto market

Arbitrage is a safe way to enter cryptos. It is designed to eliminate as much risk as possible. You can lock in your profits the moment you give OVEX the instruction to purchase TUSD, and later that day (or the next) you can see your profits on your OVEX wallet. If the arbitrage gap remains attractive enough, you can repeat the process the very next day. To do this you have to make use of your R1 million discretionary allowance, which allows you to make offshore investments using this money. You also have an annual R10 million foreign investment allowance, for which you need tax clearance.

That gives a total of R11 million per individual. Assuming an average 5% net arbitrage gap, that translates into profits of R550 000 per year.

Could the arbitrage gap ever disappear?

Yes – and it often does, only to reappear when financial or political shocks cause the same asset to trade at different prices in different markets.

South Africans subject to capital controls – like most countries in Africa – will likely always pay a premium for bitcoin and other internationally traded assets such as TUSD. Whether you are living in SA or Zimbabwe, the beauty of bitcoin, TUSD and other cryptos is that you can, for a premium, convert your local currency into an internationally recognised one.

Arbitrage gaps are common in virtually all assets that are traded in different markets. They signal market inefficiency, and arbitrageurs actively seek out these inefficiencies so they can profit from them. The more people spot these gaps, the quicker the gaps disappear.

With bitcoin and other cryptos, the gap typically ranges between 2% and 5%. Only occasionally does it disappear altogether.

The restrictions on South Africans purchasing foreign currencies makes it more likely that the arbitrage gap will remain for some time to come.

OVEX is doing between $500 000 and $1 million a day in arbitrage-related volume, and is now in the process of acquiring a forex financial service provider to make things more streamlined for its clients.

“A question we often get clients asking is if cryptocurrency arbitrage is legal, and the answer is that it is 100% legal. As per the South African Reserve Bank website, South Africans are able to make use of their R1 million a year discretionary allowance and their R10 million foreign investment allowance for buying crypto offshore,” says OVEX founder Jon Ovadia. “We just make the process incredibly easy.”

You can sign up at OVEX here. You need go through the usual Know Your Customer checks and provide proof of funds. Then you’re ready to roll.