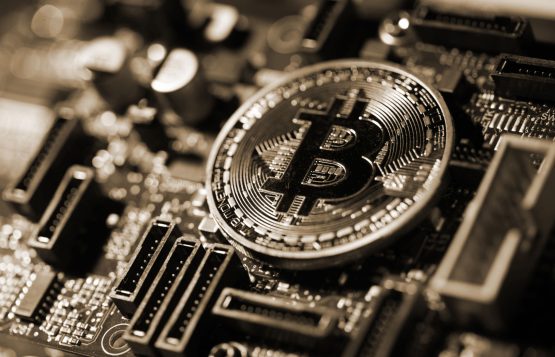 Now 12 years old, Bitcoin was conceived as a global and decentralised currency free from the dead hand of central banks.

But the extreme volatility of cryptos like Bitcoin (BTC) and Ethereum (ETH) has led to the emergence of stablecoins backed by fiat currencies like the US dollar, euro and rand. Of the top 20 cryptos ranked by market cap, stablecoins account for five.

Stablecoins combine the meticulous record-keeping and transactional capability of blockchain technology with the stability of fiat currencies.

“One of the key focus areas in building out the OVEX exchange has been to offer the widest possible range of stablecoins in SA,” says OVEX CEO Jon Ovadia.

“Stablecoins have increasingly played a pivotal role in the crypto-sphere and are the very foundation of the entire DeFi (decentralised finance) ecosystem, where people are discovering thousands of exciting new ways to invest and earn returns outside of the traditional banking sector.

“Non-US dollar currencies are underrepresented in the market for stablecoins, which is something we set about correcting.”

For citizens of countries like SA that impose restrictions on citizens’ ability to own foreign exchange, stablecoins offer a way around this.

In particular, it gives South Africans access to foreign currencies.

The rand is a volatile currency and very often tends to overreact to political, economic and social unrest. OVEX lets you bypass forex exchanges.

A World Bank report argues that Africans have to pay as high as $12 for any $100 sent home and in South Africa, which has the highest remittance costs on the continent – nearly 21% of money to be remitted is spent on transaction costs.

By August 2021, the stablecoin market was reckoned to be worth $113 billion, according to US Securities and Exchange Commission chair Gary Gensler, and this figure is likely to grow exponentially in the coming years.

Use cases for stablecoins OVEX offers the widest selection of stablecoins in SA

OVEX also allows users to switch into different stablecoins such as USD Tether (USDT), True USD (TUSD), and USD Coin. These stablecoins are backed 1:1 by the US dollar (though some are more reliably backed than others). They are popular among crypto traders seeking to park profits in a more stable asset than the likes of BTC and ETH. OVEX offers a range of stablecoins backed by different fiat currencies.

Other stablecoins available through OVEX include several issued by Iron Bank such as the euro, Australian dollar, Swiss franc, yen and sterling.

OVEX recently announced it is exiting the crypto arbitrage business – which accounts for a small percentage of its total turnover – to concentrate on its core OTC business and setting up an international network.

The OVEX OTC desk offers institutions and high-net-worth individuals a secure and private channel for purchasing cryptos of any volume.

The problem with buying large volumes of crypto through most exchanges is that the liquidity is not deep enough to settle the trade in one go, meaning the trade may take hours or even days to fully execute at prices which are all over the place. OVEX has solved that problem by having a financial backer with deep pockets.

Whether the trade size is R500 000 or R200 million, OVEX is able to execute a trade at one price with zero slippage. This is only possible because of its ultra-deep liquidity engine, meaning it has sufficient capital backing and technology infrastructure to be able to execute and settle very large volumes that are often a stretch too far for regular exchanges. OVEX is backed by the second largest crypto derivatives exchange in the world, FTX, with a market cap of over $5 billion.