Results that are likely to bolster the argument for giving a third dose more widely.
By Naomi Kresge, Bloomberg 21 Oct 2021  13:20 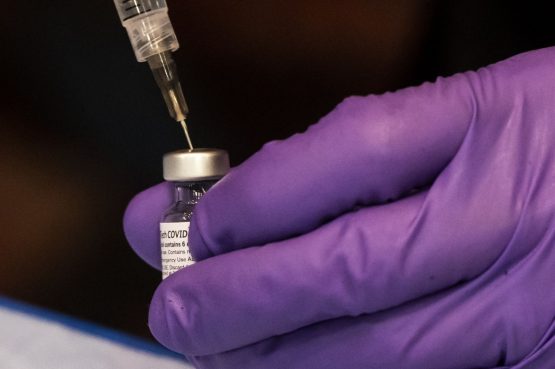 Pfizer Inc. and BioNTech SE said a booster shot of their Covid-19 vaccine restored full protection in a large study, results that are likely to bolster the argument for giving a third dose more widely.

A booster was 95.6% effective against symptomatic Covid in the study, which followed 10 000 people aged 16 and older, the companies said on Thursday.

Pfizer shares were 0.9% higher in premarket US trading, with BioNTech gaining 1.3% in Frankfurt.

“We believe boosters have a critical role to play in addressing the ongoing public health threat of this pandemic,” Pfizer Chief Executive Officer Albert Bourla said in a statement. The companies said they’ll share the data with health authorities in the US, Europe and elsewhere.

Regulators have wrestled with how widely to use boosters as the fast-spreading delta variant drives infection rates up. Some countries, such as Israel, are using boosters widely. Many others — including the US and much of Europe — have thus far come down on the side of a third dose for the elderly and other high-risk individuals. Exactly where to draw the line on who is high-risk has also been a matter of debate.

Half the trial participants got a booster, with five cases in that group over an average follow-up period of two and a half months. There were 109 cases in the group randomly assigned a placebo shot. The booster was just as safe as the original two-dose vaccine.

The trial results show that “booster vaccinations could play an important role in sustaining pandemic containment and a return to normalcy,” BioNTech CEO Ugur Sahin said.

Trial participants got a booster an average of 11 months after their second dose of the vaccine. They were an average of 53 years old, with slightly under one-quarter of the group older than age 65. Efficacy of the third shot was consistent across age groups and among people with pre-existing conditions, the companies said.

So much for their testing and trials. If you need a booster so soon, it means it is a failure. It is a service pack, the Microsoft doctrine

P.S. You are not saving others by having the shot, which is what the MSM are stating, you are saving only yourself as you STILL pass it on!

Does the fact that you already need a booster shot not bother you even slightly? At this rate you will have to get a booster shot every 6 months. In Israel, fully vaccinated people are loosing their vax passport because they did not receive a booster. Where is this going to end?

So you read the “authoritative research” smarty? Reduced by how much? What are the figures since you read it!

It is not immunization but a half-baked Emergency User Authorised (EUA) “vaccine”.

I am now vaxxed, did I get my freedom back? Not one ounce of freedom returned! Nothing has changed except Pfizer profits. With boosters it is now an excuse to continually move the goalposts and score more profits.

We will see who is the plonker soon!

please stop listening to the marketing department of Pfizer, ModeRNA and J&J. These studies are anything but objective. They are designed to make people continuously line up for their product and line their pockets. No thanks.

It is the same as the annual flu shot –Flu after all is also a corona virus mutation !!

Yes, you nailed it.
I have NEVER had a flu shot, will never get one and will most certainly never deny access to my business to anybody who also trust their immune systems.