The National Institute of Communicable Diseases, does caution that figures can be skewed by late reporting of admissions.
By Antony Sguazzin, Bloomberg 18 Dec 2021  16:58 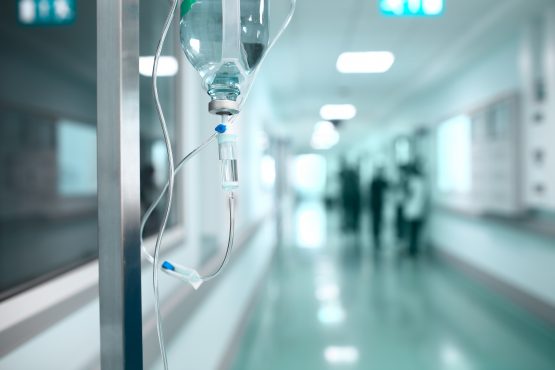 Still, the National Institute of Communicable Diseases, does caution that figures can be skewed by late reporting of admissions.

Even so the number could be taken as more evidence that the wave of infections caused by the omicron variant may be slowing. On Friday the South African Medical Research Council said that wastewater analyses showed a decreasing incidence of the virus in Pretoria, the South African capital.

The hospitals have 7 915 Covid-19 patients of which 6.7% are in intensive care units, the National Institute for Communicable Diseases said in a report on Saturday.

Of the 532 people in ICU, 209 are on ventilators, the institute said. Of the admissions 3 285 are in Gauteng, the province that includes Johannesburg and Pretoria. KwaZulu-Natal and the Western Cape are the next worst-affected provinces.

The numbers compare with the 7 932 who were in the hospital a day earlier, an increase of more than 300 over 24 hours. Of those 6.7%, the same proportion, were in ICU.

The November 25 announcement of the discovery of a new coronavirus variant, now named omicron, had sparked concerns of a flood of hospitalisations and severe infections. The country’s three biggest private hospital groups have said that so far cases in the country appear to be milder than in previous infection waves.

The number of people in hospital due to Covid-19 is, so far, a fraction of the total at the height of earlier infection waves. Covid-19 inpatients peaked at nearly 20 000 in January and July, the peaks of the country’s second and third waves respectively.