Appears to be more transmissible than its predecessors.
By S'thembile Cele, Bloomberg 29 Nov 2021  13:06 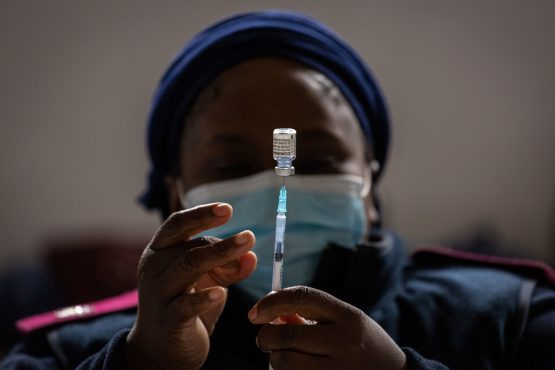 The new coronavirus variant appears to be more transmissible than its predecessors although most cases have been mild so far, according to scientists advising the South African government.

In South Africa, where omicron was first detected, officials said most new hospital admissions are unvaccinated, and anecdotal evidence suggests they are presenting with similar illnesses as before.

The emergence of the new mutation has sparked a global race to understand how quickly it spreads and how existing vaccines will respond. Cases have been identified in a number of countries, including Canada, the UK and Australia, and multiple governments imposed travel restrictions on South Africa and a number of neighbouring countries. New daily cases in South Africa could surge to 10 000 by the end of the week, up from fewer than 3 000 on Saturday, according to Salim Abdul Karim, a clinical infectious disease epidemiologist.

Health department data shows omicron is now the dominant strain. While the increased caseload is expected to put pressure on hospitals, there is no need to panic, he said.

“We know how to assess this and adjust our strategies accordingly,” Karim said during an online briefing on Monday. “Current treatments are still effective.”

Unben Pillay, a doctor in South Africa, said cases are “very mild but it is early days.”

“We have seen patients present with flu like symptoms, dry cough, fever, night sweats and general body pains,” he said. “I think this in keeping with all the other Covid waves we have seen.”

The government has so far eschewed imposing stricter curbs to slow transmission of the variant, but says it will reconsider its position over the next week. It’s also criticised the travel restrictions, saying there is no scientific evidence to suggest they work.

“We are engaging leaders of various countries, especially those who have instituted these travel bans to convince them that this is very unnecessary,” Health Minister Joe Phaala said. “We are happy that we are supported by the World Health Organisation in saying this.”

Nicholas Crisp, the acting director general of the health department, said laboratories notified the government about the new variant on November 24 and a public announcement was made the next day. It was highly speculative to try to pinpoint how and where the strain originated, he said.