The unstoppable rise of stablecoins 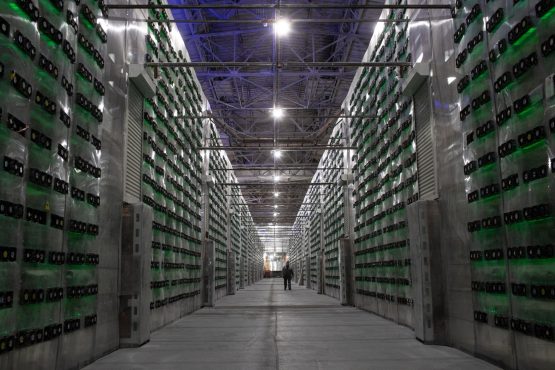 Stablecoins – a subset of cryptos typically backed 1:1 by fiat currencies – have exploded in popularity in the last two years.

Tether (USDT), supposedly backed 1:1 by the US dollar, was launched in 2014 to a relatively subdued market response. Interest started to accelerate in 2017 when Bitcoin (BTC) hit new highs around $20 000 and investors looked for a place to park their profits. Tether offered a cost-effective way to shift profits into a stable asset backed by US dollars, and that pushed the Tether supply from $1 million in January 2016 to $1.4 billion by 2020 and $78 billion by February 2022.

There were suspicions that Tether was not fully backed by the assets claimed by the issuer, the Tether Foundation, which was found by the US government to have made “untrue or misleading statements and omissions of material fact” and fined. Tether maintained throughout that it always had enough money in reserve, saying there was no finding by the US authorities that the tokens were not fully backed at all times – “simply that the reserves were not all in cash and all in a bank account titled in Tether’s name, at all times”.

Tether’s legal tussles appear not to have hurt its growth: it is now the third largest crypto by market cap, after BTC and Ethereum (ETH).

Competitors to Tether soon started to appear, the first being USD Coin (USDC), which was launched in 2018, followed by Gemini Dollar (GUSD) and Paxos Standard Token (PAX). In December 2017, MakerDAO launched a decentralised stablecoin called the Dai token (DAI), which was also pegged 1:1 to the US dollar. What makes DAI different is that its reserves are not controlled by a single entity, and its collateral is based in other cryptocurrencies like ETH.

The leading stablecoins are USDT, USDC, Binance USD (BUSD), Terra USD (TUSD) and Dai, with a combined $170 billion in US dollar-backed coins in circulation.

There are now dozens of stablecoins, including Zarp and xZar – both rand stablecoins – as well as stablecoins for currencies such as the euro, yen, and Pax Gold (PAXG), which is available through Revix and is backed by an ounce of gold.

But what are algorithmic stablecoins and why are they receiving attention?

A relatively new development is the emergence of algorithm-based stablecoins that do not have any associated collateral. These are known as “non-collateralised stablecoins”, with algorithms, usually on the Ethereum blockchain, taking care of the issue and reduction of supply in coins to keep it at a 1-to-1 value.

Terra’s blockchain payment network aims to improve efficiency for payment service providers and increase value for customers. The company helped build an eCommerce alliance with 15 initial partners with a combined gross merchandise value of $25 billion and a 45 million-strong customer base. Terra issues a US dollar-backed stablecoin called UST.

$1 of Luna is convertible at a 1:1 ratio with UST tokens. If UST’s price in dollars, for example, is at $0.98, arbitrageurs will swap 1 UST for $1 of Luna and make 2 cents. This mechanism increases UST demand and also reduces its supply as the UST is converted into Luna. The stablecoin then returns to its peg. When UST is above $1, say at $1.02, arbitrageurs convert $1 of Luna into 1 UST and make 2 cents. Arbitrageurs will profit when the peg skews either way and ultimately restore the peg.

Luna has been an outstanding success, and is now the ninth largest crypto asset by market cap, with a total market cap in excess of $22 billion. While UST remains closely pegged to the US dollar, Luna’s price is up nearly nine-fold over the last year as demand for the UST stablecoin increases. Revix head of investments Brett Hope Robertson says the rise of stablecoins is a function of the volatility of cryptos like BTC and ETH.

Stablecoins are also required for participation in decentralised finance (DeFi) where users are able to transact, lend and borrow outside the traditional finance system.

“DeFi allows you to borrow using your crypto as collateral, and you will generally be paid out in stablecoins which can then be converted into fiat to use in everyday life. This is another reason why stablecoin demand is rising,” says Hope Robertson.

Another use for stablecoins is for payments. They can be transferred anywhere in the world in seconds and deposited into a wallet, without the intervention of a bank or intermediary. Settlement is in seconds, rather than the days it typically takes for a cross-border fiat transaction. As more people and companies accept stablecoins as payment, this poses a serious threat to traditional banks.

But where can I invest in Luna?

Cape Town-based crypto investment platform Revix is backed by JSE-listed Sabvest and offers something unique to you, the investor. You can set yourself apart from the rest by investing in ready-made diversified “Crypto Bundles” which look similar to exchange-traded funds (ETFs).

Luna is available in Revix’s Top 10 Bundle, but as a standalone asset, look out for it, something exciting is coming soon …

How would you invest if you knew you couldn’t lose?

Revix is giving you that chance. From the 16th to the 28th of February, Revix is offering you the opportunity for an investment that cannot decrease in value. And if it does, Revix has you covered.

It’s your chance to make money and diversify your portfolio with the confidence that you can only win.

How do I take part?

Sign up using the promo code: COVER. After signing up, you need to invest R5 000 into either the Smart Contract Bundle, the Top 10 Bundle or the Payment Bundle between the 16th of February and the 28th of February 2022*. During this period, your investment is covered against loss. If the value of the bundle has decreased by the end of the promotion period, Revix will pay you back the difference. It’s that simple. You will be compensated in bundle units only. * T&Cs apply.

Revix brings simplicity, trust and great customer service to investing. Its easy-to-use online platform allows anyone to securely own the world’s top investments in just a few clicks.