The two largest cryptocurrencies have entirely different use cases: Bitcoin is digital gold, and Ethereum is a multi-faceted platform.
By Ciaran Ryan 2 Mar 2021  00:01 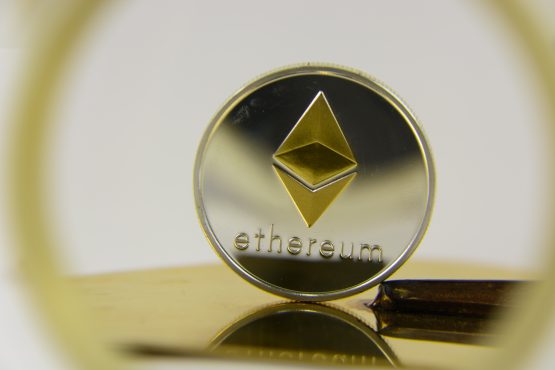 Bitcoin may have pulled back 20% in the last few weeks, but that’s after a nearly five-fold sprint over the past year.

If that’s impressive, it’s not quite as spectacular as Ethereum, which is up over 530% over the last year – even after falling 25% from its recent peak of $1 958. This growth is in part thanks to the explosive rise in decentralised finance (DeFi), a subsector of the cryptocurrency industry where entrepreneurs are building automated trading and lending systems atop blockchain networks that don’t require any intermediaries like banks or brokers.

Bitcoin and Ethereum are the two largest cryptocurrencies in terms of total market cap. But when you dive into the details, you’ll find that these two concepts actually serve completely different purposes. 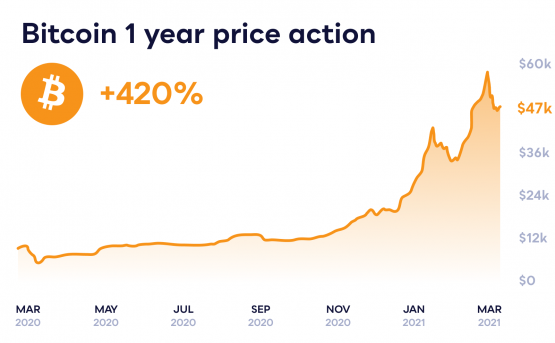 In January 2009, an enigmatic figure named Satoshi Nakamoto executed an idea that he had laid out in a white paper — a peer-to-peer electronic cash system that could operate securely without a central authority.

With bitcoin, the idea of a cryptocurrency, or money without any physical form, was born.

The primary purpose of bitcoin was to establish itself as a viable alternative to traditional fiat currencies backed by countries.

It is primarily a store of value and a medium of exchange. 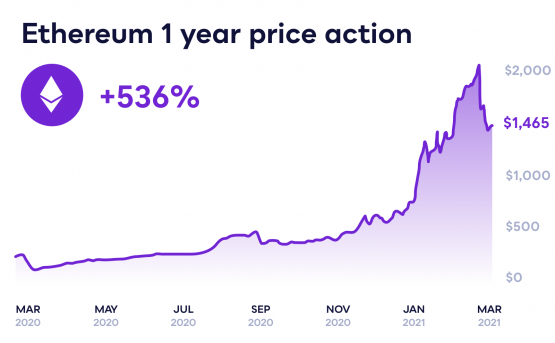 Ethereum was launched in 2015 and is more than a cryptocurrency.

Actually, Ethereum is not a cryptocurrency at all — Ether (ETH) is its native currency.

The Ethereum blockchain is powered by ETH, which can be used for several purposes, such as to pay for computational services on the blockchain.

Ethereum is the blockchain that Ether is built on, and many people get the two confused. But you don’t call Ether ‘Ethereum’ just like you don’t call Bitcoin ‘blockchain’.

Ethereum has pioneered the concept of a blockchain smart contract platform.

Smart contracts are computer programmes that automatically execute the actions necessary to fulfil an agreement between several parties on the internet. They were designed to reduce the need for trusted intermediates between contractors, thus reducing transaction costs while also increasing transaction reliability.

Bitcoin accounts for about 72% of the total market cap of all cryptocurrencies, and Ethereum 15%. This is really a two-horse race at the moment, though other digital coins such as Cardano and Binance Coin are fast gaining on the market leaders.

Bitcoin was built to do one thing well — provide a way for people to transfer value from one to another without a banking or payment intermediary. Bitcoin is seen as a store of value and if often referred to as digital gold. There are currently 18.6 million bitcoin in issue, and there will only ever be 21 million of these digital coins. This is one key reason behind bitcoin’s remarkable price rise as an asset over the last decade. Institutional interest in bitcoin is growing, spurred by fears that fiat currencies such as the rand and US dollar are subject to continuous inflation of money supply, which devalues their worth.

The case for Ethereum is somewhat different. Unlike bitcoin, Ethereum does not have a hard cap, meaning the number of coins in issue expands every year (there are currently 114.8 million in issue); however, the ETH annual inflation per year will eventually trend to zero as more coins enter circulation.

Ethereum is built on the idea of a general multi-purpose blockchain. As a result, Ethereum is able to do many things well instead of just serve as a payment system. Ether can be used as a digital currency, but that is not its primary purpose. The Ethereum platform was built primarily to monetise operations of Ethereum smart contracts and dApps.

Ethereum does not intend to be a store of value as is the case with bitcoin, but derives its value from an expanding network that allows transactions between parties that do not have to trust or even know each other.

These transactions are known as “smart contracts”. Think of Ethereum as the iOS or Android operating system on your smartphone that allows applications and games to function. Ethereum is the operating system that will allow a similar explosion of decentralised applications to be developed – such as for lending, investing and earning interest, not to mention purchasing insurance and trading between countries.

So Ethereum is both a currency (called Ether) and a network.

Both Bitcoin and Ethereum are decentralised and so are not run or managed by a central authority. They are both built on distributed ledger blockchain.

Researching Bitcoin vs Ethereum leads to a deeper discussion of what blockchain technology can do to improve every aspect of our lives. If you want to know the future of everything from finance to the judiciary to construction, Bitcoin and Ethereum will likely be a big part of it.

The blockchain that makes Bitcoin and Ethereum possible is the most important idea to understand. No longer do we have to rely on giving others our precious data to make transactions — blockchain gives us the power to create a trustless, immutable way to do business.

Bitcoin will likely remain king of the cryptos for the foreseeable future, but attention is shifting to the investment potential of other cryptocurrencies like Ether as other areas of the cryptocurrency ecosystem develops.

If you are working within an established, reputable crypto investing platform like Revix, you can invest in both bitcoin and Ethereum’s Ether token. Revix was launched to make it easy to invest in cryptos like bitcoin and Ethereum and, through its investment platform, to gain exposure to ready-made baskets of cryptocurrencies that they call ‘Bundles’ for as little as R500. Revix charges no sign-up, monthly account or subscription fees, but rather a simple 1% transaction fee for both buys and sells.

The Top 10 Bundle available through Revix spreads your investment equally over the 10 largest cryptocurrencies – which covers about 85% of the crypto market when measured by market capitalisation – with each having a 10% weighting. By default, you are buying the ten biggest success stories in the crypto space. The weightings are adjusted monthly to ensure no crypto exceeds a 10% weighting, and that can be a major advantage as other constituents of the bundle (like Ether, Chainlink, Cardano and Polkadot) have outperformed bitcoin’s amazing 300%-plus rise last year.

You can also buy and sell USDC (a ‘stablecoin’ fully-backed by the US dollar) and a physical gold-backed token called PAX gold which provides legal ownership of an ounce of gold through Revix’s online platform.