Why the Chinese crackdown is good for crypto long term

There are several reasons why China’s crackdown on cryptos is good for bitcoin and other cryptos.
By Ciaran Ryan 2 Jul 2021  00:05 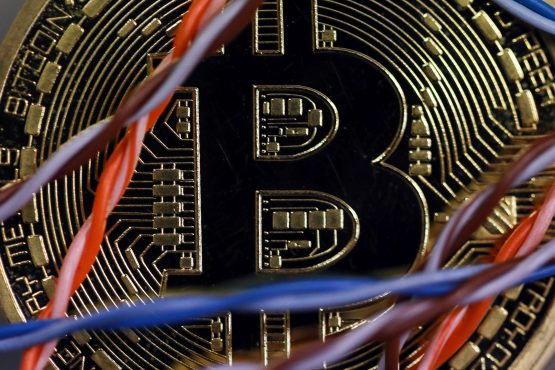 China’s recent crackdown on bitcoin mining may have contributed to price weakness of late, but long term this may have some surprisingly positive effects.

China has been issuing bans against crypto since 2013, but this ban may actually be a blessing in disguise, as authorities shut down bitcoin mining in multiple provinces. The Central Bank of China has also reiterated a previous ban prohibiting financial and payment institutions from providing any services related to cryptocurrency transactions. Initial coin offerings remain illegal.

This may seem like bad news, but let’s take a step back. China has been at the forefront of banning multiple tech innovations, but that hasn’t stopped them from taking over the world we know today. Twitter, Facebook, Google and some of the most used services in the world today have something in common: they have all been banned by China at various times. Actually, China bans have proven to be quite a good buy signal. “I think this ban could turn out to be an extremely costly mistake by the Chinese authorities,” says Sean Sanders, CEO of crypto investment platform Revix. “It is now clear that Chinese bitcoin miners are relocating to other parts of the world which are more welcoming to bitcoin mining.”

With every cloud, there is a silver lining

China accounted for more than 65% of all bitcoin mining in the world, due in part to low energy costs in regions such as Sichuan. This led to concerns that bitcoin mining was overly-concentrated in one region of the world, which in turn exposed the network to the risk of outages and political interference – which is exactly what occurred.

Many Chinese bitcoin miners are relocating to North America, or Kazakhstan, where cheap energy and more congenial regulators are welcoming them with open arms.

Sanders points out that previous threats by China to curtail bitcoin have been counter-productive. In September 2017, when Chinese authorities announced plans to ban cryptocurrencies, bitcoin’s price dropped from an all-time high of just above $5 000 to around $3 000, and then promptly reversed direction to hit a new all-time high of $20 000 by December of that year.

“What this demonstrates is that threats of regulatory interference may have a temporary impact on price, but longer term, the fundamentals driving bitcoin’s price remain largely unaffected,” says Sanders. “We’ve seen this many times over the years, where regulators threaten restrictions on cryptocurrencies, but more recently we see a more balanced and rational approach to bitcoin from authorities in other countries such as El Salvador, where bitcoin is now accepted as legal tender.”

Bitcoin mining involves solving complex mathematical puzzles for which miners are rewarded in new bitcoin. As Chinese miners have shut down operations while relocating their operations elsewhere, the overall rate of mining – as measured by the hashrate (the computational power required to mine bitcoin) – has plunged more than 50%.

Recent analysis by BeinCrypto shows that while bitcoin hashrates and active addresses have been declining since reaching an all-time high of $64 800, the network is still seeing user growth, accompanied by an increase in long-term holders and a decline in bitcoin liquidity, as demand increases, which “could signal a reversal of the downward trend.”

Another piece of positive news for bitcoin was the announcement that Morgan Stanley had bought more than 28 000 shares in Grayscale Bitcoin Trust, which is a way for institutions to acquire exposure to bitcoin through share ownership rather than a direct purchase of bitcoin.

Morgan Stanley’s latest move is further evidence of the mainstreaming of cryptocurrencies, and more financial institutions will surely follow.

“With the recent price drop in bitcoin and cryptocurrencies generally, we have seen buying coming into the market, in the belief that the bull market has not yet run its course,” says Sanders. “For people new to cryptocurrencies, this is a timely lesson in the volatility of cryptocurrencies. For people who have been through previous down cycles, this one is not particularly alarming, and is in fact seen as an opportunity to buy in at lower prices.”

An easy way to gain exposure to cryptocurrencies

In addition to the ability to purchase Bitcoin and Ethereum as individual crypto assets, Revix offers three equally-weighted ‘bundles’. These bundles enable you to effortlessly invest in the largest cryptocurrencies at a low cost through a single investment.

The Top 10 Bundle gives investors diversified exposure to the Top 10 cryptocurrencies as measured by market cap, with each crypto having a 10% weighting in the portfolio. Your bundle is rebalanced monthly, keeping you up to date with the fast-moving market without you having to lift a finger.

It includes Bitcoin, Ethereum, Cardano and Polkadot. The advantage of this bundle is that it provides exposure to new and emerging cryptos that frequently outperform Bitcoin’s already extraordinary growth compounding at 117% a year for the past 10 years. The price of this bundle is up 454% over 12 months, well in excess of Bitcoin’s 192%.

The Smart Contract Bundle, is invested in the top five cryptos, focused on the emerging technologies of smart contracts. Much like a contract, a smart contract enables the terms of an agreement or deal to be executed. Yet, what makes it ‘smart’ is that it can execute this contract without the need for a third party. This is where many people see the future of cryptos and blockchain technology. The Smart Contract Bundle (+354%) has outperformed Bitcoin (+192%) over the last year.

The Payments Bundle is focused on five cryptos looking to revolutionise money and how value is transferred. It includes Bitcoin, Ripple, Litecoin and Stellar. The value of this bundle is up nearly 240% over 12 months.

Your crypto bundle is then automatically rebalanced each month, keeping you up to date with the fast-moving market without you having to lift a finger. This ensures that investors always hold the most prevalent and reputable cryptocurrencies that represent the broader market.

Is Solana the real Ethereum killer?

Brought to you Revix

Polkadot’s quest to become the final word in blockchain technology

The cryptocurrency that is smoking bitcoin

Is Solana the real Ethereum killer?

Brought to you Revix

Polkadot’s quest to become the final word in blockchain technology

The cryptocurrency that is smoking bitcoin