Special report: How bad do markets expect this to get? The huge sell-off in global markets on Monday made it the worst day for equities since the 1987 ‘Black Monday’ crash. The Dow Jones Industrial Index fell 12.93%, the Nasdaq was down 12.32% and the S&P dropped 11.98%. This followed the significant declines seen last Thursday.

Two of the S&P 500’s worst six days in history occurred in the past week. The selling this week appears to have been prompted by data showing how severely China’s economy was impacted by the coronavirus in the first two months of this year. Industrial production was down 13.5%, retail sales were off 20.5% and fixed asset investment fell by 24.5%.

The depth of the impact in China could be seen as an indication of the potential economic repercussions of Covid-19 around the world. The effect this will have on company profits is what has hit share prices.

A survey of chief executives around the world conducted by YPO between March 10 and 13 found that 82% of business leaders are expecting a decline in revenues over the next six months. For 57%, a decline has already been felt.

However, less than half of CEOs expect to still be seeing a negative impact to their revenues from Covid-19 a year from now. In other words, the general view is that this will pass within 12 months.

The question for investors is what this means for share prices. Are current levels fair, given the outlook, or has the sell-off been overdone?

“I think there are three things we need to consider to answer that question,” says Andrew Dittberner, chief investment officer at Old Mutual Wealth Private Client Securities. “The first is if current price declines are proportional with worsening fundamentals. Secondly, were markets cheap or expensive prior to this? And thirdly, is this event transitory or will there be a permanent impairment of earnings and cash flows going forward?”

Where is the market now?

There is no question that businesses will be facing serious challenges, as Covid-19 impacts supply, demand and consumer confidence. The virus may even result in structural changes to economies as behavioural changes become entrenched.

Will people fly as much as they did before, for instance?

Will they return to shopping malls to the same degree?

The impacts will therefore be felt by different businesses in different ways, but at an average market level, what is now being expected?

According to calculations by Dittberner, the JSE is now pricing in a corporate earnings recession in South Africa, with earnings expected to decline in the region of 17% over the next 12 months. This number is not entirely out of the realms of possibility, although a deep and sustained recession is not what CEOs or most economists currently expect.

“The coronavirus outbreak is set to deliver a sharp and deep economic shock,” BlackRock notes in a recent commentary. “Market moves are reminiscent of the 2008 crisis, but we don’t think this is a repeat. Stringent containment and social distancing policies will bring economic activity to a near standstill, but provided aggressive fiscal and monetary policy actions are taken to bridge businesses and households through the shock, activity should return rapidly with little permanent economic damage.”

BlackRock believes the economic shock from coronavirus will be “akin to a large-scale natural disaster that severely disrupts activity for one or two quarters, but eventually results in a sharp economic recovery”.

“The global recovery, in our forecast, does look a bit like a V-shape,” he says.

Of course a severe and lasting impact is possible, but the fact that China appears to have curbed the spread of the virus and shops and factories are reopening there suggests this is not the most likely scenario.

Even if South Africa did go into recession this year, however, there is still potential upside for local equities from current levels.

“However, despite taking into account that historic overoptimism, and significantly downgrading the consensus view, we remain of the opinion that markets have likely moved into oversold territory and are currently offering value to patient investors,” he adds.

“This is not to say that the market cannot go lower from here. It most certainly can.”

It is also worth considering that the local market was certainly not expensive before the sell-off. The rapid decline has therefore pushed stocks to levels where they are now priced for meaningful reductions to their profits.

I know the world is now a different place, but for heaven's sake. Truworths at R33. City Lodge at R28.60. Distell down 14%. Motus down 13.6%. Will young ladies never buy a pretty dress again? Nobody stay in a hotel or buy a car or a few beers. Ever. Again.

Adrian Clayton, chief investment officer at Northstar Asset Management, says that their approach to looking at valuations is currently twofold. The first is to look at the upside to intrinsic value of the stocks on their ‘buy list’ – in other words, how much lower shares are trading than Northstar believes they are worth.

“We do this for the entire portfolio on a weighted basis, and we are at the highest discount that we have been at for eight years,” says Clayton.

It is important to note, however, that this is based on earnings estimates that will certainly be downgraded for many stocks.

“That said, before we went into this crisis, our offshore buy list discount went to 0%, which is the worst we had ever seen and we were consequently very low on equity,” says Clayton. “That discount to intrinsic value currently exceeds 30% again.”

The second approach Northstar uses is to look at potential returns from the market as a whole, using estimated earnings for the next 12 months, dividend yields and price-to-earnings (PE) ratios.

“In South Africa this approach is also flashing higher than average potential returns – in excess of 50%,” says Clayton. “We have never seen this before – but here too, we have yet to see the earnings impact, which will reduce this number considerably.”

It is also important to consider that the JSE will likely follow the trajectory of global markets. So what happens in major economies around the world will play a big part in how local stocks behave.

While noting that this currently looks like an event-driven bear market, Goldman Sachs did express caveats.

There is no precedent for a bear market caused by a pandemic.

It is therefore not certain that reducing interest rates, which is the classic response to a recession, will have the same effect as it has in the past.

In addition, global interest rates heading into an event-driven bear market have never been as low as they are now. This could mean that there is “less room for an effective policy response”.

Read: Covid-19: How can government support the economy?

As such, Goldman Sachs believes there remains a risk that it could become a cyclical bear market, as a recovery proves harder to come by than expected.

What we don’t know

This highlights the uncertainty that markets are facing. There is a lot that we still don’t know.

Analysts have never before had to price a scenario where economic activity is so drastically curtailed. Moreover, nobody knows how long this scenario might last.

China’s recovery suggests a potential path for other economies, but the impacts will not be the same everywhere.

That is why even though Dittberner believes the likelihood is that this is a once-off shock to markets and that “in two years’ time we will be in a better position as we slowly adapt to potentially new norms”, attractive valuations are not the full story. Businesses need to be able to withstand the current environment, and possibly for longer than expected, to be able to come out on the other side.

“Right now, if we are looking at companies in this environment, valuations are less important than balance sheets,” Dittberner says.

“Sasol is a great example. If you are only looking at the valuations you would put all of your capital into it. But when you look at the balance sheet, you may be a little more circumspect.”

No one saw this coming. Take their advice with 2 pinches of salt. Nick Kunze from Sanlam Private Wealth on the Capitec update, worse or better than expected? Small caps analyst Anthony Clark looks at his preferred education stocks and Prabashini Moodley of Old Mutual Corporate on infrastructure as a Reg 28 asset. 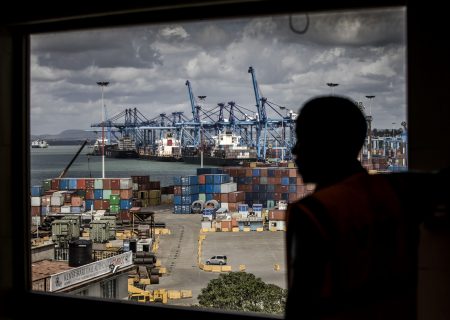