Is there still a place for listed property in a diversified portfolio? 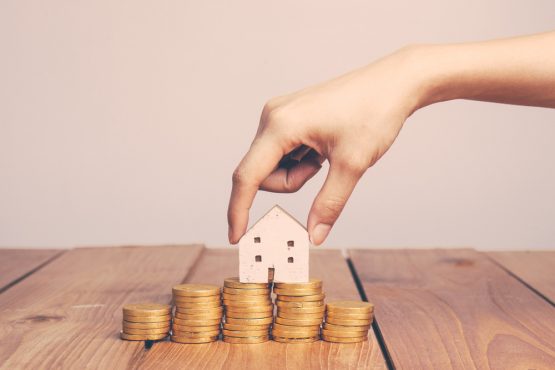 It is important for investors to understand the dynamics of a particular market and where a listed property company falls within this construct. Picture: Shutterstock

The growth was largely fuelled by local property companies expanding abroad and as offshore companies without a presence in the country came to list on the JSE.

Lubabalo Khenyane, portfolio manager at STANLIB Multi-Manager, says these developments have introduced a different dynamic in the listed property market. Offshore earnings have grown from about 0% in 2008 to almost 40%.

Back in the day, listed property was regarded as a subsection of the broader equity market and discussed against this background, he adds.

But since 2004, listed property was the top-performing local asset class on eight occasions and it became increasingly difficult to ignore its growth. These days most fund managers regard listed property as a distinctly separate asset class alongside equities, bonds and cash. Some have even started assembling research teams to specifically look at this part of the market.

Khenyane says nowadays the listed property sector can broadly be divided into four buckets – companies that own no properties outside the country (for example Dipula and Safari), offshore-only companies (Nepi Rockcastle and Echo Polska), offshore companies with distinct characteristics (Intu, Hammerson and Capital & Counties) and hybrids with both local and offshore exposure (Growthpoint and Redefine).

“Depending on where the assets of the companies are and where the earnings are coming from – what is going to drive that company’s performance could be quite different.”

It is important for investors to understand the dynamics of a particular market and where a company falls within this construct.

“That gives you a higher probability of being able to construct your portfolio in a more optimal way.”

Regulation 28 of the Pension Funds Act, which governs the maximum allocation to various asset classes, allows pension funds to allocate up to 25% of their assets to the listed property sector. But Khenyane says given the number of shares listed on the JSE and the liquidity constraints in the property space, STANLIB’s research suggests that it is more practical for a balanced fund with a CPI plus 6% mandate to limit exposure to between 10% and 15%.

But despite the sector’s proliferation, listed property has experienced a torrid time in the year to date. During the first three months of 2018, the FTSE/JSE SA Listed Property (Sapy) Index fell 19.6%.

This transpired after false rumours that research house Viceroy, which shot to prominence in the wake of the Steinhoff accounting scandal, was writing a report on the Resilient Group of companies, which include Resilient, Nepi Rockcastle, Fortress A and B and Greenbay. Around the same time, 36ONE Asset Management, Navigare and Arqaam Capital published damning reports on Resilient, raising questions over the cross-holdings of the companies and share price manipulation. An independent investigation commissioned by Resilient later cleared the firm of misconduct.

Amid these concerns, investors fled for the exits. Since the Resilient stable represented roughly 40% of the Sapy index, most listed property managers took a beating.

“As a result of that, the returns, if you were invested in the property market in the last few months, would have been terrible,” Khenyane says.

Avior Capital Markets estimates that the Sapy would have returned 3.6% in the first three months of 2018 if the Resilient stable was excluded.

Although the JSE launched three new property indices – the SA Reit Index, the All Property Index and the Tradable Property Index – towards the end of 2017 to address concentration and representation concerns in the market, most fund managers are still using the Sapy as a benchmark at this point.

Khenyane says conversations with various listed property managers suggest that almost everyone will be changing their benchmarks – in most cases to the All Property Index. The All Property Index does not limit the number of shares that can be included or require that companies have to have a primary listing on the JSE to be eligible for inclusion. However, it could be slightly more volatile than the Sapy due to the higher offshore exposure. There are currently 34 companies included in the All Property Index compared to the Sapy’s 20.

But despite the listed property sector’s recent woes, Khenyane still believes that property is a very important part of a balanced portfolio.

“We don’t like making decisions based on the short term. Historically, property has outperformed every other traditional asset class and that has happened over longer periods like ten and 15 years. Some investors have used the recent selloff as an opportunity to allocate more money to property.”

“If you take a long-term view there are benefits to investing in property in that it is different from other asset classes. It has low correlations to other asset classes, so there is a diversification benefit that it brings into your portfolio.”

Property did well so speculators came flocking.
Every fundhouse scrambled to launch their own property fund, adding more money. More index trackers and etf’s flooded indiscriminate buying fueling real estate costs higher.
The bulk of the money right now is capital gains fixated whereas the real benefit of property has always been a high and reliable income with moderate to low capital growth.

Resilient may actually have done the sector a favor if it causes enough speculative money to leave which should in time restore the proper dynamics that makes this sector attractive.
Global real estate will take longer to decouple itself from equity behavior, I think, partly due to QE and partly asian money inflating real estate prices.

I like property myself but its not for everyone.

Very true David. People started buying property for the growth and made lots of money. I bought Fortress at listing and sold out on the news. But the true reason for buying property shares is for the INCOME. I hold a portfolio of property only shares for the income only and i can live on the return.

What a revised Regulation 28 means for investors

What a revised Regulation 28 means for investors