Things to consider when drafting a will 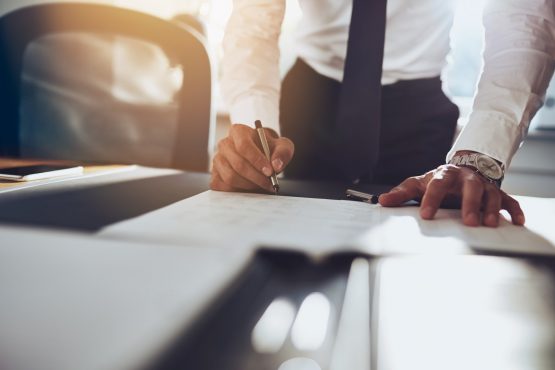 JOHANNESBURG – A will is your most important estate planning tool and one of the most critical documents you will prepare during your lifetime.

Yet, many people die intestate or fail to update the document on a regular basis.

Speaking at the Retire Well Masterclass hosted by Moneyweb and Liberty, Judy Snyman, fiduciary specialist at AlphaWealth, said death was a difficult time for any family, but if affairs were in order it made it much easier for those left behind to deal with the process during a time of grief.

Snyman said it was important to ensure that there were enough liquid assets in the estate to settle all the costs and fees associated with winding up the estate.

“You also need to know who your beneficiaries are and what their needs and requirements will be.”

Check whether you have life insurance policies in place, what the death value of these policies is and who the nominated beneficiaries are.

Seeking professional help was a good idea. Although you could technically buy a will in a stationery store, a will was not a “one-size-fits-all” document, Snyman said.

“A will should be a custom document designed around you and your family and your requirements and your needs.”

Snyman said a professional person would ensure the will was valid and complied with all the legal requirements.

Although it may seem trivial, a list of assets, liabilities and passwords are really helpful to your family and executor.

It helps a lot to know which accounts exist, where they are, who manage them and who to contact in this regard.

Investors should think long and hard about who they nominate as executor.

If investors have minor children, a guardian has to be nominated in the will.

“Nominating a guardian doesn’t make that person the legal guardian. That person would still have to be appointed by a court, but at least your family and the court will have an idea of who you had in mind to look after your children when you are no longer there.”

It is also important to consider a living will. This document guides the family and doctor at a time when you are no longer able to make decisions about your medical needs.

Snyman said a living will would often stipulate that someone preferred not to be kept alive by machines for an extended period of time. It was helpful for families to know what your wishes were in such circumstances.

People often didn’t know what the formalities were and how they could ensure the will was valid, she said.

In South Africa, anybody over the age of 16 can draw up a will, which must be made in writing.

The testator must sign the will at the end and initial each page.

Snyman stressed that the will had to be signed in the presence of two witnesses. A will was invalid if you signed it at home and took it to work the next day for two colleagues to sign as witnesses.

Witnesses must be over the age of 14 and of sound mind.

Anybody who sign as a witness is disqualified from inheriting under the will.

She said another common mistake was using vague language or impractical bequests.

“I leave all my money to my daughter” was an example of vague language, as it wasn’t clear what the testator meant by “money”. It could refer only to coins and notes, but might also include money in the person’s bank account, fixed deposits and cash in a money market.

Snyman said another common mistake was leaving assets to minor children in a will. In South Africa children under the age of 18 cannot inherit assets in their own name.

Any assets left to a minor child will go into the Guardian’s Fund – a fund administered by the Master of the High Court. The fund is generally invested in the Money Market and when the child turns 18, he or she can request the Master to pay out the money.

Minor beneficiaries were often best dealt with by way of a testamentary trust, Snyman said.

Another common mistake is not reviewing the will regularly.

Make sure the will was still appropriate at least once a year or when circumstances changed, she said.

Spot on about executors.

Under no circumstances should you have any other than family as an executor.

They’re all a bunch of vultures.