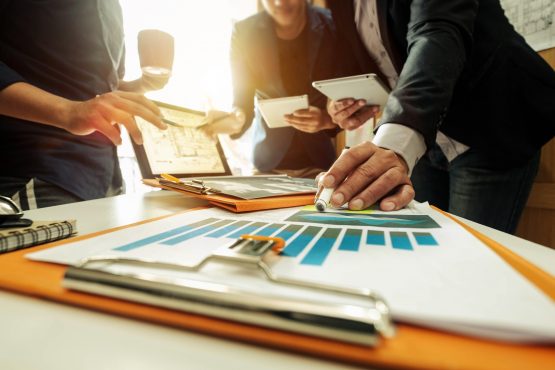 Asset managers might love graphs and fact sheets, but end investors are more likely to respond to a collection of logos they can own a small part of. Image: Shutterstock

Over the last few years there has been a major focus on the cost of investing. With competitive pressure from passive funds with low fees and scrutiny from regulators across the world, the costs to investors have come down.

There is no question that this is good for clients. The lower the fees they have to pay, the more of the return they keep for themselves.

However, a focus on cost alone is only half of the story. It’s not just what you are paying that matters, but what value you are getting in return, that counts.

Speaking at the Morningstar Investment Conference in London, the founder of Boring Money, Holly Mackay, noted that providing value should be the core existential reason for any business. In the financial services industry, however, firms are not necessarily that clear on what clients see as valuable.

“People think that value from an asset manager is all about performance,” she says, “but as you unpack it, more and more elements come into the conversation.”

Boring Money conducted a survey that asked retail investors what they value most from a fund manager. While performance is the top consideration, others are close behind:

Mackay believes these responses fall into four categories – performance, price, clarity and service. All of these are represented in the top five answers.

After performance, what investors value most is clarity. They want their asset manager to be clear and transparent. This is, however, an elusive trait.

“I like to remind people of how few end investors feel comfortable with terminology that we assume everyone knows,” says Mackay. “Only about half of people out there know what a fund is.”

It may sound astonishing that so many people don’t even understand such a basic investing concept, but it illustrates just how alien industry terms are to most people. How much value could be added if this was deliberately addressed?

“I think we are all lazy with our language,” Mackay argues. “I challenge you to read the fact sheets that you put out to your customers. Test it with friends and family. They are largely the same. You will be none the wiser about what the fund is trying to do. But there is no need for jargon. We revel in complexity because it makes us feel clever. I don’t think it is clever. It turns people off what we do.”

Boring Money’s research has found that people find concepts like funds and pensions extremely opaque. However, what resonates with them is when you equate investing with the opportunity to own a bit of some of the world’s biggest brands.

“We don’t appeal to the entrepreneurial side of people,” Mackay says. “People are interested in companies, but we suck the living daylights out of it. If we can show people, visually, a collection of brands and tell them that they can own a bit of them, it is really powerful.

“We have to get away from hiding all this interesting stuff behind graphs and fact sheets.”

Another factor that often gets undervalued by the industry is service. This may be because asset management is largely disintermediated – firms don’t deal directly with end investors. However, this doesn’t mean that it isn’t critical in providing value.

“Service is less about traditional customer service metrics and more about brand and peace of mind,” says Mackay. “It’s the investor asking: ‘Do I trust them?’”

This is often where firms fall short.

Professions that are highly trusted, such as doctors, score highly on both. Asset management, however, has an obvious deficit.

“When you think about the [asset management] industry, they are so busy trying to shove their competence down people’s throats that they entirely forget the benevolence part,” argues Mackay. “It does matter, and it’s an important component of assessing value.”

The more trust an investor has in their asset manager, the greater their peace of mind. Trust is therefore something that firms need to work harder to establish.

It is critical for asset managers to be aware that providing value is about much more than just delivering performance. They have to consider the other factors as well.

“Performance is obviously key,” says Mackay. “It’s why people come to us. “But, particularly for the asset management community, when it comes to handling a retail audience they are just handing down institutional building blocks and not listening to retail investors.”

Should make Holly the head of the FCSA.

She gets it. The present incumbents are so far removed from delivering REAL value to the retail customers, that they can rightfully be regarded as the “enemy”.