South African asset allocators have traditionally been reluctant to allocate to emerging markets, but are they missing out?
By Patrick Cairns, Citywire 20 Oct 2021  10:30 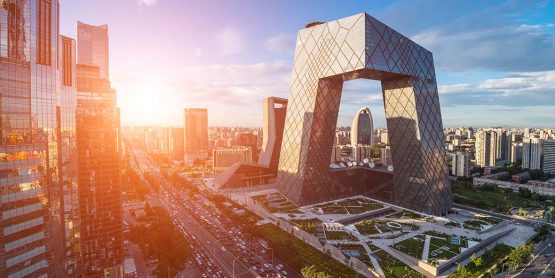 Relative to the MSCI All Country World index (ACWI), most South African investors would be underweight emerging markets (EM) in their offshore equity exposure. This is largely driven by the argument that South Africa is an EM itself, so the performance of the local stock market is already highly correlated to EM performance more broadly, and particularly to China.

However, Brian Arcese, co-manager of the Foord Global Equity fund, believes this argument misses how the EM opportunity is becoming far more nuanced. The Foord portfolio has been consistently overweight EMs relative to the ACWI since its inception in 2014.

“It is very difficult to get away from the fact that, over the shorter term, mathematical correlations are high between the South African and Chinese markets,” he said. “But I think it makes sense to be longer-term focused. We think that over time the true value from an investment is going to be a reflection of what earnings a company generates. And there you have divergence of the returns you might get from the South Africa market and investing in China or other emerging markets.

“If you look over a 10- or 15-year period, I think you will see that you get diversification. If you are investing in China, growth is higher, some of the tailwinds behind these companies, particularly on the consumer side, are powerful. And you will stand to benefit by diversifying into them more broadly and not just owning Naspers or Tencent.”

Gautam Samarth, manager of the Prudential Global Equity fund at M&G Investments, said that the broader argument that all EMs behave in the same way is also flawed.

“There are several factors at play, but we think this belief stems from the idea that EM economies are highly correlated, especially during periods of global economic slowdowns or recessions. Fundamentally, this comes from the belief that EM central banks are hamstrung during crises, as they are forced to raise interest rates to defend their currencies.”

“Such dynamics open the door for EM central banks to employ countercyclical rate cuts, and we have certainly seen several EM rate cuts in this most recent global health crisis. Furthermore, while the behaviour of EM assets during the March sell-off last year seemed to follow the historic pattern whereby all EM assets sold off, the differential outcomes in returns from subsequent phases have been stark.”

The benefits of being unconstrained

Neil Padoa, who co-manages the Coronation Global Equity Select fund, said that global investors also need to consider how innovation around the world is impacting investment opportunities in EMs. The Coronation portfolio has also carried a consistent overweight to EMs.

“If you’ve analysed Amazon for example, and believe it is a great business model, there are emerging market companies that are doing similar things at earlier stages of development,” Padoa said. “Any insight you’ve gained from analysing what matters in terms of the growth drivers and the economics of a business like Amazon should give you a leg up in understanding similar businesses in EMs.”

He believes global equity managers can benefit from this.

“Very few businesses operate in narrow geographic silos and so won’t be impacted by what is going on around the world,” Padoa said. “For the most part, the word is becoming more integrated and more interconnected, which means that what impacts businesses in certain areas is logically likely to impact similar businesses in other geographies.

“A research process that looks at these things around the world should be able to draw insight and leverage those in more under-researched areas. I think you get a lot of value from being more unconstrained as a global equity manager.”

“The US market just continues to ratchet higher, but the breadth there is getting narrower,” he said. “It is really driven by the tech behemoths. If you take those out of the market and look at underlying US growth both at an earnings and GDP level and compare that with EMs, particularly China, then it becomes clear that not including that piece over the long term could really be detrimental to risk-adjusted returns.”

And even though EM returns have underwhelmed relative to developed markets over the past decade, structural changes could lead to a rerating.

“We think it is possible that EM policy is much less correlated than it has been in the past,” said M&G’s Samarth. “This decoupling can feed into how EM assets are priced and potentially lower the required risk premium over time.

“However, much more importantly, the starting point of valuation for many EM equities is now extremely attractive, especially versus the developed world. There are some valid reasons for this – heightened political and regulatory risk and corporate governance concerns should command a higher risk premium.

“However, there is a tremendous amount of ‘scarring’ among global investors that have seen EM equities underperform DM [developed markets] by about 5% per annum over the past decade, which we believe has contributed to the current valuation gap. Should EM corporates receive relatively good earnings news in the phase ahead, the market might change its perception of the relative ‘riskiness’ of EM equities, potentially unwinding some of the excess risk premium.”

Buyers market?? Heard this story before….

That’s because most investors reading Moneyweb are heavily SA exposed and want the stability of developed offshore markets as a counterbalance to SA risk. At least from a depth of market and rule of law point of view.

Other EM’s offer returns but can be volatile – think Turkey, Brazil, Argentina and of course the new darling Red hot China.