Are the JSE’s gains sustainable?

There’s reason to believe there is support for these levels on the local market.
By Patrick Cairns 26 Apr 2019  00:29 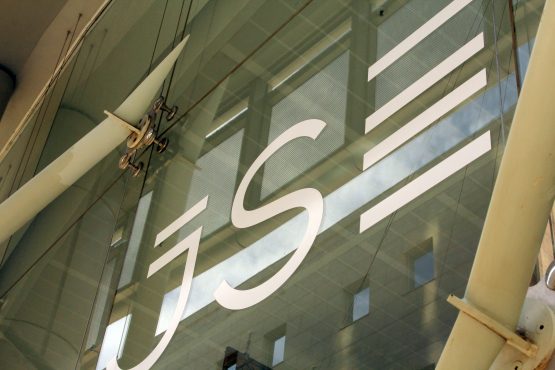 Flows from local institutions don’t reverse as easily as those from offshore, and it's foreigners who have been selling. Picture: Moneyweb

For the first three months of 2019 the FTSE/JSE All Share Index was up over 8.5%. This was a spectacular reversal from the weakness of 2018.

Read: JSE has its best quarter in more than a decade, but…

It also came despite foreign investors being net sellers of R25 billion worth of shares on the JSE in the first quarter. This was more than the total net purchases by foreigners over the whole of last year.

For the JSE to be climbing steeply when international investors have actually been a drag on its performance is something of a paradox, and one that has continued into April. The JSE is up more than 4% already this month, despite foreigners continuing to be net sellers.

It’s also worth noting that for the year to date the JSE is up very much in line with the MSCI Emerging Markets Index. This is well below the performance of the Chinese market, which has surged in 2019, but above the likes of Brazil, Mexico and India. The first is that there must have been a lot of support for the JSE from local investors. If foreigners have been selling so aggressively, the only way the market could be moving upwards is if there is a lot of money flowing in from South African institutions.

“The evidence we’ve been seeing is that big, institutional retirement funds have been increasing their allocation to South African equities,” says Nadir Thokan, portfolio manager at 27four Investment Managers. “Because equity markets sold off very aggressively in 2018, they are taking the view that valuations are now attractive and earnings have held up, and so they are gradually increasing their exposure.”

Interestingly, however, this is not reflected in the asset allocations of the 10 largest local balanced funds. As the table below shows, the majority of them had lower exposure to South African equities at the end of March than they did at the start of the year.

Coronation has notably decreased its local exposure, while the two Investec funds and PSG Wealth have upped their South African equity holdings. The rest are marginally down.

This does not, however, mean that all of the funds in that last category have necessarily been selling South African shares. The marginal shifts may simply be due to market movements, given that international markets performed even better than the JSE in the first quarter.

“The Capped SWIX was up 8%, but in rand terms offshore markets gave you 14%,” Thokan notes. “So naturally, if you don’t move your weighting at all, your offshore exposure would have gone up. It’s not that managers deliberately upweighted offshore. Offshore has upweighted itself because it outperformed every other asset class.”

The second point worth noting is that if it is not foreigners that have driven the JSE’s rise, then it is more likely that the gains made on the JSE will be sustainable. This is because flows into the market from local institutions do not reverse as easily as those from offshore.

Emerging markets in particular can be susceptible to ‘hot money’ that comes in or out in search of quick profits. However, it is evident that this is not what is behind the JSE’s rally, and so it is equally unlikely that the market will retreat rapidly again because of such flows.

“The local equity market is not susceptible to a short and very sharp derating on the back of an exodus of hot foreign capital in isolation,” 27four suggests. “There would need to be other circumstances in conjunction with such outflows to spark a material derating.”

It is also significant, as the asset allocation table above shows, that large local asset managers remain broadly underweight South African equities. It is interesting to compare that average weighting against a group of smaller funds that have been top performers in the South African multi-asset high equity category over five or 10 years:

On average, these managers have higher exposure to local stocks. It is also worth noting that the Centaur, Aylett and Abax balanced funds all have more than 50% of their portfolios in local equities, whereas none of the 10 largest balanced funds do. All three of these funds are currently in the top five performers over the last five years.

This suggests that there is both plenty of room, and arguably good reason, for local managers to increase their exposure to the local market. That, again, would lend more support to the JSE.

This does not mean that there aren’t still significant risks in the South African environment. Those are obvious and apparent. However, it does suggest that the 2018 sell-off was overdone, and that the market is now rerating to more reasonable levels that should be sustainable.

Prices are rising because local funds are buying. They are not buying because of the great prospects for SA, but rather because they are getting massive inflows in the form of forced retirement contributions from the working class each month, but at the same time regulation 28 limits what they can take offshore. Lets not kid ourselves…SA’s immediate and long term prospects are pathetic. Would love to know where fund managers invest their own discretionary savings….in SA or offshore?

By that logic the JSE will always be going up because the inflows from retirement contributions are always coming in. Clearly, that isn’t the case.

Local funds can park their money in cash, bonds, direct investments, equities etc. but eventually the continous stream of contributions will force them to buy equities regardless of what the market or country does. After all, they have to appear to do something for their fees. If SA was such a great investment case, why is the clever money leaving? But hey, if you think SA looks great and JSE is rising based on a positive future, leave your bucks here. I have bought offshore equities since 2012 and are still waiting to be disappointed.

Your logic is completely flawed HS! If they were coming in from “forced retirement contributions” then nothing would have changed as those contributions equal out.

If you read the article properly there was a major outflow from external investors and that could only be balanced by a major inflow – not a balanced constant inflow.

….or balanced by the volatile rand vs dollar/euro.

No, I disagree; the views expressed in this comment should be rejected; there are many opportunities in the South African economy- even with all the challenges facing South Africa, the clever investor will find value as there are many good things happening. But at the same time, space needs to be made for everyone. But at the same time getting a grip on both public and private corruption will be so good for the country; more importantly a soon as Gauteng can paying their toll fees (leading by example), the faster foreign investors will put money back.

Are the JSE’s gains sustainable? No, not until after the next leg of the cycle in which the US market corrects by at least 30% – perhaps substantially more.

I hold a small portfolio (a couple of hundred thousand Rand) with seven counters in four sectors. I track the dividends actually received on a weekly basis, looking 52 weeks back. Over the last three years the dividends received over the previous 52 weeks in this small portfolio grew by 24% per annum. I know this is totally anecdotal, but maybe this is also part of the support story for the higher levels?

The benefit of long term investing makes this question irrelevant. What goes up must come down! And visa versa. The markets always come back after a collapse, it’s just living through the collapse that is the difficulty. Hence the old adage “ don’t put your eggs into one basket”. This way, you can enjoy the rallies and sustain an economic balance through the bad times.
Hopefully the current condition of the JSE continues after the election. The country needs some positive spin to keep us from totally giving up!

Sustainable – NO, just wait for junk status. I think a pertinent questions is, how much am I loosing by investing in the JSE? 5 years ago it cost you R10.5 for a $ and we all know what it costs now. So whenever you read articles about the JSE try look at all the graphs and stats with your $, Euro or pound glasses on. You could also ask yourself why have foreign investors been net sellers. Could it be that Rand depreciation consistently turns their gains into losses.