Artificial Intelligence: The future of finance?

Banks are already making use of AI on fronts other than the simple chatbots.
By Alex J Coyne 7 Sep 2017  00:01 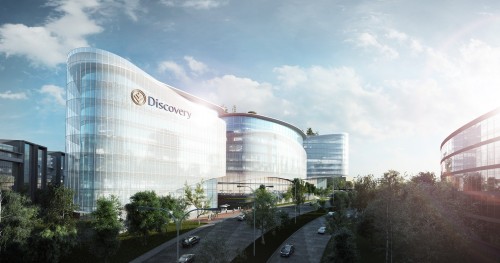 Discovery Health says it is already seeing positive results since the introduction of its artificially intelligent Virtual Agent. Picture: Supplied

Could artificial intelligence be the future of finance? Stock markets are overrun with AI traders, and Swedish banks now use AI chatbots or ‘virtual consultants’ to answer client’s queries; a move echoed by Discovery Health, Absa Bank and Lancewood.

In 2012, a glitch in the system on the US stock market saw Knight Capital Group mistakenly sell off $440 million worth of shares. What’s the deal, what’s the danger? We spoke to the big players in finance and AI to find out more.

The FSB on AI

“We are aware of the role artificial intelligence can play in the financial sector, particularly in the stock market,” says Michael Kabai, senior manager of Capital Markets at the Financial Services Board (FSB). “The FSB embraces any form of technology that promotes the protection of investors, reduces systemic risk and ensures efficiency, fairness and transparency of the financial markets.”

What of virtual assistants?

“Since the launch of the Virtual Agent, we are already seeing indications that Discovery customers who use the website are calling and e-mailing less because they are able to get immediate answers to many of their questions.”

Fatti says that they are hoping to enhance their Virtual Agent’s capabilities over time, and expect the trend to continue well into the future. Of course, he says, there will also be the option to switch to a human consultant should the query need it.

AI on the JSE

“At the JSE we don’t have AI deployed in our environment, but it is possible that some of our member firms may have deployed AI as part of algorithmic trading,” says Tshwantsho Matsena, information officer at the Johannesburg Stock Exchange.

There’s no reason to worry about a take-over either. “AI is technology like any other. It doesn’t overtake humans but rather compliments what traders do.  It is also too early to tell but as it matures there may be some other implications to the market,” he says.

What’s the deal with AI?

Artificial Intelligence is far more reliable than human traders at analysing information, says Arthur Goldstuck, author and CEO of World Wide Worx. “However, humans are better – for now – at assessing the mood of the market and determining the management quality of a company with great future potential.”

Banks are already making use of AI on fronts other than the simple chatbots. “The dealing rooms of all the major banks use AI in the form of algorithms,” says Goldstuck, noting that the size of dealing rooms have diminished drastically over the last five or so years.

Just what is the difference between the AI which drives a chatbot and the AI that works in the dealing room? “AI and big data make excellent partners. In the dealing room, AI is processing massive amounts of data and turning it into decision support.”

Goldstuck says that chatbots instead tend to go through a standard knowledge base, comparing it to asking Alexa for the weather versus asking it for the results of a soccer match. Subsequently, he notes chatbots provide rudimerntary AI at best – but they are still, he says, useful. As used by companies like Metropolitan Life, Goldstuck says it is like a co-worker that guides the consultant through.

Goldstuck notes that he would assume all stock market trends relating to buy/sell signals are supported by AI, however he also says that trades are “primarily driven” by human beings wanting to buy or sell.

Still, he says, any share trader that is not making use of AI to crunch numbers, spot trends as they happen and make recommendations based on it will be at a significant disadvantage.

“There is a massive move towards AI by cutting-edge traders in the USA.” he says. “Once they start showing superior returns, if any, it will spread rapidly to the rest of the world.”

“AI is a very broad area,” says Professor Thomas Meyer, head of Artificial Intelligence research at the Department of Computer Science at the University of Johannesburg. “The particular subarea of AI that’s generated interest in the recent five years is called Machine Learning: The idea that a machine can, with a minimal amount of data, be able to detect patterns.”

According to Professor Meyer, this last five years has seen AI making a large impact in industry. He says it can be used to calculate credit ratings in the financial sector. “What are the odds, for example, of loan repayment? On the stock market, it can make predictions about what goes up and down.”

The danger in this is not in a sudden, hostile machine take-over, but Meyer says that there is still more work to be done in determining whether these algorithms can be biased. “A system spits out answers without explanation of why they are reasonable ones.”

Still, he mentions that AI can be considered reliable enough to be used with a fair level of confidence, especially compared to what was available ten years ago. Even, he says, beating veteran players and science professors alike at a game of Go!

Or, if you prefer, investing your money.