Some of the world’s most cynical climate-change investors may finally be coming around.
By Nishant Kumar, Bloomberg 5 Feb 2020  08:19 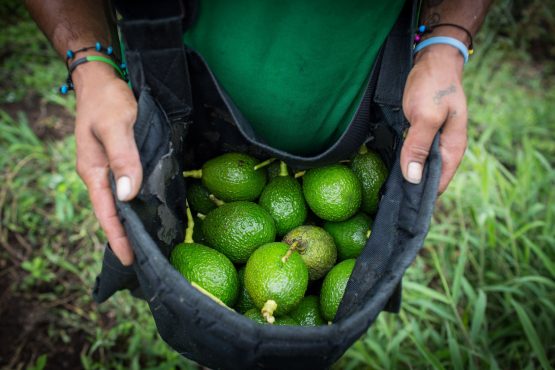 A worker shows a carrying bag filled with avocados during the harvest at La Regada farm in Salgar, Colombia. Image: Bloomberg

As clients prepare to reward and punish managers on their green credentials, more hedge funds are taking note and taking action — from planting avocado trees to dumping coal assets. It’s been a rapid change of heart: just over a year ago, fewer than 4 in 10 hedge funds felt environmental, social and governance factors were becoming more important.

But rivals that embraced ESG issues are now seeing record inflows, while influential investors are threatening to fire managers that fail to curb their climate risk. That’s making hedge funds face the prospect of losing their own clients in an industry that’s fast bleeding cash, amid a flurry of green pledges from the likes of TCI Fund Management and Algebris Investments.

“Whether one views this as a marketing ploy or a more genuine effort to mitigate their environmental impact, the outcome is unquestionably positive,” said Adam Jones, a partner at investment advisory firm Albert E Sharp. It’s “something our investment process seeks to identify in a fund manager.” Putting hedge funds and climate in the same sentence often invites sarcasm in an industry known for its uncompromising profit motives. But with $3 trillion in assets, and the ability to short stocks and demand changes at portfolio firms, they wield a forceful stick to reform polluters or back green companies.

Current leader of the pack is Chris Hohn. When the TCI boss held his annual investor day at the Mandarin Oriental hotel in New York last summer, a clue to the strategic path ahead for the feared activist’s firm was offered by the menu: a feast of vegan treats and not a slice of meat in sight.

In perhaps the industry’s clearest message to managements and boards, Hohn is pushing his portfolio firms to cut emissions or face consequences. With $30 billion of assets under control, he’s also called for the firing of managers who don’t press companies to reduce their carbon footprint. Hohn has even donated £200 000 to radical climate movement Extinction Rebellion.

While Hohn’s peers aren’t taking such a hard line, some are heading in his direction. Davide Serra’s $12.5 billion London-based firm Algebris is planting 25 000 eucalyptus, mango, orange, avocado and papaya trees across villages in Tanzania to offset its carbon footprint, joining everyone from the World Economic Forum to YouTube influencers in such programs.

“Investing is our mission and ESG is our soul,” Serra wrote to clients while announcing his plans to fight climate change last month.

Paris-based Lyxor Asset Management, which manages almost 170 billion euros ($188 billion) of investments and offers hedge fund strategies, is pulling out of firms that are heavily exposed to thermal coal. So far, it’s divested about 350 million euros. Cliff Asness’s AQR Capital Management runs $10 billion in low-carbon portfolios, while more than 80% of its $186 billion of assets use ESG-related trading signals.

Man Group, the world’s biggest publicly-traded hedge fund firm, has a policy to power its buildings with renewable energy where possible, with about three-quarters of its workers based in such offices. Billionaire David Harding’s quant firm Winton is helping to back early-stage companies developing cutting-edge renewable technologies, including nuclear fusion and solar energy.

Some of the world’s largest hedge funds such as Millennium Management, Renaissance Technologies and Marshall Wace declined to comment when asked about their ESG initiatives. The biggest of all, Bridgewater Associates, did not respond to requests seeking comment. When Algebris’s Serra announced his tree-planting plans last month, he also warned against “insincere gestures” and reminded industry participants of the role that credit rating firms played before the 2008 financial crisis.

The race for money managers to go green was turbo-charged by BlackRock Inc. just days into the new decade. The world’s biggest asset manager said climate issues would dictate its investment strategy and that it planned to exit thermal coal producers. Weeks earlier, Goldman Sachs Group Inc. said it would provide $750 billion for sustainable finance growth areas over the next decade.

The shifts aren’t surprising given the flood of money that’s chasing ESG opportunities. It’s one of the rare corners of the active management industry still pulling investors, with sustainable funds attracting a record 120 billion euros of cash in Europe last year, according to Morningstar.

“Shareholders, particularly large activist holders, can have real impact to drive true change by holding companies to account,” said Bev Shah, founder of advocacy group City Hive. You can “fulfil your fiduciary responsibility to your investors and hold companies to account for climate change.”