Bonds, tobacco and health care expected to shine amid the gloom BofA is also bullish on the rand, which it says is the most shorted currency among emerging market currencies. Image: Waldo Swiegers, Bloomberg

There isn’t much for investors to celebrate in South Africa, with economic growth lumbering along at a forecast 0.8% this year and 1.1% in 2021.

But there are a few pockets of hope amid the gloom. A recent survey of 15 fund managers by Bank of America Securities shows two-thirds believe SA bonds are undervalued (against 33% a month ago). The last time fund managers were this bullish on bonds was in 2013. There was consensus among the managers that SA 10-year bonds were a buy at 9.5%.

This comes on the cusp of a possible further credit downgrade by Moody’s, which cut SA’s sovereign rating from stable to negative last November. A further downgrade will bump SA from the FTSE World Government Bond Index (WGBI), resulting in a predicted sell-off as high as R117 billion.

Read: How significant is foreign ownership of SA bonds?

Fund managers surveyed by Bank of America (BofA) appear to agree with these sentiments, with more than half expecting SA to leave the WGBI in 2020. If we survive this year, the likelihood of being dumped from the index next year recedes, according to fund managers.

Only 7% of those surveyed have any hopes of government accelerating reform, and less than half see equities being higher within the next six months.

John Morris, ‎South Africa investment strategist for BofA Securities, says one of the key risks for fund managers is the weak earnings outlook in 2020, with Eskom’s well publicised troubles looming large over the economy. Less than a third of the fund managers surveyed have any hopes of a financial or operational solution to Eskom. 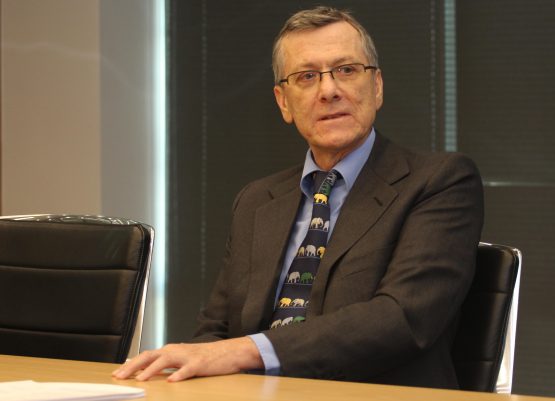 “If Moody’s downgrades SA, bonds can rally,” he says. “That tells us that a downgrade is already priced into the market. We’re also bullish on the rand, which is the most shorted currency among emerging market currencies. We may see a rally in the market in the first quarter of this year which could then peter out. Investors want to see evidence of government reforms and policy certainty before investing. But a bit of positive news can push prices by 20-25%.”

Fund managers have turned bearish on cash over the last month, turning their affections to bonds instead. They expect earnings growth of 8.1% over the next 12 months, which is better than the expected 6.4% recorded a month ago. For the third month in a row, fewer fund managers see the equity market as undervalued, though there are more buy and sell opportunities, making it a stock pickers’ market.

NHI risks ‘still some way off’

Optimism has returned to the bombed-out retail sector, with BofA recently upgrading Massmart on its announced restructuring plans. Pick n Pay, Spar and Mr Price are other retailers showing promise as we head into 2020.

Some 40% of fund managers expect the economy to improve this year, with nearly half expecting inflation to rise.

Two-thirds of fund managers say monetary policy is too restrictive and would like to see interest rates drop to boost the economy. There is a consensus view that the SA Reserve Bank will cut interest rates in 2020.

647000 Americans die every year in the US from heart disease.
According to Harvard Medical School 50% of heart disease in America every year could be prevented by living a healthy lifestyle.

1 in 4 Americans will die from heart disease. By 2030 Americans will spend about 3 trillion US dollars a year on health care and still about 40 million Americans won’t have any cover what so ever.

The China Study by Dr Campbell, his team and their China counterparts and research done by Dr Ornish showed that many diseases can be prevented through lifestyle changes.

How on earth does your brain connect anything in this article with what you just concocted?

This has nothing whatsoever to do with the article. Who cares what americans die from? This article does not concern american deaths.

Tobacco and healthcare both expected to shine? Could one be feeding the other?