All that glitters is not gold. Just ask India’s monetary and fiscal policy makers.

According to the World Gold Council (WGC), India imported an average of 900–1 000 tonnes (t) of gold per year for the last ten years. Of which, almost nothing is traded nor monetised, putting the country’s current account balance under strain (see below). Despite recent efforts to curb gold imports; such as a 10% import tax as well as an 80:20 supply curve, under which 20% of the gold imported into the country had to be re-exported, the country’s seemingly insatiable appetite for gold persisted. In 2014 its demand for gold, which plays a central role in Indian culture (see slides below), was the highest in the world. Although roughly 10% of demand is met internally through production of about 2t from the country’s Hutti Gold Mines, the secondary market and recycling, this is hardly enough to reign in India’s current account deficit.

To address this the government is launching two schemes in November, a sovereign gold bond scheme and a gold monetisation scheme, in a bid to reduce demand, boost supply and curb imports. It will also issue the country’s first-ever sovereign gold coins. According to Sudheesh Nambiath, senior precious metals analyst at GFMS, the coins are being billed as “Made in India” investment products. “The idea is to sell a standard investment coin to [the] public who may invest in the knowledge that they are not being short-changed on purity or incurring buying at higher margins,” he said via email.

Two billion dollars of government borrowings will be used to issue sovereign gold bonds in denominations of two to 100 grams for five to seven-year terms with fixed interest rates linked to the value of the metal at the time of investment. “The gold bond comes with a sovereign guarantee and the risk of gold price changes will be borne by a gold reserve fund that will be created by the government,” said Capital Economics’ Simona Gambarini from London.

Through the scheme, which Nambiath refers to as a “vanilla investment scheme”, government aims to reduce the demand for physical gold. About 300t of gold bars and coins, equivalent to 35% of India’s gold import bill or about $34bn in the previous financial year, are purchased for investment every year. Kotak Mahindra Bank, one of India’s largest private banks, sees the scheme displacing 10-40% of physical investment demand within three years.

“Although it is not backed by physical gold immediately, the best thing is, it is ringing in an era where the savings appetite in gold is being leveraged to reduce borrowing costs,” said Somasundarum PR, the World Gold Council’s MD for India. Gambarini says the funds raised through the scheme will form part of the government’s borrowing programme and may reduce costs by 4-5%. The gold monetisation scheme is geared toward putting the country’s idle gold holdings to work. According to WGC estimates, right now Indian households hold between 22 000 to 23 000t of physical gold. The scheme will allow individuals, its main target market, to deposit a minimum of 30g of gold in either jewellery or bullion at banks for at least one year and earn tax-free interest on the deposit.

For short-term deposits, interest rates will be entirely dependent on banks while rates on long-term deposits will be determined by government, in consultation with the Reserve Bank of India. But since banks have to sustain high upfront costs, including assaying, vaulting and transaction costs, it is unlikely that they will be able to offer high rates. BullionVault quotes ICBC Standard Bank’s precious metals strategist Tom Kendall; “Those are likely to be a long way below Rupee cash interest rates – currently at 4% with 8% paid on one-year fixed deposits”.

But Somasundarum says gold scheme rates will be in gold terms and pegged to the dollar whereas returns on the fixed investment accounts are in rupees.

All gold deposited under the gold monetisation scheme will undergo a series of tests to determine its quality and value and will be melted into gold bars for either storage, auction, to replenish the central bank’s gold reserves, the production of sovereign gold coins or loans to jewellers.

Taking the sentimental value of gold in to account, Gambarini says, “One of the main issues is you will never be able to get YOUR gold back. And why would you want to melt your jewellery, you can wear it, use it and put it to purpose but you can’t wear a gold bar. If you wanted a gold bar, you would buy a gold bar”.

Somasundarum is more positive, saying that 70t to 100t of gold is already recycled through jewellers on an annual basis, but he says global recycling is very opaque and that the monetisation scheme will likely result in a more organised sector. “Right now, there is no single institution or centre of authority in India that looks after the $40 billion [gold] market. There is no bullion bank, no gold exchange and no government department that manages gold, it won’t be an exaggeration to say that there is no single price for gold in India. It is just left in the hands of half a million unorganised family jewellers,” he said.

Analysts don’t expect this scheme to be a huge success nor have a material impact on the gold price. Somasundarum says India is expecting to collect 10t to 15t of gold in year one and about 100t to 150t at peak. “Under a previous scheme set in 1998, it took 15 years to collect 15t. Now, if we collect 15t in one year, we save 14 years in the new scheme – that is a better way to evaluate the scheme’s success.”

And he labels fears that any future success of both schemes will be bad for the gold price as “myopic”, saying the schemes will unleash gold as an asset class and do what gold is intended to do: spread prosperity. 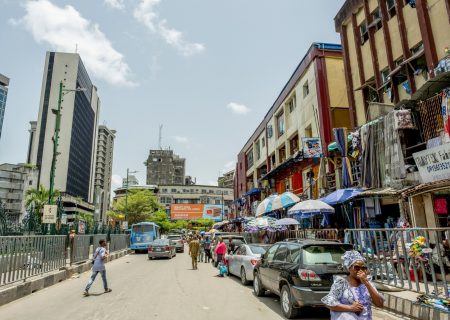