Silver streak on the cards?

Are record coin sales and supply cuts setting the silver price up for a rally?
By Prinesha Naidoo 4 Nov 2015  03:27 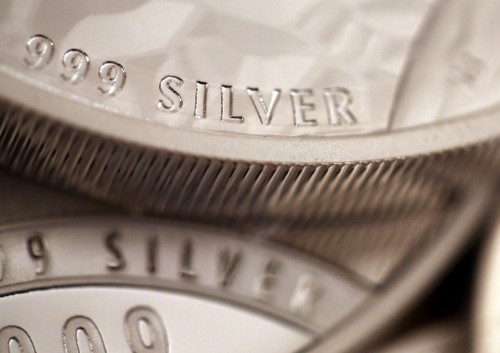 JOHANNESBURG – It is called the ‘poor man’s gold’ and has tracked the price of the yellow metal all year (see chart below), rising and falling in tandem as the prospects for non-interest paying bullion changed. Currently trading at $15.50/oz, has the time for silver come? Does the recent unprecedented shortage in silver coins coupled with a decline in mine supply mean silver is about to outshine gold? Capital Economics certainly thinks so, forecasting a silver price of $20/oz by the end of next year. Although the research house is bullish on gold, commodities economist Simona Gambarini believes silver will outperform gold next year, partly as supply constraints – driven by producer cutbacks in response to low commodity prices – will start to weigh on the market.

According to Gambarini, silver mine supply will buck the trend of rising at 3.2% per annum to fall by 1% this year and 3% in 2016 due to capital expenditure cuts at primary and secondary silver mines. She adds that the outlook for silver supply (largely a by-product of industrial metals such as gold, copper and zinc) is closely tied to that of industrial metals and that the commodities rout could lead to a “substantial” decline in silver output.

Data from the Silver Institute shows silver mine production rose 5% to 877.5 million ounces (Moz) last year. However, Gambarini says cost-cutting measures implemented by Glencore and BHP Billiton, the fourth and fifth largest silver producers respectively, stands to reduce global silver production by at least 6.3Moz a year. Should other companies follow suit, “silver mine supply could start to dry up soon.”

“The supply and demand equation in the silver market is distorted; supply is in severe trouble, and the demand is soaring. Basic economics say this is a perfect recipe for higher prices,” writes research analyst Moe Zulfiqar for Lombardi Financial’s Profit Confidential.

Indeed, as the silver spot price plunged to six-and-a-half year lows mid-year, demand for silver coins skyrocketed such that mints in North America and Australia struggled to keep up. Silver, like gold, is considered a hedge against currency and stock volatility which is why some investors like to hold the physical commodity. In the US, where more than 40% of silver coins and medals are produced, the 20% plus premium of American Eagle silver coins to the spot price of silver (see chart below), suggests coins are in far greater demand than ‘paper’ silver. About 50% of demand for physical silver is linked to industrial use. “We anticipate industrial production in China, the US and Europe to strengthen in 2016 and expect this to translate into a 3% increase in silver demand for industrial applications next year,” says Gambarini. She also expects jewellery demand for silver to remain strong.

This, coupled with renewed positive investor sentiment, sees Capital Economics expecting silver to trade around $16.50/oz by year-end, then rising to $20/oz at the end of next year. Gambarini says the forecasts are based on the company’s positive sentiment toward gold, which it expects to rally from its current levels of around $ 1,137/oz to as much as $1,400/oz in 2016. “This would then only require a small fall in the ratio of gold to silver prices (see chart below) to around 70, compared to current levels of around 72.5 ($1,160/$16). However, even if gold settles at around $1,200, a rally in the price of silver to $20 would only require the gold/silver ratio to fall to 60, which would be close to its long-run average,” she says.