Coronation, Peregrine and ARC the first to list on A2X

As bank earnings collapse, how bad can it get?
Rand hits 11-week high
Rand strengthens to below R17/$, pandemic investment opportunities and battle of the banks
CLICK THIS COMPANY MORE COMPANY NEWS SENS
NEDBANK-P A2X's CEO Kevin Brady says they are thrilled to kick off with such high calibre issuers and brokers. Picture: Shutterstock

A2X competes directly with the JSE in that it allows companies already listed there to list and trade their shares on an alternative market. It therefore has to compete on price and the service it offers to local brokers.

“We are working closely with many of the remaining top ten stockbroking firms to have them signed up before the end of the year,” A2X’s CEO Kevin Brady noted in a statement. “We are thrilled to kick off with such high calibre issuers and brokers.”

He added that he believes A2X will be able to offer a compelling proposition.

“By using the latest technology and free of the legacy business practices that hamper efficiency, we have been able to materially reduce the cost of transacting and this benefits all participants including the end investor and pensioner,” he said.

Companies that obtain a secondary listing on A2X should benefit from increased liquidity in their shares. Director of Peregrine Equities, Tshepo Maseko also pointed out that: “Internationally, stock exchange competition leads to improved responsiveness and innovation as well as service-oriented capital markets environments. This is positive for brokers and has the potential to lift the market as a whole.”

It would be interesting to see the liquidity of securities on the new exchanges given their (lack of) exposure with online stockbrokers. 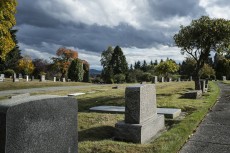