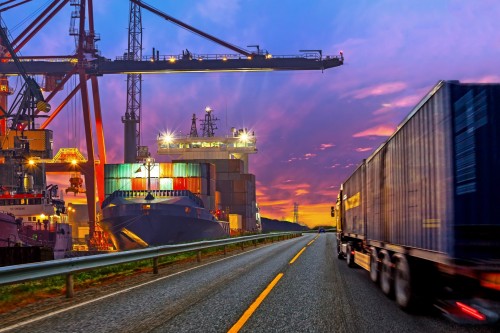 I’ve been quite open about my bullish view on this JSE-listed small cap stock (see my historical thoughts here), and I hold it in my and many of my client’s portfolios.

The stock rose on this news and has itself more than doubled in the last 12 months.

Yet the stock still trades on a measly 8.3x price-earnings (PE) ratio, while that trading update puts Santova shares on a PE of between 5x and 4.8x. Why?

I’ve been speaking about Santova for years and have encountered a range of counterarguments. This is healthy and nothing to shy away from.

All good investment cases should be debated openly. These arguments are summarised below along with my rebuttals.

‘Santova is a South African business’

My rebuttal: While ‘Santova Logistics Ltd’ is incorporated in South Africa and its shares are listed on the JSE, the group’s H1:22 results showed that around 90% of its earnings came from outside of South Africa. Incorporation and listing are incidental, but earnings and cash flows are reality. Through that lens, Santova is not a South African business but a global one. Should it not, therefore, attract a global rating?

My rebuttal: South Africa is the only country that places the tax collection burden onto the clearing and forwarding agents for import duty and related. Santova follows legislation here, pays the tax over immediately and then collects it from the client (while earning an attractive interest rate on this effective lending arrangement).

You can regard the following graph of conversion of operating profits into operating cash flows as proof of this. ‘Santova is a small/micro cap’

Using the low end of the trading update’s range of Heps, if Santova shares traded at this multiple, the group’s market cap would be R2.3 billion (in other words, nearly triple its current share price).

Even at half that multiple, Santova would still have a market cap greater than R1 billion.

My rebuttal: Firstly, see the above point about Santova’s size. If the share traded on a comparable multiple, the share price would be higher, and thus the rand-value of free float (and related liquidity) would be better.

Secondly, while its illiquidity may be a valid argument from an institutional perspective, from a retail investor perspective I disagree.

This is an opportunity to outperform. Let the fund managers buy Santova stock from you at a much higher multiple after years of growth once its ‘liquidity’ can finally be absorbed by the stock.

‘Santova is listed on the JSE’

My rebuttal: A world of capital is incentivised to find great opportunities, and a fair share of this capital is ‘exchange agnostic’.

This argument might hold weight if Santova was a large weight of a major index, and thus passive flows distorted its price. But it is not, and the JSE listing is thus a moot point.

My rebuttal: Global trade is a such a vast market that it can accommodate many large players. Plus the large established players often have legacy systems (you can read up about the billions of dollars written off by UTi Worldwide and others trying – and failing – to modernise their core technology platforms).

Thus Santova can compete agilely with them – much like how Capitec has beaten the older, legacy-heavy retail banks.

In fact, the revenue growth rates below show that Santova is beating most of the older, legacy players – and I expect this gap to keep growing larger. In conclusion, given what I believe is a fair debunking of the above counterarguments against Santova’s investment case, I retain my view that, from these levels, Santova could be a multi-bagger investment.
Read or listen: The small-cap sector, a really tough place to pick winners

Listen to Simon Brown’s interview with Santova CEO Glen Gerber in this MoneywebNOW podcast (or read the transcript here):