The US looks very expensive, and other markets also seem to be offering little value.
By Adriaan Kruger 11 Nov 2020  09:01 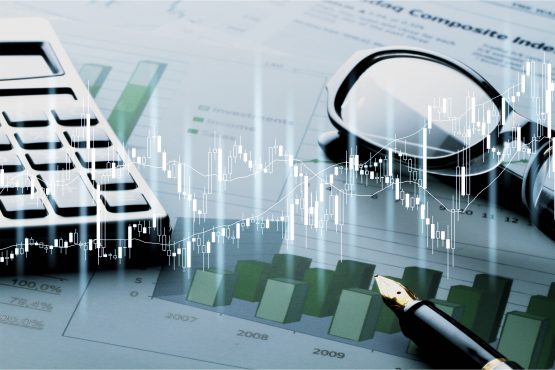 Investors should brace themselves for lower expected returns across the board. Image: Shutterstock

An investment analysis by global asset manager Schroders shows that it’s currently difficult for investors to find value on any of the world’s popular stock markets.

Shares have run hard, despite economic uncertainty and the ongoing Covid-19 pandemic that has forced several countries to reintroduce limitations on movement and economic activity.

“While the virus itself hasn’t gone away, as far as financial markets are concerned, the pit of misery was back in March,” says Duncan Lamont, head of research and analytics at Schroders. “At that point, a typical global stock market portfolio had haemorrhaged around a third of its value in just six weeks.”

Since then, markets have recovered sharply. Towards the end of the third quarter, US stock markets had increased by 54% and emerging markets, on average, were up more than 40% compared with the low point in March.

Source: Schroders
Returns in local currency terms, from low point of the year; precise low point varies by market, but all fell between March 16 and 23.

Most stock markets have increased even further since the date used in the Schroders research report.

In hindsight, it is easy to say that the ‘peak of despair’ in March created some fantastic buying opportunities, as is often the case in such situations, says Lamont. He adds that many investors would have found it unbelievable that this recovery could occur while economic growth and company earnings collapsed and dividend payouts to shareholders were slashed.

SA investors have first-hand experience of reduced dividend streams, with most companies that have reported results recently announcing that they will not pay any dividend this year.

“A divergence between economic data and share prices is not as surprising as you might think. Stock markets are forward-looking, so the recovery partly reflects optimism that things will get better,” says Lamont.

“In this instance, governments and central banks have also underpinned the recovery with their ‘pedals to the metal’ on fiscal and monetary support.”

Lamont mentions asset managers’ normal warning that past performance is not a guide to future performance before posing the million dollar question: Which stock markets look cheap as we enter the final months of 2020?

His research unfortunately shows that most markets are currently quite expensive – and it was based on prices a couple of weeks ago, which were a few percent lower than now.

“The big downside of share prices having run so far ahead of company fundamentals [such as earnings] is that when we update our regular analysis of stock market valuations, it’s not a pretty sight,” laments Lamont.

“Whereas, back in mid-March, our valuation grid was a field of green, today it looks more like someone has spilled a glass of red all over the page.”

He adds: “Of the 25 measures of stock market valuations in the table [five markets and five measures for each], 19 are in expensive territory. Twelve are more than 20% more expensive compared with the median of the past 15 years.

“Nothing looks especially cheap. Investors have to brace themselves for lower expected returns across the board.”

Valuations versus history as at September 30, 2020

When considering stock market valuations, there are obviously many different measures investors can use – and, as most investors can testify, the indicators often give conflicting signals. While any measurement has its own benefits and shortcomings, it is noteworthy that most of the indicators that Schroders incorporated in this model, based on fundamentals, now show that markets are expensive.

For instance, current share prices in the US reflect a trailing or historic price-earnings (PE) ratio of 28 times compared with the average over the last 15 years of 18 times. Even given the disadvantage that the historic PE is based on the previous year’s earnings, it still shows that the market is very expensive compared with average levels.

Based on forward PE – taking into consideration earnings growth and the fact that share markets are forward-looking – most markets still look expensive.

The US market offers little value according to this measurement, while shares in emerging markets are also way more expensive compared with the average levels of the last 15 years.

Schroders also mentions that an obvious drawback of this measure is that it’s based on forecasts and no one knows what companies will earn in future. Analysts try to estimate this, but frequently get it wrong, largely “overestimating and making shares seem cheaper than they really are”, according to explanatory notes to the research report.

The picture looks slightly better when looking at price-to-book (PB) ratios and dividend yield (DY), but not that much. Many investors will argue that a share’s dividend yield, or a market’s average dividend yield, will currently simply be wrong as it is based on historic dividend figures and companies are mostly expected to cut dividends drastically for at least the current year.

The Schroders table would probably be showing much more red if the forward DY based on dividend forecasts was used.

The cyclically-adjusted price-to-earnings (CAPE) multiple – a PE ratio based on average earnings over the past 10 years with earnings adjusted for inflation to smooth out short-term fluctuations – shows that markets are not that expensive. Also known as the Shiller PE, it might give investors some hope for good returns over the long term.

Lamont comes to the conclusion that the US market is very expensive based on all the indicators.

“However, this in itself is not new. It has been expensive on valuation grounds for years, but has continued to outperform other markets. The so-called ‘Famag’ stocks – Facebook, Apple, Microsoft, Amazon and Google – have been beneficiaries of many trends which have accelerated this year: use of technology, cloud computing, working from home, online shopping and so on.

“In a world of low and falling growth, the impressive growth these companies have been able to deliver has been highly prized by investors,” says Lamont.

He warns that current share prices reflect “pretty heroic growth forecasts for the future” and it remains to be seen whether they can deliver.

“Regulatory glare is also increasingly falling upon them.

Risks abound and valuations are clearly expensive, but it would take a bold investor to avoid the US entirely within a global stock market portfolio,” says Lamont.

Valuations in other markets are cheaper, but they are far from being cheap historically.

In essence, getting into any share market today means that investors are not getting bargain prices like a few months ago. This might reflect in lower returns over the next 12 months.

A saving grace for stocks, says Lamont, is that pretty much everything else looks expensive too.

For example, cash rates and bond yields are depressingly low from an investment perspective.

“Investors have to put their money somewhere,” he points out. “This lack of attractive alternatives could help underpin stocks, despite unappealing valuations. It is also hard to see this changing any time soon.”

No. Those that provided the content for this article don’t really know what they are talking and/or haven’t looked properly for value and good investment opportunities. There are plenty of them out there. My 2s: if your investment manager holds the type of views reflected in this article, start looking elsewhere.

Agree. Hence why I don’t have an investment manager.

I have done it myself for the past 10 years and have outperformed every investment manager in SA over that time. Literally.

Incidentally, I bought when the markets fell at the start of lockdown and 2020 is looking pretty.

Could have multiplied my money x5 with Sasol, but I was shell shocked then.

Kindly advise what u trade or hold ? Coz i have been losing ??

Will appreciate your wise council and insight.

Market commentators are talking about a move from growth into value funds. This seems to have started already.

The market will always be chasing yield – Yield is king1

The Dollar/Rand carry trades are alive and well and will attract a steady flow of funds!

Supreme investment houses such as Ninety One and Perpetua have been exploiting the value opportunity for yonks.

The market just doesn’t believe them!

When global markets look expensive, keep your cash in the bank or buy some local financial shares.