Competitor AfroCentric has been quietly building up in the background – and its numbers are off the radar.
By Keith McLachlan 20 Jan 2021  00:01 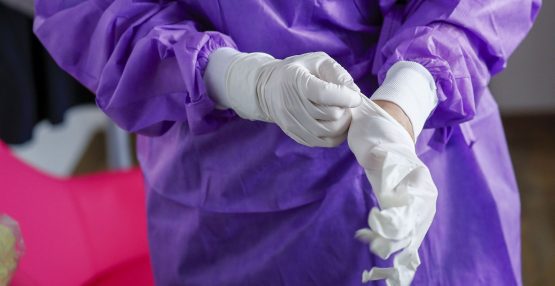 While its listed medical administration peer has expanded into financial services, AfroCentric has steadily grown further into the healthcare market. Image: Bloomberg

Having listed on the JSE in 1999, Discovery Limited has been a phenomenal success generating early investors multiples of their money.

The group administers Discovery Medical Aid (a separate legal entity to the listed company), and through data mining, clever incentives and cross-selling, has won huge medical aid administration market share and profitable growth. It has also built out a financial services offering expanding from insurance to its most recent launch of Discovery Bank.

Unfortunately, trees do not grow to the sky: Discovery’s core offering is seeing strong trading down from higher to lower end options; the scheme appears to have stopped winning many new members; the group’s banking start-up is losing billions; and the share price is down 16% over the last three years.

Interestingly, and rather quietly, a competitor has been building up in the background: AfroCentric Investment Corporation (ACT).

Medscheme has Sanlam as a strong minority shareholder and administers a whopping 3.8 million lives within its schemes, the largest being Bonitas and Fedhealth. Despite the difference in the market cap, this operating metric compares favourably versus Discovery’s ‘health lives’ of 3.5 million (see page 3 here).

Perhaps more interestingly, while Discovery has grown from its medical administration service into financial services, AfroCentric has steadily grown further into the healthcare market.

AfroCentric’s other businesses offer a range of healthcare-related technology services, pharmaceuticals and other healthcare products, and – quite interesting – runs a near-annuity-like logistics services for the delivery of chronic medications (which it has cross-sold cleverly into many of its schemes for its members’ benefit).

In fact, this move further into the healthcare value-chain has seen AfroCentric’s contribution from non-service related revenue grow quickly (+54% y/y in FY20!) to nearly rival its original revenues (Figure 1). These revenues are ramping up profits quickly too and the ‘Health Products’ segment saw its profits basically double in FY20 (Figure 2). Given this context, how does AfroCentric compare in terms of growth rates and valuation to Discovery (and perhaps Momentum Metropolitan Holdings)?

Figure 3 shows that AfroCentric’s revenue has a far superior five-year compound annual growth rate (CAGR) to Discovery (20% CAGR y/y versus only 10% CAGRy/y), yet the market has only rewarded the group with a third of its price-to-sales (0.4x versus Discovery’s 1.5x).

Furthermore, while Discovery’s price-earnings ratio (PE) has been blown out of the water by pandemic adjustments and its bank’s losses, AfroCentric is sitting on a very respectable 9.1x PE with an attractive 5.6% dividend yield. Read: Tips to make your medical aid work for you in 2020

Finally, far from NHI and the public sector’s potential encroachment on private medical aids being a threat, AfroCentric views this as an opportunity.

The group is strongly empowered, and indeed recently won the GEMS managed care contract in the public sector. If/when the NHI is upon us, AfroCentric is well-positioned to manage a good – and profitable! – portion of it.

Not that Discovery is a bad business – but AfroCentric appears well-positioned, faster-growing and potentially cheaper as an investment.

Doctors, medical professionals, medical equipment and medicines are not cheap. Medical inflation is not the same as CPIX.

Plus I’m a believer of the old saying “You get what you pay for”.

Totally agree, the kicker was being awared the GEMS contract. How they implement and manage this contract will indicate if they’re able to grow their business to the next stage.

With regards to NHI opportunity vs risk, this could pose as both, but what will make Afrocentric even more attractive to investors, is providing these services in the European/Australian/US markets.

That way there is a some diversification risk from NHI being implemented.

I think moving out of SA will be a bridge too far; ask many SA companies. It is very cosy here with a dash of BEE and some government work.

I’d like to see the more critical side of the analysis.
“If it looks too good…”

AfroCentric CEO: people did what they could to hold on to medical aid

AfroCentric CEO: people did what they could to hold on to medical aid