Foneworx graduates to JSE main board

There are two big changes on the cards in coming weeks for JSE-listed IT solutions and telecoms provider Foneworx. First, the company is moving its listing from the Alternate Exchange (AltX) to the technology and equipment sector of the JSE.

Second, its planning a name change. Neither event is likely to have any substantive impact on the company or on the confidence of its shareholders, but both speak to the changing landscape in which it finds itself.

The move to the main board of the JSE will come into effect from the commencement of trade next Monday, 3 November 2014. CEO Mark Smith says Foneworx qualied for the move years ago, and that it has been on the cards since then, but adds that before now the timing “simply hadn’t been quite right”.

At the same time the company’s board has announced its intention to change the name of the business from Foneworx to Cognition Holdings Limited.

“As we’ve moved from historically offering pure active-data services to more knowledge-economy services the name FoneWorx no longer seems appropriate,” Smith explains. “We wanted to change it to something that more accurately reflects our core business, hence the name Cognition.”

Smith says neither the move of boards nor the change of name is expected to meet with resistance from shareholders. He says both changes can be attributed to timing. “We held off moving boards, but now that that’s happening it seems a good time to rebrand, too.”

Cognition, he says, is a better name for identifying what the company does “because it emphasises the fact that we’re moving more into consulting, knowledge management and creation”.

“When people hear FoneWorx they invariably ask whether we sell handsets or voice-over IPP services,” Smith says with a chuckle. “Although we use telecoms as a bearer of our services, we’re not in the hardware business per se.”

Smith says most analysts surveyed by the company have agreed that the rebranding was appropriate.

Foneworx will continue to trade as such on the stock exchange until shareholders approve the change of name. Nonetheless, Smith says the JSE has already given the name change the green light.

Last month the company posted its provisional consolidated audited financial results for the year ended 30 June 2014. The results showed that Group revenue grew 10.1% to a record R118.2 million during the period under review, with much of that growth coming from the company’s MediaWorx division.

The company’s MediaWorx division grew its revenue by 35.9% to R57.7 million (up from R42.4 million in 2013). The division focuses on information and entertainment services.

Commenting on the results last month, Smith said that Foneworx’s solid performance was on account of it consulting with clients more closely and selling them more specific solutions that address their individual needs rather than trying to sell products for the sake of the sales team’s bottomline alone.

Smith also hinted that the company might look to make more acquisitions this year after it bought equity in two companies last year: a 44% stake in Livingfacts Proprietary Limited and a 35% stake in BMi Research Proprietary Limited. Changes aside, he suggests it’s business as usual at FoneWorx, whatever it comes to be called.

What is an investment multi-manager?

What is an investment multi-manager? 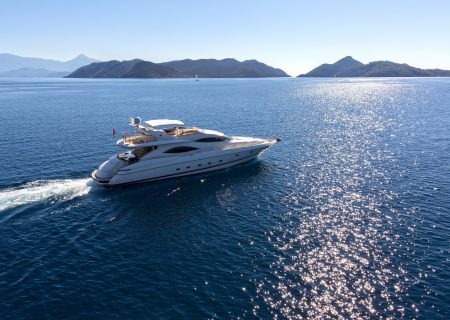