Where a company is domiciled matters less than fundamentals.
By Inge Lamprecht 14 Mar 2019  00:38 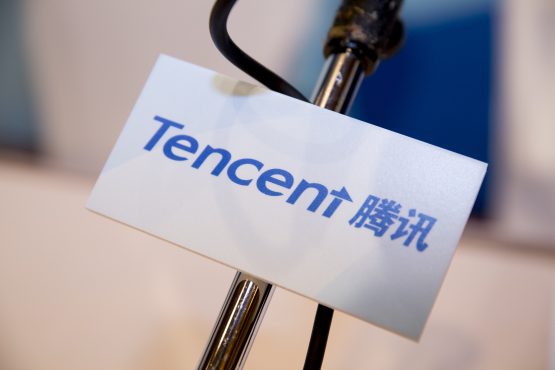 Naspers, which has a stake of roughly 31% in the Chinese group Tencent, is one of the few South African companies global fund managers hold. Picture: Moneyweb

In terms of global investments, how do you view South African investment opportunities?

This was the question posed to global fund managers during a panel discussion hosted by Glacier International.

After five years of dismal equity returns on the JSE, many local fund managers are more optimistic about the outlook for some local shares, but global managers have access to a much bigger opportunity set and are much less constrained. Do they echo these sentiments?

Ian Beattie, co-chief investment officer at London-based NS Partners, said there are a few companies that are well run and have access to some exciting opportunities – more than you would expect given the size of the economy and some of the headline data.

The quality of companies is better than average, said Beattie.

“When we look at the market as a whole, we have never been more bullish on South Africa, but we are still quite considerably underweight.”

The comment seemed something of a contradiction, and head of research at Glacier by Sanlam, Francis Marais, probed further: Why are you currently so bullish on South Africa?

Beattie realised his comment could be misinterpreted to mean that he is very positive about equity prospects in South Africa; what he wanted to convey is that his team is still bearish, but there has been quite an improvement from its stance in the past.

“We are less bearish than normal,” he clarified.

The firm has seen some improvement in monetary data indicators relative to other emerging markets and while it is nervous about the integrity of South African institutions in the very long term, some of these concerns have been removed.

Although this is still not enough for the firm to up its exposure to normal index levels, it is a lot better than it was, he added.

Neil Padoa, portfolio manager and head of global developed markets research at Coronation Fund Managers, said that in a global context, South Africa is considered a rounding error for most investors.

A minnow in a big pond

The local market represents only about 1% of the overall global stock market capitalisation. Moreover, this 1% is dominated by global businesses that happen to be listed in South Africa, such as Naspers, British American Tobacco and Richemont.

Many of the panel members stressed that company fundamentals and results are far more important than where the company is domiciled.

Padoa said that when Coronation constructs a portfolio, the idea is to look for the best combination of roughly 50 stocks to put in a diversified portfolio that offers attractive returns, and where risks can be managed.

Kevin Johnson, vice president and shareholder of US fund manager Dodge & Cox, said their process involved screening individual companies. Where they are domiciled is “less relevant”.

There are several large South African companies that it has looked at on occasion but ultimately decided not to invest in.

“We’ve looked at a company like Sasol in great detail and decided not to invest.”

It has owned Naspers for more than a decade, and it has shares in MTN.

Asked why it holds MTN despite ongoing difficulties, Johnson said a lot of the bad news around the telecoms group is already reflected in the share price, and although it clearly has some self-inflicted as well as imposed challenges, MTN’s assets are worth more than its current price.

Iain McCombie, a partner at Baillie Gifford in Scotland, said if they find companies that are interesting with a compelling investment case, they will also invest, but currently their only South African holding is Naspers.

Fake News !! We are going to junk and everyone knows it !!!

The real issue is relevance and risk. 1% of the planet is irrelevant and risks too high. Can buy Anglos, Biliton, Richemont, Tencent, Ansbauer, BATS offshore so truly local companies are actually way less than ,5%. Why take the risk in a low growth, corrupt socialist enviroment. Go elsewhere-which they have!!

Similarly, never seen anyone going to Zim to buy Old Mutual stocks when you can get it on the LSE.

Capital controls, currency risk, volatile tinderbox government have something to do with it? Maybe.. just maybe.

The Rand is the only frustrating question mark.

The E.C.B is printing digital money to prop up anything in danger of sagging. Investors money is the nickname. Receivers, favorites, can be anywhere located on the planet. If they obey, listening to instructions, money will return to owners as payment for, lets say imports. Resulting in a relative stable currency. With both sides happy. Receivers cheating, like printing themselves or otherwise, [Steinhof] have to deal with issues we call Zimbabwe.

I think everyone, including global fund managers, are viewing South Africa with increasing alarm and concern. I guess what that means for fund managers is the required return they place on equity investments here is likely to be higher i.e. this is a riskier place to invest. You cannot have politicians talk about the slaughter of a race group, drop comments about wanting to nationalise this and that, unreliable and increasingly expensive electricity, militant unions, unskilled and poorly educated workers, EWC, rampant crime and corruption and expect anything else but alarm and concern. However, you cannot tell the ANC anyone and they have to learn the hard way (with citizens paying the price in many instances) and hopefully the upcoming election will give them the jolt they desperately need (but don’t bet on it).