Is it more important to minimise losses when markets are falling, or to out-perform when they are going up?
By Patrick Cairns, Citywire 19 May 2020  11:03 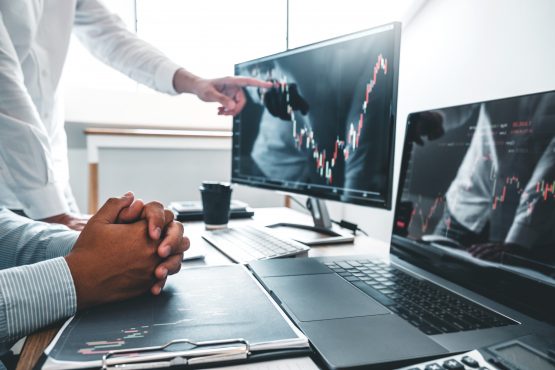 It is rare that markets deliver two months back-to-back like they did in March and April. The FTSE/JSE All Share Index (Alsi) dropped 13.3% in March and then raced up 14.0% in April.

Ultimately, over this two month period, the index was down just 1.1%. In other words, it almost got back to where it started.

This sharp V-shaped event allows an extraordinary opportunity to analyse an important investment question – is it more important to minimise losses when markets are falling, or to out-perform when they are going up?

It also provides the chance to see how many managers are able to do both.

To do this, Citywire analysed the returns of the 176 funds in the Morningstar South Africa and Namibia Equity category over this two month period. We broke the universe into performance quintiles for March, April, and then March and April combined.

The first finding is that consistency over the two months was highly elusive. Only one fund appears in the top quintile for both March and April. That is the APS Ci Equity fund of funds.

As the graph below shows, the best predictor for which funds would perform in April was actually how poorly they had done in March. Nearly 75% of the top performs in April came from the bottom two quintiles the month before. To some extent, the reverse holds true as well. As the graph below shows, the majority of funds that were bottom quintile performers in April were in the top two quintiles in March.

There were however six funds that were in the bottom quintile for both months. What is particularly noteworthy is that the two top-performing funds in March, were the second and third worst performers in April. The IFM Technical fund was down just -0.3% in March, and gained only 1.8% the following month. The Sanlam Stable Growth fund lost -2.1% in March, and was up just 2.0% in April.

From this comparison, there is therefore little indication of whether the March or April returns of these funds was ultimately more important. That only becomes clear when the returns over both months are combined. Then an extreme distinction emerges. There is, however, almost no relationship between how funds performed in April and how they did over the two-moth period. As the graph below shows, there is an almost equal representation of funds across the April performance quintiles. The obvious conclusion is that when looking at the top funds over these two months, how they performed in the recovery period was far less important than how well they protected capital in the crash.

Making this point even more strongly is the fact that every fund that was a top quintile performer in March ended up in at least the top two quintiles when March and April are combined. Even though 37.1% of them were in the bottom quintile for April, they all still out-performed the average fund over the two-month period.

While this is an extremely short-term analysis, the conclusion is nevertheless clear: the managers who are able to minimise losses in the bad times are more valuable than those who out-perform in the good times.

This article was first published on Citywire, here.

”Un Oeuf is as good as a Feast”

This ”belated” protection could just be ”the dead cat bounce”/couldn’t it?

Well if you’ve worked in any of the larger corporates that you have mentioned, you would know that the people working there receive large salaries and huge bonuses and don’t add very much value.

The larger funds are often the ones for pension funds that corporate clients’ employees are forced into. They milk the fees of the large AUMs to pay those fat salaries and huge bonuses.

It makes no difference whether they have done well or not, the fees are percentage based on AUM so they will always get paid.

That is where the investor gets ripped off.

To me, if I gave my money to them, it was for them to grow it. They should only receive a fee based on what they grew it by. If they did no grow it, there should be no fee. If there is a loss, they should pay me.

But that is utopia in an industry that throws darts at data sheets.

This comment contains absolute rubbish on so many levels, best just to be ignored

Most equity funds have very little cash so this is about share selection. Value shares are chosen for the ability to survive into the future. Many momentum stocks disappear over time.