The quick jump shows panic selling would have been wrong, but that further recovery requires patience.
By Adriaan Kruger 12 May 2020  00:02 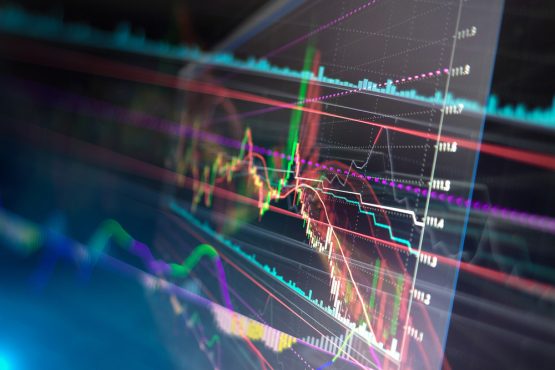 The share prices of most popular stocks plunged in March, then increased quickly, but are generally still below where they were at the start of 2020. Image: Shutterstock

Please note that the original article showed that Amplats showed a recovery of more than 5 000% but this is based on wrong data. We apologise for the error.

World markets have recovered sharply from their recent exceptional lows, but are still far below pre-pandemic levels. The JSE also recovered, with some shares showing large increases from record lows, but at this stage a positive return for the year seems unlikely.

The JSE started 2020 on a subdued note, amid investor uncertainty regarding the SA economy. After increasing 13.8% in 2019 to start 2020 at 51 559 points, the JSE Top 40 Index hovered below 52 000 points while investors were searching for the odd share offering value that others might have overlooked.

In the middle of March the market crashed more than 30% when international markets fell, the coronavirus lockdown hit and Moody’s Investors Service cut SA bond ratings to junk – all within the space of a week.

Since then, most shares have recovered most of their losses and the index rallied a remarkable 32% to 47 343 points at the end of last week, just 8% shy of the levels at the beginning of 2020. The story generally holds true for most share markets around the globe.

However, looking at the JSE’s strong recovery raises questions about the effect of the pandemic on the SA economy and the immediate outlook for businesses relative to that of developed countries like the US and European countries.

It takes only a little bit of scratching to show that most of the JSE’s largest companies and the heavyweights in the JSE index are by far not a proxy for local companies and whatever local conditions impact their businesses.

It is common knowledge that the largest shares on the JSE are all international companies and lots more are big exporters, whose earnings and asset value are linked to changes in the exchange rate, rather than SA’s economic growth, employment levels and consumer spending.

The US dollar is either the currency of choice for our international firms or the de facto benchmark for export prices. In addition, the US dollar has gained ground against most currencies lately, especially against the rand.

We saw the rand fall from an already-weak R14 per dollar at the beginning of January to as low as R19, before recovering slightly to the current R18.36 per dollar.

Comparing equity markets in a single currency not only shows the relative performance of the share markets, but also the performance of currencies. The following graph shows the Dow Jones, JSE Top 40, Euro Stoxx 50 and the FTSE 100 in rand terms over the last five years (indexed to May 2015 to accommodate comparisons). Source: Calculation based on data from investing.com

On the JSE, some shares jumped sharply after their sudden fall.

Not that this massive increase helped long-term investors much – the current price is still significantly below the pre-crash levels of more than R1 400.

Sasol dropped to R21 per share and recovered to around R83 to chalk up an increase of nearly 300% … once again, still far from the recent levels of more than R200.

A list of current share prices of popular stocks, compared to March 19 when the index hit its low, shows that most increased quickly, but the majority are still below where they started 2020. The predicted slowdown in the global economy indicates that it will take a long time to recovered fully and re-establish a growth trend.

Note, different data distributors show that Anglo American Platinum (Amplats) fell to less than R20 and show a recovery of more than 5 000% from this low, but this is based on wrong data, probably due from a mistake in JSE data It happens. In the past, before checks an balances in electronic trading platforms, so-called ‘finger trouble’ would also be recorded in data. That happened when a order was entered totally wrong and executed, for instance, selling shares at R40 instead of R400. These trades were usually reversed, but the data would still reflect the mistake.

Thus, Amplats recovered 144% from its low of R400, in line with the performance of Impala Platinum (Implats).

You also neglect to mention the sharp share price drop starting 21 Feb due to the ACP shutdown and subsequent declaration of force majeure.

No mention of the huge amount of liquidity pumped into the market by central banks to manipulate the ‘market’ back up? It is patently obvious that your markets have little correlation with the real economy and are a therefore a casino.

and add that monthly pension, insurance and annuity contributions continue to flow in. That money needs or should find a return better than the simple and declining interest offered by banks. But is there value to be had in a generally declining economy? I am not sure at all.

Why is Warren Buffet waiting for the real bottom?

Booming times. The informal booze and cigarette market must be booming to. It needed a boost to do the wanted. All smokers, boozers, are now depending on a supply from a NEW economy source, nicknamed informal. Food supply is next.

Confusion regarding the AngloPlat share price: It is correct that the price mid March was above R400 and I corrected the table to reflect this. The share price did plunge to R19 at the end of February due to the incorrect input of an order and the share did trade at the low price. I was wrong to say it was the hectic day in March.
I remember similar mistakes when I first started at a stock broker a few months before the closure of the trading floor and the move to electronic trading. Finger trouble cropped up a few times when dealers adapted to the then new technology after years of shouting orders on the floor.
In the early days such mistakes were usually reversed with a penalty of a big lunch paid for by the (very grateful) dealer.
The JSE later added an extra step to its trading platform that asked for confirmation when a dealer entered a price far from the market price to prevent mistakes.
This AngloPlats trade was apparently not reversed and somebody made a profit of 5000% on a few shares. However, the price is not a true reflection of the market.

If you want to write articles,you should check your facts. A simple study ofthe graphs would have shown that your data was wrong.

Oh, really Moneyweb – did you delete my post? Then let’s try this one!

Be careful what you wish for, and I know we are operating in an emerging market – but the Dragon Entered – the Big ‘’Vaccine-less Chinese Sneeze’’ and on top of it – we are not living a perfect world, but we must give ourselves and try (even just at first – just try to operate!)
Quantitative easing (QE) is an expansion of the open market operations of a country’s central bank. QE is used by the SARB to stimulate the SA economy by making it easier for businesses to borrow money. Under QE methods, the SARB bank will buy various types of Bank assets, etc. from commercial banks which increases liquidity in the flow of money in capital markets.
Most major central banks in the world started doing this successfully as an economic stimulus following the 2008 financial crisis. The US started QE 2020
On March 15, 2020, the Federal Reserve announced it would revive the QE program. It would purchase $500 billion in U.S. Treasury and $200 billion in mortgage-backed securities over the next several months. It wanted to make sure banks had enough liquidity to help businesses impacted by the coronavirus pandemic.
No funds change hands, but the central bank issues a credit to the banks’ reserves as it buys the securities. QE has the same effect as increasing the money supply. The purpose of this type of expansionary monetary policy is to lower interest rates and spur economic growth.
In the US 80 % of the now ”unemployed” comes out of the services industry: banking, communications, wholesale and retail trade, all professional services such as engineering, computer software development, and medicine, nonprofit economic activity, all consumer services, and all government services, including defense and administration of justice.

imho these markets are un-investable. I am all cash except one share

DogEatDog : Apple that I have had more than ten years.

I do think they are expensive, but I want to own them longterm so if I sold and bought back the net effect after CGT would require a price after crash that I doubt Apple will drop to. So might as well hold them through the crash.

Remember the days when SASOL below R400 was a buy…..

And remember when Oil was at $50 a barrel? You should comparea apples with apples to be fair.