The rally in global equity and bond markets may be premature. Is it time to look for buying opportunities?
By Izak Odendaal 3 Aug 2022  00:03 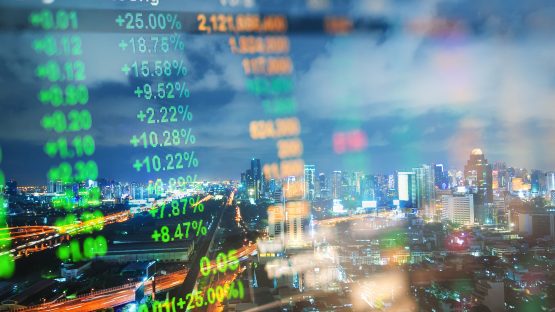 While there are risks in the current market, there are also buying opportunities. Image: GettyImages

July was a much better month for global equity and bond markets.

This is partly because the preceding six months were poor and a bounce is normal after a string of declines – but it also reflects hope of a soft-landing scenario, where inflation slows enough for central banks to back off before tightening their respective economies into recession.

While possible, the stars would however really have to align for such a soft landing to take place. The current rally, while welcome, could be somewhat premature. Although a large part of the inflation surge of the past year has been due to supply problems that central banks cannot address, there is a sizeable component that is the result of strong demand. Lowering demand requires a softer economy.

There is also still the risk that sustained high inflation – whether demand-pull or supply-push – can become ingrained and self-fulfilling. Hence all the interest rate increases over the past few months.

July alone saw 28 central banks hiking according to website cbrates.com, with only Russia and Uzbekistan going the other way. In June, 38 central banks hiked. Japan and China also remain outliers with subdued inflation and stable to lower rates.

Some of the hikes were big. Hungary, Canada and Pakistan were among six central banks that raised rates by 100 basis points or more.

For several emerging markets, the hikes are not so much in response to domestic inflationary pressures as they are to prevent capital flight in an environment of rising US interest rates and a strong dollar.

The US Federal Reserve – the most important central bank – raised its policy rate by 75 basis points as widely expected last week. This means the top end of the fed funds rate target range now moves to 2.5%, a level last seen in 2018. In fact, the 2015 to 2018 cycle peaked at 2.5% and the Fed soon backtracked and started cutting in 2019. 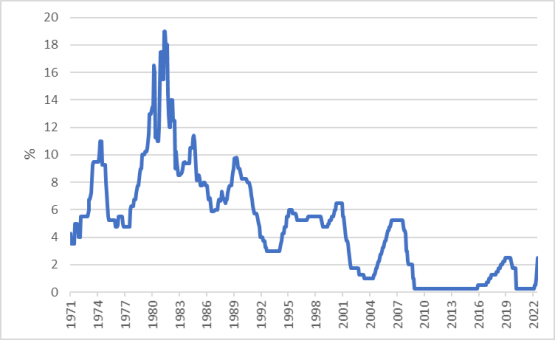 Markets rallied after last week’s announcement as many investors were either expecting something worse, or read signs of dovishness into the statement and subsequent comments at the press conference.

Looking at the performance of bond and equity markets and the pricing of money markets futures, investors now seem comfortable with a narrative that the Fed will halt interest rate increases by year-end as the economy slows and inflation cools, and that cuts will start next year. In other words, more or less a repeat of the 2018 pivot and soft landing.

However, the problem with this narrative is that either the economy will have to be very weak to pull inflation meaningfully lower – and a very weak economy is rarely good for equities – or the Fed’s priorities will have to change.

The Fed has a dual mandate, targeting 2% average inflation and low unemployment.

Over the past few months unemployment has been falling and inflation rising, and the Fed has therefore focused solely on inflation and put in a series of steep rate hikes.

But towards the end of year, we are likely to see falling – but still high – inflation and rising unemployment. In that environment it is not obvious what the Fed should or will do. Fed officials including chair Jerome Powell have reiterated that inflation is likely to remain the priority, until there is clear and convincing evidence that inflation is settling at acceptable levels. Declines in commodity prices are not enough, there will also need to be declines in services inflation.

Read: Commodities have lost 20% since June’s peak amid recession fears

At any rate, it might be too late to change course.

Interest rates are a famously blunt instrument and to make matters worse, today’s increases will only be fully felt a year or so down the line. Therefore, the risk of a hard landing – a recession – in the US and elsewhere remains very real.

Recessions are typically very bad for equity returns as company profits fall and many investors are forced to pull money out of the market to plug financial holes elsewhere. If inflation does not decline meaningfully, interest rate increases will need to be accelerated, increasing the damage to the economy.

Not in recession … yet

However, the official, and more useful definition of a recession is determined by an independent committee of economists at the US National Bureau of Economic Research who look for broad, deep and persistent declines in output, spending, income and employment.

Other countries don’t have such a committee, so many use the ‘two consecutive negative quarters’ as their rule of thumb. The first half of the year saw robust growth in employment and spending even if output contracted. Therefore, this doesn’t qualify as a recession.

The real recession in the US still potentially lurks around the corner if household spending continues to slow and unemployment starts rising. In Europe, it is energy prices and availability that is likely to be the catalyst.

Indeed, “gloomy and more uncertain” is how the International Monetary Fund (IMF) describes its latest outlook for the global economy. It cut its forecast for 2022 global economic growth to 3.2%. As recently as April it still expected 3.6% while in January it was 3.8%. The 2023 forecast is even weaker: as the cumulative impact of synchronised interest rate increases bite, global growth is expected to slow to 2.9%.

If realised, this would be third lowest growth rate in the past 20 years for the global economy.

Meanwhile, the IMF also raised its forecast for global inflation with a higher peak and slower expected decline. The good news is that we are now in peak territory but whereas in January it was expected that global inflation will decline to 3% by the end of next year, the IMF now expects it to be 4%. It expects US growth to slow to just 1% next year and Eurozone growth to 1.2%.

The outlook for the latter is particularly uncertain since the risk remains that Russia completely halts gas exports. Already, gas flows have been throttled under the guise of scheduled and unscheduled maintenance, hobbling Europe’s ability to increase storage ahead of winter. European natural gas prices have risen sharply during the month even as global oil prices have eased notably.

The IMF’s growth forecast for China is only 3.3% for this year, the weakest year outside the 2020 pandemic-hit in decades, with a moderate improvement of 4.6% expected in 2023.

The Chinese government’s growth target is 5.5% but that is clearly out of reach.

The only way to get there would be to pump more debt into the economy, but even that has limits in an environment where businesses and households fear a return to hard lockdowns. More notably, the key property sector is also under severe pressure. 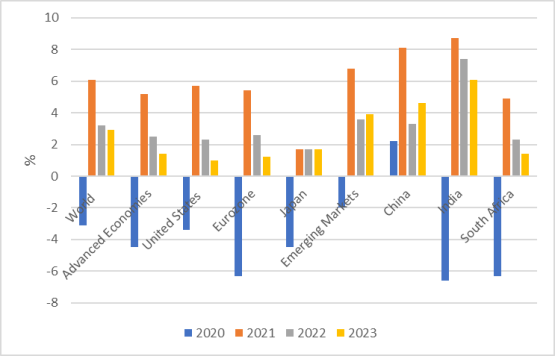 Policy changes need a transmission mechanism to impact the economy, and housing is a key channel.

In the US it is doing the job. Higher interest rates are drastically slowing sales and construction activity and should eventually lead to slower price and rental growth, feeding into lower overall inflation.

In China, however, the property sector is slowing despite low interest rates as it simply grew at an unsustainable rate for too long. Large developers are teetering on the edge of bankruptcy (several have tipped over) and there are increasing numbers of homebuyers refusing to make mortgage payments, fearing the developments they have bought into won’t be completed.

Unlike elsewhere, buyers in China start repaying mortgages during the construction phase of a development and developers use this as a key source of funding to complete the work. The government has now put forward funding for banks to refinance some of these stalled developments, but these interventions are mostly aimed at stabilising the sector, and not to use it as a conduit for faster economic growth.

As if the baseline forecasts are not gloomy enough, there are also a number of downside risks.

Obviously, the war in Ukraine could put renewed upward pressure on energy and food prices. Inflation could also prove to be sticky in many countries, requiring even more tightening than currently expected. As the IMF notes, “the exact amount of policy tightening required to lower inflation without inducing a recession is difficult to ascertain”.

In other words, for a soft landing to take place, we need inflation to subside to reasonable levels before economic activity collapses under the weight of rising interest rates. This will require skilful policymaking and luck.

Hope is not a strategy, however, so how should investors approach all this gloom and uncertainty?

Ultimately, it is all about balance, margin of safety and diversification. There are risks in the current environment as a recession scenario could see equities falling further. But there are also opportunities.

Not all countries, sectors and companies are equally affected by a global slowdown in terms of both its timing and severity, nor are all households within countries. Yet there will be resilient companies that are unfairly punished in terms of their share prices along with the more vulnerable ones as markets are already pricing in a fair chance of a recession happening.

Also keep in mind that equity markets tend to bottom and turn up before the economy does. For instance, in 2009 the S&P 500 bottomed in March while the recession only officially ended three months later. Markets look ahead.

Balancing risk and opportunity is part and parcel of investing.

The good news is we don’t need to make binary decisions. Money is divisible and can be allocated across different asset classes, sectors and securities. A portfolio can simultaneously have defensive and aggressive elements, just as a football team (like the victorious Banyana Banyana) has attackers and defenders and a goalie. It doesn’t have to be either/or.

For investors with shorter horizons who are sensitive to capital volatility, the next few months could continue to be tough, but higher interest rates give them more options for safety and yield.

On the other hand, if you have a long-term horizon, the focus should be on blocking out the noise and looking for buying opportunities.