Regardless of how badly the government messes up the economy.

Is the market more interesting now than it was a month ago?
What Ninety One is buying and selling
Cape Town’s V&A Waterfront plans ‘jewel in the crown’ development in post-Covid future
CLICK THIS COMPANY MORE COMPANY NEWS SENS
BATS

Is the market more interesting now than it was a month ago?
What Ninety One is buying and selling
Shoprite sells its six stores in Uganda
CLICK THIS COMPANY MORE COMPANY NEWS SENS
SHOPRIT 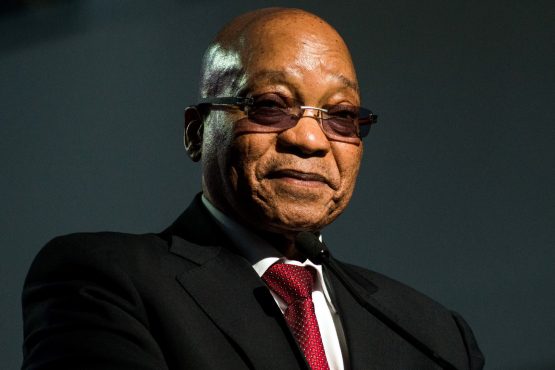 Over the last year, no issue has captured (pun intended) the minds of South Africans as much as the ANC succession debate.

Business leaders, households and investors alike have shared collective intakes of breath as the country has lurched from crisis to crisis. Most experts agree that the outcome of the ANC elective conference is binary.

If the Zuma camp wins, corrupt practices and inefficient leadership could remain, jinxing any possibility that SA’s economic growth might catch up with that of the rest of the world, thus threatening economic stability and service delivery.

If the Cyril Ramaphosa camp wins corruption has a better chance of being tackled and economic policies that are more conducive to economic development will be introduced.

The outcome might not be as binary as this, however local investors are thoroughly spooked and confidence, by most metrics is low. But, in the immortal words of British rockband Queen: ‘The show must go on’.

Thus the Moneyweb Investor began a conversation with some in the investment community – notably Perpetua, Gryphon, Denker Capital and Capilis – to determine which stocks will continue to prosper, despite the best efforts of inept ministers (eg mining) and their policy flip flops (renewable energy, digital migration) which have directly harmed industries and, by extension, economic growth.

Evidence of economic harm is visible in the rising number of retrenchments and poor earnings numbers of many listed and unlisted firms. Companies that have been “broken” or harmed by Zuma’s government include Consolidated Infrastructure Group and Gaia Infrastructure, which have both been stymied by a poor regulatory environment.

The construction companies have also suffered because corruption, a lack of skills capacity and constant management changes at SOEs have paralysed government infrastructure spending. (Of course the construction companies have scored some own goals too). Similarly Grindrod has been harmed by the slowdown in infrastructure spending, particularly in its rail division.

Adcorp is another victim of policy changes – in its case as a result of changes to labour legislation.

Facing limited growth prospects at home many local stars have invested offshore, often with dubious results. These include the likes of Woolworths, Truworths, Steinhoff, Brait, MediClinic, Netcare and Famous Brands.

Others such as SuperGroup, TFG and Spar have also gone offshore but the jury is still out on the success of their acquisitions and the market is being patient with them for now.

Finally, there are sectors such as healthcare and education where Zuma, via his subordinates, might yet wield a negative influence. Consider education companies like Pembury, ADvTECH, Curro, Stadio, which all have solid fundamentals, but where government involvement in the sector coupled with “free” education could disrupt the environment considerably. This risk is not priced in.

So, the question remains, which ten companies can’t be broken by Zuma and his band of merry men and women?

The obvious candidates are the rand-hedge stocks that have little or no exposure to SA. These include the likes of British American Tobacco, Reinet, Richemont (Rupert is a smart man after all) and Naspers.

One could also include AB InBev. This is a well-diversified global brewer and Zuma’s influence over SA beer drinkers is likely to be negligible, though like many rand-hedge stocks it is quite expensive.

Dual-listed Mondi, with operations in 30 countries, earns less than 9% of its revenue in South Africa is an attractive option. It’s a market leader, has earned returns on capital of above 15% for the last five years (closer to 20% for the last two years) and has a strong project pipeline, securing growth for the foreseeable future.

Bidcorp is another option. Separated from Bidvest and listed on the JSE in May 2016, it is a broad-line foodservice group that is present in developed and developing economies on five continents.

Corruption and the “Zuma invisible hand” probably have less influence over the fortunes of SA retailers. Having said that, Zuma’s government has a direct influence on the economy and consumer and business confidence has not been good for the retailers (in particular the clothing retailers).

While Shoprite is a highly defensive stock, Steinhoff will probably be least impacted by Zuma, given its offshore diversification.

Last but not least, investors should consider property stocks such as dual-listed Capital & Counties or Intu.

We live in hope, and as discussed above, the outcome of the elective conference could be binary. There is little doubt that a Ramaphosa win would put a fire under the SA stock market (and the rand), creating a market-moving event.

In this case one might want to consider an entirely different portfolio of stocks – with a bias towards the less-loved SA focused stocks. A possible portfolio should include companies with the following attributes:

1) Cheap domestic companies that are exposed to a domestic economic recovery.

2) “SA Inc” counters with offshore exposure. As a result of the poor conditions in South Africa, investors are not paying for the offshore operations in the current price.

3) Domestically-exposed companies that are trading on undemanding multiples given their defensive earnings stream.

4) Internationally-exposed companies that are trading on undemanding multiples given their defensive earnings stream and strong cash-generating abilities.

5) Companies that are exposed to some dollar commodity prices and a domestic cost base.

This portfolio, says Perpetua is well positioned to withstand not just the succession issue but also other global and business risks that investors have to apply their minds to.

Steinhoff ¿ is it a buy yet?

Steinhoff is definitely not yet a buy