Sibanye-Stillwater expects to recover from headwinds
Gold Fields buys Canadian Yamana Gold for R100bn
Should I invest in miners or their commodities?
CLICK THIS COMPANY MORE COMPANY NEWS SENS
AMPLATS 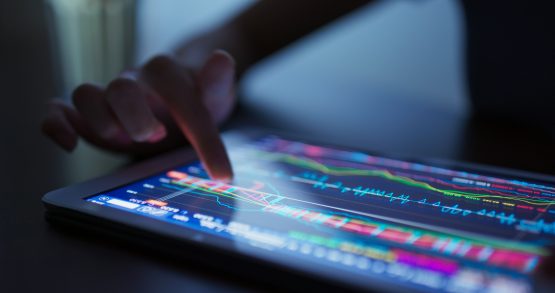 In times of pressure it’s usually individuals who sell while level-headed professionals will be buying. Image: Shutterstock

The JSE has not been kind to investors so far this year. Coming up to the half-year mark, the JSE Top 40 index is just more than 11% lower than its 67 113 points at the beginning of January and currently just about on par with where it traded during most of 2021.

In short, investors have seen only feeble returns – if any – for the last 12 to 18 months.

In addition, volatility would have tested the nerves of even the most seasoned investor and had the gunslingers trading index futures experiencing that hollow feeling in the pit of their stomachs more than ever.

Over the last two weeks it has dropped by nearly 9%.

Yet it does not look like investors are panicking yet, according to statistics provided by the Johannesburg Stock Exchange (JSE). The figures show no significant increase in trading volumes as is usual during a panic among SA investors.

This far into June, the value of shares traded on the JSE is the same as always. Just more than R177 billion worth of shares traded in the first two weeks of the month, indicating that the trade will be close to the average of around R400 billion per month over the last 10 years, unless investors start to worry and start selling.

May saw more trade amid a more volatile market. The month started with a big fall, the JSE Top 40 lost hundreds of points every day for seven days and declined by 5 500 points. Some R521 billion worth of shares was traded.

April was a better month; the index only fell 3 000 points. Trading was lower, with R456 billion worth of shares traded.

If there was a panic, it was in March.

The index lost nearly 7 000 points during the first half of the month and recovered 5 000 of them by the end of the month. Investors and short term traders were more active, buying and selling R787 billion worth of shares.

In fact, trading volumes during March were even higher than in March 2020, when the market took a dive after government announced the first Covid-19 lockdown. The market fell more than 18 000 points or around 35% then. Investors panicked and activity on the JSE picked up with the value of shares traded increasing to R774 billion. Source: Based on JSE data

The figures show a correlation between market activity and market performance, and at least a casual conclusion of panic selling on big moves. However, it is important to note that there is a buyer for every seller.

Fund managers usually warn investors not to panic, indicating that level-headed professionals will be buyers and individuals will largely be the ones panicking and selling at low prices, either directly on the exchange or forcing fund managers to join the stampede by opting to disinvest.

It is noteworthy that US investors and traders are currently complaining about the opposite with regards to market liquidity.

Apparently, liquidity on the New York Stock Exchange decreased to such an extent that traders are saying that a thin market is influencing share prices more than it should.

The Financial Times reported that small volumes are having a larger than expected effect on share prices in all US markets due to a lack of liquidity.

“Liquidity is now at its worst level since the early days of the pandemic in 2020,” says FT in a recent report, quoting a study of investors and US banks.

“Traders’ ability to seamlessly buy and sell stocks, bonds and other financial products on Wall Street has deteriorated sharply this year, adding fuel to the big swings on the world’s biggest and deepest capital markets.”

Read: Wall Street’s latest bear market may be here to stay for a while

It says liquidity across US markets is now at its worst level since the early days of the pandemic in 2020, quoting several analysts. “Relatively small deals (worth just $50 million) could knock the price or prompt a rally in exchange traded funds and index futures contracts that typically trade hands without causing major ripples,” Michael Edwards, deputy chief investment officer of hedge fund Weiss Multi-Strategy Advisers, told the FT.

In SA, stockbrokers used to describe the situation as one of the market being marked down, rather than trading down.

Local portfolio managers probably spent Tuesday urging clients not to sell, but it looks like the majority chose not heed this valuable advice. The JSE Top 40 dropped another 638 points to end the day just more than a percent lower.

Telkom lost nearly 10%, Sibanye-Stillwater another 5% and Kumba Iron Ore and AngloPlat more than 3% each.

It is anybody’s guess when the market will turn for its next upswing.

Colin Abrams, well-known technical analyst and founder of TheMarket, expects a respite soon, even if only another swing.

“My feeling is that world stock markets are due for a decent (and tradeable) relief rally very soon, perhaps starting this week. For example, we could see an approximate 12% rally on the JSE.

“But then there is a decent chance of another sizeable leg to the downside, perhaps culminating in a major bottom around September.

“Interestingly, the JSE All Share index has been outperforming the S&P 500 index in recent months on a relative basis (it’s fallen less), although clearly a longer-term under-performer (by a long way).

“The S&P, which really dictates world stock markets, is due for a good relief rally and then probably another leg down, culminating in that September bottom. To a large extent, it depends on the inflation situation in the US and whether, or how soon, it starts easing off,” says Abrams.

The bottom line is, as always, that traders must be flexible and investors must be patient.

Listen to Ryk van Niekerk’s Be a Better Investor podcast interview with John Biccard of Ninety One (or read the transcript here):

That headline reminds me of Gordon Forbes’ wonderful book about his tennis days on the circuit before it became all about the money and sponsors … it relates to him and his doubles partner Abe Segal in the changing rooms before a Davis Cup Match … buy the book. “A Handful of Summers”.