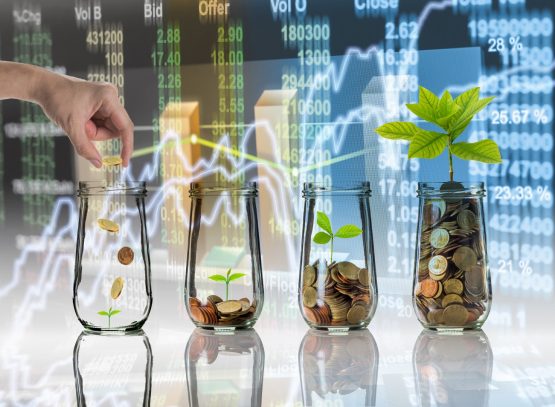 One of the top legal firms advising asset managers on ESG says the industry needs to brace for a more rigorous enforcement of regulations, effective immediately.

There’s “a reckoning” under way, said Sonali Siriwardena, partner and global head of ESG at law firm Simmons & Simmons in London. Despite pushing through a “tsunami” of ESG rules, it’s now apparent that “regulators aren’t necessarily looking at a grace period” to allow the industry to adapt, she said.

The comments come as ESG fund managers digest the crackdown that just hit their industry. On May 31, as police searched the offices of Deutsche Bank AG and its fund unit DWS Group, the authorities who sent them were setting a precedent for environmental, social and governance investing. The allegations of greenwashing that triggered the raid have been rejected by DWS, but nonetheless prompted the departure of its chief executive.

As if to underline the sense of a new regulatory era, word broke late Friday that the US Securities and Exchange Commission is looking into the ESG claims of Goldman Sachs Group Inc.’s asset-management unit. That’s despite the lack of a complete ESG rulebook in the US.

“I believe these are the first ripples of a wave of regulatory interventions that we are likely to see in the coming months,” Siriwardena told Bloomberg. “The number of ESG-focused funds has soared, so it’s no surprise that the regulators want to set expectations to maintain market credibility.

In fact, “regulators are under some pressure to almost have examples” as a way to encourage other asset managers to “fall in line,” she said. And for firms with global portfolios trying to navigate rules in several jurisdictions, “it’s an absolute nightmare.” Siriwardena declined to comment specifically on the allegations against Goldman Sachs, noting that the New York-based firm is a client of Simmons & Simmons.

SEC officials are examining Goldman Sachs’s mutual-fund business, and are trying to ascertain whether some investments are in breach of ESG metrics promised in marketing materials, according to people familiar with the matter. The inquiry is tied to two funds in that business.

And as scrutiny around ESG picks up, other major financial firms are adjusting their businesses to ensure that clients get more say over environmental, social and governance matters. BlackRock Inc. said on Monday it is expanding efforts to give clients invested in index funds the ability to vote their own shares on issues such as executive compensation and climate change.

The DWS case, meanwhile, is the first of its kind in Europe. Though the firm has been under investigation for alleged greenwashing since last year, a sense of complacency had set in. DWS had continued to expand its ESG business and clients seemed largely undeterred by doubts around the reliability of its ESG statements.

The decision by German authorities to suddenly shift gears coincides with a sense of unease among asset managers that the rules by which they need to abide are uncomfortably vague. What’s more, some regulators in Europe agree. According to the head of France’s financial supervisory authority, Robert Ophele, the lack of clear guidance around European ESG rules actually “fuels greenwashing.”

Europe’s landmark ESG rulebook for asset managers — the Sustainable Finance Disclosure Regulation — was enforced in March 2021. By being first, Europe was hoping to set a global benchmark. But the speed with which SFDR was pieced together has left it “incomplete and imperfect,” the European Securities and Markets Authority recently acknowledged.

Siriwardena said she sees a “huge divergence” in how SFDR is being interpreted not just by asset managers but by their watchdogs. “The whole proposition for Europe is a uniform approach. What we’re seeing in practice is that’s hardly the case.”

One of the main requirements of SFDR is for fund managers to categorise their products so clients know how green they are. An article 6 designation shows ESG has been considered, but isn’t really relevant. Article 8 denotes products that promote ESG characteristics. Article 9 — the highest ESG category in the rulebook — reflects an asset manager’s view that products under that label prioritise sustainability.

According to Ophele at the French regulator, the rules for Article 8 are so imprecise that interpretations vary wildly. “It’s fair to say that every national competent authority is implementing its own approach, if any,” he said in a recent interview.

Luke Sussams, an ESG strategist at Jefferies, said “the bar for Article 8 is so low because any quantification or prescription from the EU and from the highest level just isn’t there.” And “what we’re learning is the market is more than happy to take advantage of that ambiguity.”

Jefferies’ research suggests that “the names that are most held across the Article 8 funds have no real discernible ESG impact in the real economy,” he said.

But since SFDR was enforced more than a year ago, asset managers “have felt the pressure to have as many funds as possible meeting at a minimum Article 8 requirements,” said Hortense Bioy, global head of sustainability research at Morningstar Inc.

“Many distributors and fund buyers across Europe have said they would only consider funds in Article 8 and 9 categories going forward,” she said. So having those products on the shelf “has become a commercial imperative for fund companies.”

Siriwardena said clients will need to be able to “answer for themselves” whether they can defend their SFDR allocations. And there are some early signs that investors are starting to treat Article 8 with more caution. Morningstar data show that Article 8 funds experienced their first net outflows on record last quarter.

According to Germany’s public prosecutor, the raid of DWS was based “on suspicion of capital investment fraud” and misleading ESG marketing practices. The authorities investigating the firm may now have more material to test those suspicions.

“What happened at DWS is going to push asset managers to be much more careful about the things they’re saying,” said Sasja Beslik, chief investment officer at NextGen ESG. “This marks the biggest hit we’ve seen to the hot air and the empty promises over the past years.”