Finding the balance between local and offshore People should be aware of their own blind spots when it comes to making decisions about foreign investments. South African investors are close to a lot of political noise and it evokes a lot of emotions.

At a recent PSG investment webinar portfolio managers and wealth advisors addressed some of the blind spots with regard to foreign investments. (Blind spots are generally seen as a lack of insight or awareness about a specific area of one’s behaviour.)

After the recent unrest in KwaZulu-Natal and parts of Gauteng there was a lot of talk about investing fully offshore.

However, that is one of the blind spots to be wary about since the discussion remains relative to each individual’s circumstances.

Read: ‘You are free to choose – but not from the consequences of your choices’

PSG Wealth manager Morné Oosthuizen says personal circumstances change. It is quite possible that many young South Africans will end up working or living abroad.

“The question is whether the parents and grandparents will still need a large rand return or will their need for foreign currency returns increase.”

“That is because our circumstances can change to such an extent that we will need both domestic and foreign investments. For years we have seen currency investments as a long term investment, but now we will reach a point where we need income from other currencies.”

People often look at the amount of money they have when deciding where to invest. However, they should consider their entire balance sheet. “The average South African [relatively speaking] is going to retire with a paid-up mortgage, a pension fund amount, or business interests that can be sold.”

That means the individual’s biggest assets are in SA. Their pension fund is restricted to a 30% offshore exposure and most of the advice over many years has been to limit offshore discretionary investments to between 30% and 40%.

Tian Ebersohn, portfolio manager at PSG, says South Africans are part of the world economy and we are becoming world citizens. “We increasingly see people who either want to move abroad or have children there, and although they stay in SA they would want to visit their children.”

To live in SA, a rand return is then important. However, the rand is continuously depreciating against other currencies and South Africans will be able to do less and less with the rand abroad.

Read: SA proves to be resilient… in more than one way

“Therefore it is very important to protect your income or the buying power of the rand against depreciation, and foreign exposure will offer that protection,” says Ebersohn.

Hennie Fourie, PSG Wealth advisor, says whether one wants to or not, one cannot completely ignore the JSE.

“Most of our wealth is locked into retirement annuities or pension funds. Most of us have retirement savings and within these products the local share exposure always makes up the biggest part of the product.”

He says the JSE still counts among the top 20 biggest exchanges.

This means fund managers do have the option of investing in multinational companies that are invested in the JSE.

The nature and structure of the JSE is such that the top four companies dominate our stock exchange. “They determine the direction of our exchange,” says Fourie.

Ebersohn warns against this domination because of the concentration risks. He refers to Naspers which makes up almost a fifth of the bourse. Its exposure to the Chinese market through its holding in Tencent and changes to government regulations can result in significant movements in the share price.

Read: 6 points to consider when looking at offshore risk protection

That is why diversification is important. South Africans do not get exposure to the large international companies that are known as ‘the disrupters’. This includes the large technology companies such as Apple and Amazon.

Swart advises investors to always consider their asset class allocation when making investment decisions. If there is a sufficient share exposure in the portfolio the discussion about local or offshore becomes less relevant.

“The most important thing is to ensure that you invest in the share market and that you are invested in good companies who have the ability to adapt to the changing environment.”

When deciding on investing offshore it must be for the right reasons and not only because we have no confidence in the rand or the country.

Fourie notes that there isn’t a strong correlation between share markets and the economy or politics.

“We have seen that even though we are still in the thick of the Covid-19 pandemic, our market and foreign markets are at record levels. Markets are forward-looking and the expectation is that things may improve in the future.”

He adds that it is important to stay in the market, because to sit on the sidelines and wait for the economy to recover will be too late. Share markets recover before the economy recovers.

Listen to Simon Brown’s interview with Prandhana Naidu from Melville Douglas in this MoneywebNOW podcast (or read the transcript here):

Offshore investing is not about generating funds to travel abroad it is about getting a return in SA. If one had invested R100 000 offshore in 1980 today it would be worth R1.5 million just from the depreciation of the Rand. All investment advisors and the article above warn against trying to time the market yet the same people constantly talk about timing currency markets that is comments like one can lose money if the rand strengthens and the need to match the currency where one lives in case of currency fluctuations. Just like stock markets increase in value over the long term, African currencies including the Rand depreciate over the long term. The currency markets should therefore be treated like the stock markets where it is time in the market that is important not timing the market.

The other day there was a silly article on MW about offshore exposure in living annuities. The truth of the matter is that over the last 13 years now it has been a great strategy to have 100% offshore in your equity allocation, with no explore to JSE.Returns have been significantly better with lower volatility. But now that this is now longer possible, asset managers are trying to spin other stories.
In a recent 91 Asset Management report it finds that a 30% offshore exposure and with a 5% drawdown has resulted in a real decline in purchasing value. Yet I see no press reports on these findings. It says much about the way media commentary is manipulated and paid for.

The Rand is actually stronger than it was 5 years ago so there is no guarantee of a weakening Rand although given our Govt it should be a certainty .
I leave funds overseas more as an insurance policy than an investment : A reasonable mix means I’m covered if the Rand does a wobbly : A lesson learnt from the Zimbabwe scenario as our Govts appear to have similar philosophy’s .

Pension funds and Reg 28 props up the JSE and local industry. Else it will collapse.

Maybe some local bonds if you need SA cash. If you want to take a punt maybe max 5% SA equities. I give no more than 5% to China the second largest economy in the world.

Also the locals insist on owning the economy and that’s fine. So I don’t give 5% to be constantly diluted or stolen by a criminal government with a racist BEE policy in place.

As far as I know living annuities can be 100% invested offshore. Don’t be conned by “the industry”. In the article its not clear this is the case. Take your money and run.

In theory, but some living annuity providers have been forced to impose offshore limits this year. Most have reduced maximum offshore exposure to 60% of your total investment allocation.

“As far as I know living annuities can be 100% invested offshore.”

Legally true but practically the major management companies limit you to 40% due to reserve bank allocation constraints. Does anyone knows of viable alternatives? A life annuity will not protect you against a collapsing ZAR.

Diversification and time horizon are the most important aspects to understand.

Scaremongers make sweeping statements that may not be applicable to all.

The last thing you need in SA is to make large offshore investments and have to wait 5-10 years to show any growth. We have been through this in 2002. If you can wait that long then don’t worry about timing too much.

Diversification and asset allocation my top priorities. I have moved away from single stocks after continuous surprises from large companies.

I find ETF’s perfect and cheap and one can easily with ETF’s only construct a well diversified portfolio. In the US most portfolio’s these day’s are constructed this way.

Adding a hedge fund is my current challenge. Quite expensive and not so easy to analyze.

I’m not so sure. The idea that you invest more than 50% say in a country that is maybe 1% of the world economy is starting to gain traction with me. Add real uncertainty around riots, EWC, debt levels, unemployment etc and you have a big weight on the down end of the seesaw.

I want to get more offshore BUT those markets are looking a bit top heavy at the minute!

I doubt other than picking special cases that one would have done better offshore equity than buying SA Breweries 50y ago on the good old JSE. Same in reverse : despite pound : runt exchange rate, buying a dog like Glencore at IPO offshore was a bad stock pick.

I get ’emotional’ when media reports flies around when the ZAR has strengthened, stating the Rand had been the strongest currency after a certain period of run. Then I get ’emotional’ and convert to USD.

It paid off every time 🙂 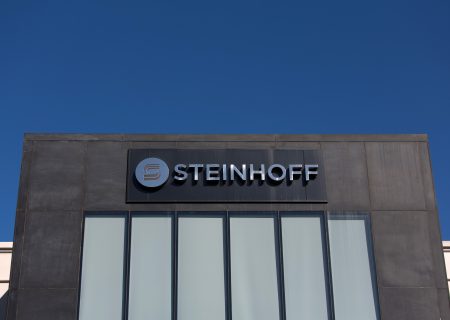