See how the JSE’s indices have been reweighted

Resource counters continue their fall from grace: the Top 40 now has only five mining counters.
By Patrick Cairns 22 Jun 2015  00:48 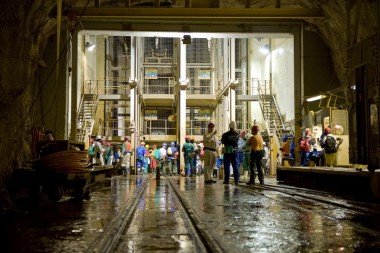 CAPE TOWN – The quarterly changes to the FTSE/JSE index series took effect at close on Friday June 19. Most of the local indices are updated to reflect changes in the market four times a year, although some are reviewed less frequently.

The most significant changes were in the Top 40, where Capitec Bank Holdings, Brait SE and MMI Holdings were included at the expense of Impala Platinum Holdings, Life Healthcare Group and Imperial Holdings. These same changes were reflected in variants of the Top 40 such as the SWIX 40, Equally Weighted Top 40 and Capped Top 40 indices.

Capitec, Brait and MMI have all enjoyed sustained strong upward momentum over the last three years. Capitec is up 113.89% over that time and Brait 303.74%. Although MMI has shown some softness over the last three months, it is still nearly 60% higher since June 2012.

In the case of the three counters that fall out of the index, only Impala has shown real weakness. It is nearly 60% down over the last 36 months. Imperial and Life Healthcare are both positive – 8.10% and 28.51% respectively – but their market capitalisations have been surpassed by the companies above.

With Impala following the likes of Lonmin, Assore and Harmony Gold out of the Top 40, the index now includes just five mining counters – BHP Billiton, Anglo American, AngloGold Ashanti, Anglo American Platinum and Kumba Iron Ore. It is now a long way from the resource-heavy index it was less than a decade ago before the financial crisis.

This shift is also apparent across the broader market. Harmony’s market capitalisation has fallen so far that it is no longer even a constituent of the Mid Cap Index. At this quarterly review it dropped out of the 100 largest companies on the JSE, meaning it is now considered a small cap. It is joined there by another company that was a significant player not that long ago, ArcelorMittal South Africa.

The two companies that move up into the Mid Cap Index to replace them are Zeder Investments and Vukile Property Fund. Zeder’s share price has surged over the last three years, up 206.74%. Vukile is relatively flat, but with Harmony and ArcelorMittal having shed 80% and 75% of their market capitalisations respectively over the past 36 months, it is now larger than either of them.

Because Times Media Limited was de-listed after being acquired by Tiso Blackstar at the start of June, it was deleted from both the All Share and Small Cap indices. Its place was taken in both by printing and manufacturing company Novus Holdings.

In the sector-specific indices, there was only a single change in the Resource 10. Assore’s declining market capitalisation saw it drop out, while Northam Platinum comes in.

The Financial 15 Index was not changed. Even though Capitec Bank and Brait SE are now numbers 14 and 15 on the list of the largest financial counters by market capitalisation, they are still on the reserve list. This indicates that the committee is waiting for them to show a sustained move before actually approving a change to the index.

There were no changes made to either the Industrial 25 Index or the SA Listed Property Index.