Has your money been better off with a big manager, or a small one? 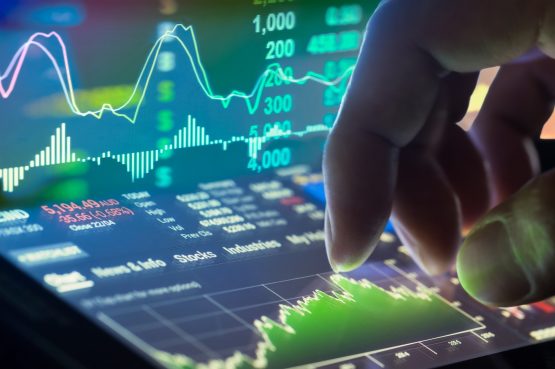 Smaller funds in the general equity category are more likely to be managed by true asset managers. Image: Shutterstock

Over the last decade and a half, the South African unit trust market has grown substantially. At the end of September 2004, there were 518 funds registered in the country. By the same point this year, there were 1 592.

A significant part of this growth has been due to the emergence of a number of boutique asset managers. There are now dozens of smaller firms offering alternatives to the big, established names.

These boutiques are also increasingly attracting interest from investors.

Data from the Association for Savings and Investments South Africa (Asisa) indicates that, overall, the CIA firms saw negative net outflows over this period. As did the group of ‘contender’ firms, which are mid-tier managers like Foord, Prudential, PSG, Abax and Prescient.

As the graph below shows, the largest net inflows were taken in by firms owned by banks and insurers – such as Nedgroup Investments, Sanlam and Old Mutual. The ‘challenger’ firms – boutiques like 36One, Rezco, Aylett, Centaur and Truffle – received the second highest.

It’s also noteworthy that this group was the only one of the four to consistently receive positive net inflows in every quarter of this period. In addition, the ‘challengers’ only saw lower net inflows than the CIA firms for four of the 20 quarters measured.

Over the past five years, investors have therefore clearly been favouring the funds offered by boutiques. The question is whether they have been rewarded for doing so.

At first glance, the answer might seem clear. According to data from Morningstar, smaller firms dominate the list of top performers over the past five years among both South African equity general and South African multi-asset high equity unit trusts.

Of the 20 top-performing equity funds over this period, only two are managed by one of the CIA firms – both by Investec. Six more are managed by asset managers backed by banks or insurers.

That leaves 12 funds managed by ‘contenders’ and ‘challengers’, with eight of those being boutiques.

Among balanced funds, the pattern is almost exactly the same. Of the 20 top-performers over five years, two are managed by Investec, and six by asset managers linked to banks or insurers. Once again, 12 are managed by ‘contenders’ and ‘challengers’, and nine of those are boutiques.

However, one also has to look at the other side of the coin. Of the 20 worst-performing equity unit trusts over this period, 13 are managed by boutiques. Among balanced funds, it is 17 out of 20.

This suggests that while boutiques have undoubtedly demonstrated the ability to outperform, they also showed the highest risk of underperforming. The CIA firms have no funds in the bottom 20 in either category.

A particularly noteworthy statistic to consider is the weighted average of these two categories, calculated by Morningstar. This shows the average fund return, adjusted for fund size. The larger funds are therefore given a relatively higher weighting in the calculation.

It is interesting to compare this figure against the pure category averages (means) and the performance of the median fund in both categories:

In both cases, the weighted average is higher than the mean. This indicates that, on balance, larger funds have performed better than smaller ones, although this is only marginally the case among equity funds.

The telling figure, however, is that the median multi-asset high equity fund meaningfully underperformed the weighted average for this category.

In fact, only 33% of balanced funds outperformed the weighted average. A very long tail of smaller funds did not.

To some extent, this reflects the enormous influence of the Allan Gray Balanced Fund, which on its own holds nearly a quarter of all the assets invested in this category. How this fund performs significantly shifts the weighted average, and it is in the top 25% over this period.

Even taking that into account, however, these figures do suggest that boutique managers, overall, have added more value in pure equity funds than they have in balanced funds. Larger managers have been more reliable in the latter category.

What this may reflect is that smaller funds in the general equity category are more likely to be managed by true asset managers. These are nimble stock-pickers, with strong research capabilities and lengthy industry experience. One would expect them to have a good chance of outperforming.

In the multi-asset high equity category, however, there is a proliferation of funds of funds managed by people who are not true asset management professionals, but brokers or financial advisors. These funds struggle to add any value, and, understandably, do not deliver long-term outperformance.

Lately I have been thinking my money is better off under the mattress. Or perhaps in a money market account. There are too many ‘advisers’ out there.

Why would you let someone else place your money on or horse race…or your chips on black or red…and charge you for it???
If you’re taking a risk anyway, rather take it yourself.
There are no refunds for bad decisions….so rather make the decision yourself!
Just my opinion

ETFs (like Sygnia and Satrix ) rather than active funds, if you want the odds on your side