How do you solve a problem like Naspers? (Part 1) Fund managers have long faced a dilemma: hold too much in Naspers, and be exposed; hold too little, and risk losing out. Picture: Shutterstock

This has caused a conundrum for local fund managers for some time. When one stock constitutes a fifth of the market, how do you manage it in your portfolio?

No matter your conviction in the future of Naspers, having that much of your portfolio in one company means that if something unexpected did happen, it would have a material impact on the fund as a whole.

If a fund doesn’t hold Naspers, however, it runs the risk of deviating materially from the performance of the benchmark. Some active managers don’t mind doing that, but many others do. They are conscious of maintaining performance broadly in line with the index, which is often easier for investors to accept.

This is an even bigger issue for industrial sector funds. Naspers is almost 38% of the FTSE/JSE Industrial 25 Index, which most industrial funds use as their benchmark.

The company has become so dominant in this sector that Satrix could no longer track this index for the Satrix Indi ETF. In March this year it changed its benchmark to the FTSE/JSE Capped Industrial 25 Index because index tracker funds may not hold more than 35% in a single stock.

“The Satrix Indi ETF started breaching this limit due to the Naspers weight, so we had to ballot investors to change the index,” explains Jenny Albrecht, the chief operations officer for investments at Satrix. “The capped version of the index caps each security at 30%.”

Even so, the Satrix Indi is among the 15 funds with the highest exposure to Naspers. As the table below shows, this is a list dominated by industrial sector funds and index trackers.

Apart from the last fund on this list, they all have at least a quarter of their portfolios in this one stock. The SIM Industrial Fund has nearly half of all its money invested in Naspers.

In one sense, investors in these industrial sector funds can feel quite good about this exposure. After all, 10 years ago Naspers was trading around R150 per share.

As a result, if you look at 10-year performance numbers, industrial funds feature high up on the list. A great deal of their positive performance has been on the back of Naspers’s sensational rise.

However, as Naspers has come down over the last year, these funds have come down with them. Industrial sector funds are among the worst-performing local unit trusts over the last 12 months.

Brian Pyle, the co-manager of the Old Mutual Industrial Fund, acknowledges that he spends a lot of time grappling with the dominance of this single stock. At the end of September, the fund had a weighting of 28.6% in Naspers, which is both lower than the industrial index and the average of other funds in this category.

“I’m a little bit worried about the risk posed by Naspers, so I’m happy to be somewhat underweight,” Pyle explains. “But because we are measured relative to both our peers and the index, it’s difficult to be too far underweight when we view the company quite favourably. It’s a bit of a dilemma.”

The most generous position in the stock is however that held by the SIM Industrial Fund. For many fund managers, there would be too much risk in holding almost half a portfolio in a single company, but SIM’s Andrew Kingston is more sanguine.

“We are of the view there is significant upside to the current share price as a confluence of factors have weighed on the share,” he argues. “This possibly represents a once in a lifetime opportunity to own a share with exceptional upside.”

Hence, the fund’s overweight position. Ordinarily a sector fund could not hold more than 35% in a single counter, but the growth in the Naspers share price has allowed this to happen.

“The outperformance of Naspers over a long period of time has accentuated the weighting of the share in the portfolio,” Kingston explains. “There are no requirements to sell down back to 35%.

“The fund’s aim is to outperform the index and the peer portfolios,” he adds. “In order to do that we have an overweight position in Naspers. This gives us a slight competitive advantage if Naspers does well, which is what we would expect over time.”

But what about the risk?

“We manage risk by doing very detailed fundamental analysis, looking very broadly at the industry, and making sure there is a large enough safety net before investing under a range of different scenarios,” Kingston says. “Our analyst has visited Tencent management on more than 10 occasions, and has visited many other competitors in the space over more than 10 years. The quality of our detailed research plus our investment style as a pragmatic value equity house allows us to back our high conviction ideas.”

Everyone is too nervous to comment! Infact investors have no option but to sit quietly and not rock the boat …another disaster in the marketplace will just tip the SA investor over the edge completely. In the meantime Naspers price is being kept steady between R2500 and R3400…a month ago it was between R2700 and R3450, so it is being gently eased off, and there are still short term profits to be made. Only way to go. But not a long term option. In my opinion.

I have consistently trimmed my holdings in order that no single stock made up more than 10-15% of my portfolio. The problem over the last year or two has been that diversification of profits was well nigh impossible with the state of the local market. That argument no longer holds true as I believe there are numerous local stock available at prices never to be seen again. So I m starting to drain my money market acc. and looking at Raubex, PSG,EOH and even PPC, and a number of other local/international stocks.. (I am an optimist).

“We manage risk by doing very detailed fundamental analysis, looking very broadly at the industry, and making sure there is a large enough safety net before investing under a range of different scenarios”

AND YOUR FINE INDUSTRY EXCELLED AT THIS ON STEINHOFF ETC. NO DOUBT YOU ALL ANALYSED THE CASH FLOW STATEMENTS AND WERE DELIGHTED WITH YOUR DETAILED ANALYSIS.

Patrick: how about investigating whether our local financial services boards/authorities have the power to instruct asset managers to recompense unit holders in for example Coronation and Nedbank units for Steinhoff losses. Most asset managers fouled up with Steinhoff.

Claims like best of breed, bottoms up analysis are imho fraudulent at best mis-selling. When an asset manager loses 95%+ of a large holding in a fund it is indicative of dereliction of duty and therefore recompense is due.

Yes we trust asset managers but they must earn that trust. If they do not then they must pay. IF they get away scot free they will bulldust retail investors again.

Trust is very much NOT a free lunch broadcast on TV.

Naspers has been scrambling to prop up their shareprice, pandering to public grievance over perceived discount to Tencent’s shareprice. Unbundling Multichoice/DSTV is proffered as a remedy.

Selling Tencent shares to invest in new endeavours, and pay dividends and running costs, has assured a highly liquid position. It has 6,5 mil. ordinary N treasury shares (1,5% of total).

Apple is in a similarly liquid position, which has led to share buybacks mainly to repatriate foreign-held profits to the USA. It has 130 mil. treasury shares (2,4% of total).

If Naspers recognises its position as a major influencer of investment fund’s outlays, it should consider the trends followed by its peers in the technology space. 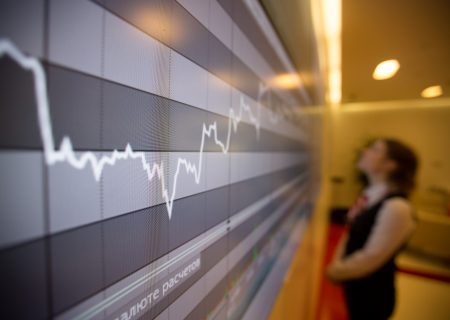 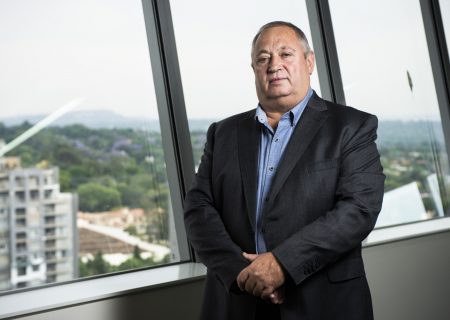