‘I gritted my teeth and stuck to holding those types of shares where I perceived the value had fallen way too far’ – portfolio manager Niall Brown.
By Justin Brown, Citywire 23 Nov 2021  12:41 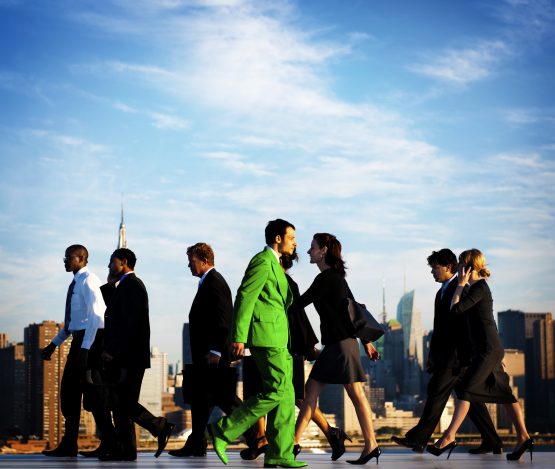 Niall Brown says he is a contrarian investor that looks at fear and greed as well as euphoria and misery to see where investors have gone to extremes. Image: Shutterstock

Over the 12 months to the end of October, the second-best performing fund in South Africa is a flexible value fund that achieved a nearly 100% gain.

The R362 million Flagship IP Flexible Value fund was up 92.5% over this period, placing it second out of about 1 300 funds registered for sale in South Africa, according to Morningstar. The top-performing fund was the Blue Quadrant Worldwide Flexible Prescient fund, with a return for the year of 171.9%.

The Flagship fund is also the top-performing fund in the Citywire Flexible rand fund category out of 203 unit trusts.

“The fund came off an extremely low base over the last year,” the fund’s portfolio manager Niall Brown said during an interview with Citywire South Africa.

“I held shares I thought were cheap, and they carried on getting cheaper. Then, when Covid-19 hit, and world markets swooned, and so did many small caps, companies with debt and those exposed to travel, tourism and so on.

“I gritted my teeth and stuck to holding those types of shares where I perceived the value had fallen way too far. However, there has been a huge recovery in the type of companies that I invest in. Several shares have tripled and quadrupled over the last year as they have recovered to more normal levels,” he said.

Brown said he was a contrarian value investor who used the standard value measures like the price-to-earnings ratio and price-to-book ratio in making his investment decisions.

“I’m a contrarian investor that looks at fear and greed as well as euphoria and misery to see where investors have gone to extremes, as they did in neglecting decent quality smaller companies over the last couple of years,” he added. In contrast to neglected companies, Brown said the US market was turning into a bubble because of extreme euphoria and greed.

“Nothing in the property sector. Minimal exposure to financial companies. No banks or insurers. Within that theme, I like to buy companies where management behaves like owners. No massive share awards.

“I also have a fairly long-term bearish view of the rand, so the rand hedge theme is too. Most of the time, I’m searching for seriously undervalued businesses,” Brown said.

The Flagship IP Flexible Value Fund also has over 20% of its assets invested in the $2.1 billion (R33 billion) Contrarius Global Equity fund, which delivered a return of 112.1% in US dollars over the year ended October. Stephen Mildenhall is the founder of Contrarius Investment Management and a former CIO of Allan Gray.

“I have high regard for him. He did very well at Allan Gray. My style is similar to his,” Brown said.

Turning to China, Brown said that besides the Contrarius fund, he had recently bought a small stake in Alibaba. That acquisition came after Alibaba shares halved from above HK$300 to below HK$150.

In addition, the fund recently purchased a small stake in Naspers for the first time.

On the fund’s outlook, Brown said that the fund had made the easy money given the strong gains over the last year, but he believed that the shares the fund held remained undervalued, so further gains were still to be had.

The fund’s benchmark is the multi-asset flexible sector average.

“Value stocks did well from 2000 to 2007, and my performance then was brilliant. However, after the global financial crisis in 2008, growth stocks have dominated globally and domestically. As a result, my style of investing has lagged, but I stuck to my guns.

“When I launched the fund, I was hoping to do better. But, unfortunately, matching the benchmark is not what I was looking for. If you are prepared to take fairly strong contrarian, non-benchmark views like me, then I would hope that over 20 years you would beat the benchmark by an annualised 3% to 4%.”

Brown believed that the fund hadn’t achieved his goals because he underestimated the strength of the growth style of investing, including the performance of companies like Naspers, Amazon, Apple, Facebook and Tesla.

As a result, he did not allocate any significant weighting to these types of stocks.

“I would like to have maximised the performance of the fund over time, and if it meant drifting away from value stocks because I realised they were the wrong place to be at the wrong time, with hindsight, I should have done it,” Brown said.

The Flagship IP Flexible Value fund is one of Flagship Asset Management’s five rand-denominated funds. The fund manager also has US dollar-denominated funds and segregated portfolios targeted at high-net-worth individuals.

Flagship has R3.1 billion in assets under management, and the fund manager invests much of those assets offshore.

Justin Brown is at Citywire, which provides insights and information for professional investors globally.

I love how suddenly this guy is a genius… pure luck.. if he were so sure that the fund would increase he would be a billionaire by now… now he uses big words stating that he is “contrarian”.. 🙂 lol