How the JSE has changed in 10 years 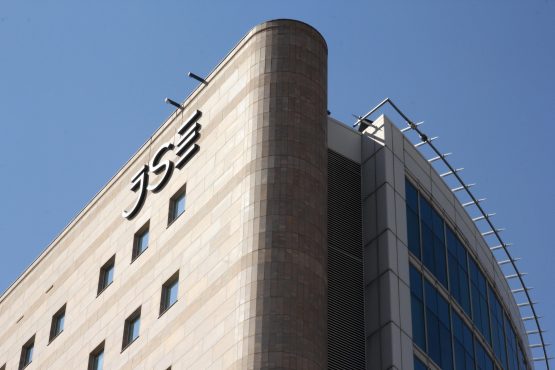 If someone had fallen asleep 10 years ago and woke up today, they would be quite surprised at how much has changed, but also fairly satisfied with the JSE's point-to-point performance over this period. Picture: Moneyweb

The JSE has been through a remarkable decade. Between 2009 and 2014, the stock market delivered returns after inflation of more than 10% per year, which was meaningfully above its long-term average. In the five years since then, however, the JSE has barely managed to beat inflation at all.

Investors tend to focus on the most recent period because it is what we are currently living through, but if anyone had fallen asleep 10 years ago and woken up today, they should be quite satisfied with the JSE’s point-to-point performance over this period as a whole. Between July 1, 2009 and June 30, 2019 the FTSE/JSE All Share Index (Alsi) is up 13.5% per year. That is around 7.5% ahead of inflation, which is in line with its 80-year average.

That same sleepy investor would probably, however, be quite surprised how the market has changed. Most obviously, they would likely be amazed that Naspers is now nearly 20% of the Alsi, and 23% of the FTSE/JSE Top 40 on its own. Ten years ago, it was only 3.7% of the large cap index.

The company’s share price has risen from R225 to more than R3 500 over this period, and a large part of the index return can be put down to that alone. It has been the single-biggest influence on the JSE over this period.

Its climb is however dwarfed by that of another stock, which was barely on the investment radar back in in 2009.

Where have all the miners gone?

Together with Impala Platinum, AngloGold Ashanti, Anglo Platinum, Gold Fields, Harmony Gold, Kumba Iron Ore, African Rainbow Minerals, Exxaro Resources and Lonmin, these mining stocks made up just under 44% of the Top 40. No sector is that dominant in the market today.

Although basic materials producers are still the largest component of the Top 40, they now make up only 25.1% of its market capitalisation.

Today, Impala Platinum is only about a third the size of Capitec. That is quite remarkable when one considers that the bank only entered the Top 40 in 2015.

Changing of the guard

The market has also changed in other ways. Over this period, the JSE experienced the rise and demise of African Bank, followed by the rise and implosion of Steinhoff. Both were companies of significant size.

At its peak, African Bank was around 1% of the Top 40. Steinhoff was one of the 15 largest companies on the JSE.

In total, 15 counters that were in the Top 40 in 2009 are no longer there. The table below shows which stocks have fallen out of the large cap index over this period, and which have come in.

The most notable new entrant is British American Tobacco. Although it was unbundled from Remgro and Richemont in 2008, it only qualified for inclusion in the Top 40 in 2011 when the rules regarding inward listings on the JSE were changed.

The investor who went to sleep in 2009 and only woke up this year would probably also be surprised by how far Pick n Pay has slipped from being South Africa’s largest retailer. The supermarket group founded by Raymond Ackerman was the leading retail stock in the country for decades, but it has fallen out of the Top 40 and there are now five other retail stocks in its place, besides Shoprite which had already overtaken it more than a decade ago.

There are also two entirely new counters in the Top 40 – Bidcorp and MultiChoice. Both were unbundled from other companies. Bidcorp came out of Bidvest in 2016, and MultiChoice was split out of Naspers earlier this year.

The number of exchange-traded products on the JSE, on the other hand, has boomed. Although the first exchange-traded fund (ETF) was listed in 2000, growth was initially slow. Only 16 local ETFs have 10-year track records.

Unfortunately the SA political and social landscape going forward does not look rosy at all. It has been deteriorating over the past 10 years including the lost 9 Zuma years that started it.

The new dawn is a fallacy that will never happen with the same government and same people as the past 10 years.

Best to go offshore and fall asleep for the next 10 years.

In the process myself of diversifying offshore and then also physically moving. It’s such a shame, I think we (South Africa) have SO much potential, but we squander it with stupid votes (on the ANC/EFF), greed, and vengeance in a sense against people that had nothing to do with the previous regime.

I sometimes think SA will be so much better under a good dictator than what we have now. But ja, power corrupts, so that will never happen.

Sir, the (mythical) POTENTIAL SA still has, is leaving our shores…

Feel the same about “good dictator”. SA probably does not need a military, as any country that would invade us (China…through loans?) we’d likely be better off!

This weekends National Executive Committee meeting well tell us everything we need to know about the future of South Africa. It wont be the next ten years you need to worry about it will be the future for the rest of our lives.

The JSE has lost too much ground to ever be of any real significance again. How do you roll back 10 years of schmuckery when the powers that be sit on their hands and do nothing while the inevitable political implosion draws ever nearer? Your only real alternative is offshore – the facts are plain in this regard. Ask any pensioner that draws an income from a Living Annuity that is invested offshore and they will tell you of tales of woe of their friends who are invested locally in a Living Annuity.

Why ask someone invested offshore to get a view of what local investors are feeling? Why not just ask those investors directly? Is this what we have come to: hearsay financial insights?

Such nonsense normally only comes off the Brenthurst Wealth assembly line of shallow thinking.

Those 5 years of stellar performance was preceded by the Great Recession period. It is easy to say stellar performance when you are coming off a low base… so timing bias in the analysis. Also, everyone can see that the economy is not improving… so the stock market will follow suite.

The JSE is simply a barometer of economic activity and performance, or lack thereof. Over the past 80-odd years the JSE thrived mainly off the back of the mining and ancillary industries. These industries have been all but decimated now (for various reasons) and there are no replacement industries of meaningful magnitude in waiting. This creates a vacuum in the economy as evidenced by sick GDP numbers. The JSE merely reflects this.

Any forward thinking government would have picked up on this ages ago and put continuity plans in place, ala China, Singapore, Malaysia and others. Instead of flogging the private sector with the transformation stick, the ANC should first demonstrate that is IT is able to transform from a liberation movement to an effective and capable government. So far they have failed dismally.

Horsetrader, your last line hits the nail on its head!

Very few liberation (read “terrorist”) movements are able to manage economic policies well…”
Such economies typically blow up in the end, like a car bomb or limpet-mine…

How much of the growth is due to the drop in Rand? How would you compare the growth with investment directly in Euros vs JSE?

A refreshing article, thanks Patrick!

Never mind 10 years…lets look at the past CENTURY shall we?

* From 1978…the famous 17 DIAGONAL STREET building (many readers will fondly remember that one 🙂 with its “open outcry” system. The impressive Diamond St glass-building nearby towering above it).
On it’s heyday, probably more than 700 listed companies trading.

* Since 2000….2 Gwen Lane.
About half the number of listed companies currently trading…

Interestingly, there are MORE Unit Trust & ETF Funds to choose from than there are available listed securities!! (Not unique to SA). Probably just easier to research the latter…as the list is just way shorter 😉

Please run an analysis on local stocks not exposed to commodities, Naspers and only make their earnings in SA or Africa.

Would be interesting to see how they fared in the last 10 years. Unlikely to have delivered 7.5% premium on inflation or perhaps I’m wrong.

The JSE and SA Inc is a waste of time. I opened an off shore trading account (with SARS approval) about a year ago and invested directly in Microsoft (MSFT) shares on the Nasdaq. Yield thus far around 50%. Buy and hold strategy with no stress. Even getting paid a decent divided. Rand will inevitably collapse when land grab kicks in. Additional exchange rate profits will come in nicely. Long USA markets. As scientists prepare for the possibility retooled vaccines will be needed and affluent countries race ahead once again.