How to pick the members of your investment club Investing can be daunting due to the plethora of options available and the potential to lose one’s money, but being part of an investment club can allay those fears.

Also, by pooling money together, members can see their collective wealth grow faster.

The success of an investment club depends on a variety of factors, but arguably, the most important is to have the right group members. Unlike savings clubs, which can be set up quite informally, investment clubs are primarily about creating wealth for the members and are thus slightly more complicated.

PSG Wealth stockbroker Amelia Morgenrood shared guidelines for investment clubs at the Moneyweb Expo on Saturday, saying that the relationship between the members of the club is very important, because investing is usually a long-term endeavor and thus requires that everyone involved is in it for the long haul. It is also practical to limit the number of  members to reduce the administrative burden of the club.

“Ideally there should be eight to ten members,” said Morgenrood, “because if you want to meet up, which you should do quite often, it must be possible to gather in someone’s living room. Otherwise you have to rent a venue and that makes it more expensive, which defeats the purpose.”

When choosing members, Morgenrood said it is best to maximise the collective knowledge of the group. The more diverse their professional experience the better, because this will mean each member can contribute meaningfully to how the funds are invested.

Diversity of knowledge comes in very handy when debating which shares to choose, while certain skills are suited to running and administering a fund or setting up a company. Having a lawyer, or an auditor in the group, for example, would make the process much easier.

Said Morgenrood: “Setting up a company, I think, is the best investment vehicle, but it’s also very expensive. Remember, a company has to draw up financial statements every year, and they have to be audited. Companies also have to submit a tax return. And you don’t want to have to pay for those services because that would reduce the amount of money available for investing.”

Because it’s difficult to gauge someone’s commitment at the onset, Morgenrood suggested that members of the club be selected based on their investment goals. If all the members view the club as being critical to their retirement plan, for example, they are less likely to pull out at a later stage. Knowing the investment objective also makes it easier to choose the investment strategy, whether it will be property, stocks, or buying small companies. It will also make it easier to determine the monthly contributions and what members should be able to afford.

The volatile nature of stocks dictates that there will be days when the share prices crash, and it would not be useful to have members who want to pull out of an investment every time that happens.

“You can’t have people that invest for a few months and then say they need the money to buy their child a matric farewell dress, or something like that,” she said.
Ultimately,  investment clubs should be comprised of a group of diverse, yet like-minded people. They should be passionate about the club and and eager to contribute to its success. One of the things that Morgenrood warned against is having a passive member who does not say much in meetings and is not involved in administering the club. Investment clubs should not simply be about making a monthly contribution and sitting back to ride on the coattails of the other members.

Very insightful article! Our Investment club is coming a long quite nicely as well. Just want to put it out there if there is other investment clubs in South Africa with members accross the country feel free to visit PlatinumWealth.co.za/forum we have a tailored section specifically for investment clubs complete with hidden forums that enables investment clubs to streamline their communication and conduct of meetings.

“Setting up a company, I think, is the best investment vehicle…”

Are you serious? With advice like this, it’s a miracle she is still in business. A company would be a terrible investment vehicle for almost all investment clubs.

Even disregarding the complicatedness and administratively onerousness of a company, the negative tax implications alone would make it unsuitable in most cases.

Income and capital gains would be assessed at the tax rate of companies i.e. 28%, and additional to that income and gains would be subject to dividend tax of 15% when distributed to investment club members, creating a total tax burden of around 39%. This is certain to be higher that the marginal tax rate of most individuals in the investment club.

Please Moneyweb, be careful in publishing advice from people who should rather not be advising.

As a bonus – “and they have to be audited.” No, almost all companies that are to be used as vehicles for an investment club would NOT have to be audited as their Public Interest Scores calculated according to the Companies Act would certainly be below the audit requirement.

We agree with this. PSG advised a Partnership Agreement on previous occasions or the new voluntary association here is the link to a moneyweb article with PSG http://www.moneyweb.co.za/moneyweb-radio/safm-market-update/how-to-set-up-an-investment-club-shaun-van-den-berg-head-of-client-education-psg-online/

Firstly, your tone is unprofessional. You are probably not in business at all.

If you have an investment club and know how to structure shareholder loans, there is a lot of benefit to be gained from utilising a company.

Most people who engage in investment clubs would probably be paying tax in the highest tax bracket of 41% anyways – Certainly the majority of my clients anyway.

Most people in an investment club would prefer to have the books checked, so getting an audit done by the local auditors isn’t that far fetched.

Financial advice varies from individual to individual. Before going off on a tangent and attacking financial advisors one should consider that too. The Audiance at the Money expo probably didn’t consist of many “average joe(s)” so the financial advice wasn’t that far off.

Larger quantities only mean you can buy more of a stock, but now if you want to you can buy 1 Naspers. As long as your % ages in each counter are balanced you will get the same growth out of 1 Naspers as you will out of 2000 Naspers.

I used to give advice to friends and then they asked me to run their share portfolios, but it came unstuck when they the infighting started. All made good money but I told them with so many opinions they best do it alone.

now I wait for the FA’s to demand how could I do that without being an official advisor? I never took a cent in commissions. So shoot me down.

“…Having a lawyer, or an auditor in the group, for example, would make the process much easier…” Yeah, right. And they’ll soon be charging a fee for their participation. 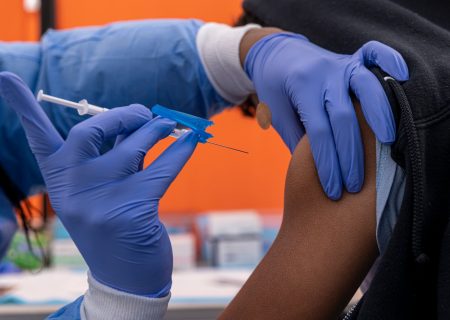