How to spot value traps on the JSE

Where are mid caps headed?
The biggest risk to investors: their own capitulation
Has your equity fund manager out-performed over the last five years?
CLICK THIS COMPANY MORE COMPANY NEWS SENS
REUNERT Setbacks are unfortunate for companies, but can be good for investors – if they are temporary in nature. Image: Shutterstock

Given how poorly many parts of the JSE have performed for some years now, a number of local asset managers have been talking about the value they are seeing in certain South African companies. At the Meet the Managers event last week Kagiso Asset Management’s chief investment officer, Gavin Wood, said he has “very seldom been so excited about the opportunities” they are finding in shares outside of the 50 largest stocks on the JSE.

“We think there is a fantastic opportunity in mid cap industrials in South Africa – companies that have been able to maintain profits in this incredibly tough economic environment,” he said. “Most of them are trading at less than 10 times earnings.

“These are valuation levels we last saw in the financial crisis.”

As Iain Power, chief investment officer at Truffle Asset Management, explained at Meet the Managers, investors can find value by looking for “solid businesses that are going through some sort of temporary setback”.

“We are looking for shares of good companies that, for whatever reason, have fallen,” Power explained. “It could be cyclical, as in the case of platinum shares collapsing due to commodity prices coming down. Impala fell as low as R16 per share last year, but clearly the value of the business was not R16 per share.”

“Or it could be something company-specific,” Power added. “For instance, Viceroy releases a report on Capitec and the share price tanks 30%. Nothing has changed in the business, but people suddenly think it’s worth 30% less.”

What is vitally important in these cases, however, is that this has to be a temporary setback.

“When that setback disappears, returns and cash flows improve and the share price moves up again,” Power said.

“The problem is that it’s difficult to identify this. A lot of companies suffer setbacks that are not temporary.”

These are ‘value traps’ – companies that look cheap on a historical basis, and therefore may interest value investors, but their problems are not merely temporary. Unless you scrutinise them carefully you may miss that something fundamental has changed.

“When you get structural changes that have taken place, the future can sometimes look very different to the past,” Power said.

He pointed out that South Africa is going through structural changes in its economy, and that must impact on local businesses. Investors therefore need to be cautious.

“The cost of doing business in South Africa has structurally gone up,” said Power. “Companies are struggling to control costs, and this is having an impact on profit margins.”

Property companies, for instance, have to deal with municipal charges becoming an increasingly high percentage of their total operating costs. As the graph below illustrates, the costs of water, electricity and municipal rates have risen much more quickly than other expenses these companies face.

“Services rates have grown much faster than underlying rentals have grown for property companies,” Power pointed out. “You can imagine what this does to profit margins.”

Another sector where the environment has changed materially is for the hospital groups. Netcare’s share price has almost halved over the past three years and is currently trading on a PE of just over 10 times, but Power thinks that what it is facing is not a temporary issue.

“The South African medical aid member base has not grown outside of the Government Employee Medical Scheme (GEMS) over the last 12 years,” he noted. “At the same tine, the buyers of healthcare services – the medical aids themselves – have grown more dominant.”

As the graph below shows, overall membership of schemes outside of GEMS has not shifted from seven million since 2006. Discovery’s market share has however grown from around 40% to over 55%, and it is putting a lot of pressure on hospital groups to keep costs down.

At the same time, hospital groups have excess capacity, which means they have little pricing power. They need to fill beds, and this means they are getting increasingly squeezed.

“We think margins will continue to be eroded,” Power argued. “There probably isn’t a mean reversion coming. This is probably not a temporary setback.”

Identifying value stocks is the easy bit. Finding realistic reasons why costs will go down and revenue + margins will expand is the tough part.

Some day, in the not-too-distant future, property-owners will walk into the municipal office, throw the keys to his house at the mayor and kick him in the groin. All mayors and municipal managers are extortionists and highwaymen who use the legal framework to ambush and plunder the property rights of residents.

Expropriation without compensation is the stated policy of both the EFF and the Zuma faction. The ANC has been implementing this criminal strategy for the past 25 years. They do not steal the title deed, but they do steal all the rights to that property. They steal the capital appreciation, the asset value, the wealth-generating factor and redistribute it among those who don’t own property. This redistributive rates and taxes regime puts the property-owner in a position that is worse than expropriation without compensation.

At the moment the owner has to work to be credit-worthy, service the bond, build and maintain the house and the garden, pay rates and taxes at an increasing scale, for the “privilege” to give 30% away to the state as estate duties upon death.

This is the mechanism by which a country implodes under the “noble aims” of socialism.

Hear,hear, Sensei. Sewerage costs have suddenly become a significant part of a rental property’s costs. Woe to the landlord who hasn’t made them a specific tenant expense. Rates are skyrocketing, along with the cost of electricity and water. The problem at the heart of SA’s troubles is essentially the Socialist mindset you mention. Socialism is just a pinker version of Communism that has historically PROVEN to be a failure – and been kicked out of – over 50 countries. And as Thatcher remarked: ‘Socialism is fine until you run out of other people’s money.’ It might work in Nordic countries where over 60% of the population pay (very high) taxes. Here in SA, where only some 5 to 6 million people (out of 57 million) pay 95% of ALL TAXES!!! – income tax, VAT, corporate tax and a hundred other taxes, it’s an absolute no-no. When will they ever learn….sighhh.

And fueling emigration.. We are currently at record levels of % of property sales due to emigration..

ADH have also stated 2 years of significant increases in departures due to emigration..

And as GivenTaken said, it will fuel emigration. South Africans are balancing the increasing SARS income tax (and municipal “administered costs”) against their standard of living in SA.

…i.e. if one is still happy to continue pay increasing taxes (to help the slowly imploding Govt, with their BEE social experiment), but you are happy to enjoy the perfect SA weather, able to braai, and have a beer, while watching the sport, go weekends to the bush with your offroad trailer / or seaside stand enjoying perfect scenery…and you continue to live in 3+ bedroom house (not a flat in cold Europe) with servants to attend to home chores & garden. So be it. Pay!

But to many Saffas, the wonderful SA lifestyle…is starting to cost too much, breaching the “let’s leave” threshold. (oh, and not forget that we pay for security & private med aid…which should’ve been efficiently provided by the state in the 1st place…a state which receives huge wallops of tax-money into their sieve).

In the USA they have a special term “The working poor”. This refers to people who have one or more jobs but cannot achieve a decent standard of living.

Younger members of our middle class are rapidly headed in that direction due to the ceaseless plunder.

I agree with the sentiments of the previous respondents… Municipalities should reward homeowners for their commitment to property ownership. Without rates, they would all be without jobs, and without jobs, could not aspire to a home of their own.

All this optimism, wow. Not borne out by the returns posted by these Asset Managers. Oh, its future earnings – ne ! We will see – I don’t agree with them for 1 minute.

Part of this issue is also how illiquid anything outside the Top 40 is. Yes there is value (in a couple of these small stocks) but super difficult to buy some stocks as no one is willing to sell.. and vice versa when it comes to selling time.

The South African market needs some firms to be active market makers in these smaller stocks.. but again, risks are significant.. Any ideas from other Moneyweb commentators?

You are correct, but why bother? For every promising opportunity on the JSE, there are a thousand on the NYSE, NASDAQ, LSE etc. As investors we want to piggy-back on the buyers if they drive prices higher with good volume. No rise in the Price/Volume Trend, no trade.

What makes stockpicks so difficult now is that many of us are retired for some time, so one’s investment horizon is somewhat limited. It is not difficult to pick a decent mid cap that is cheap, but when will it recover, if ever, when considering South Africa’s political nightmare.
At the moment it is very much a gamble, so i prefer to gamble on small stocks like L4L and Cartrack, very reputable management, strong capitalisation,little competition, etc. (and try to avoid looking at my main portfolio).

Just in case anyone ever wondered why the bottom fell out of the property market in SA? Estate agents / property hacks, take note.

The level of the mid and small caps are dependent on the level of liquidity in the economy and in the market.

How local asset management has changed in 20 years

Quality companies: One of the world’s smallest asset classes

Protecting portfolios in the time of Covid

How local asset management has changed in 20 years

Quality companies: One of the world’s smallest asset classes

Protecting portfolios in the time of Covid 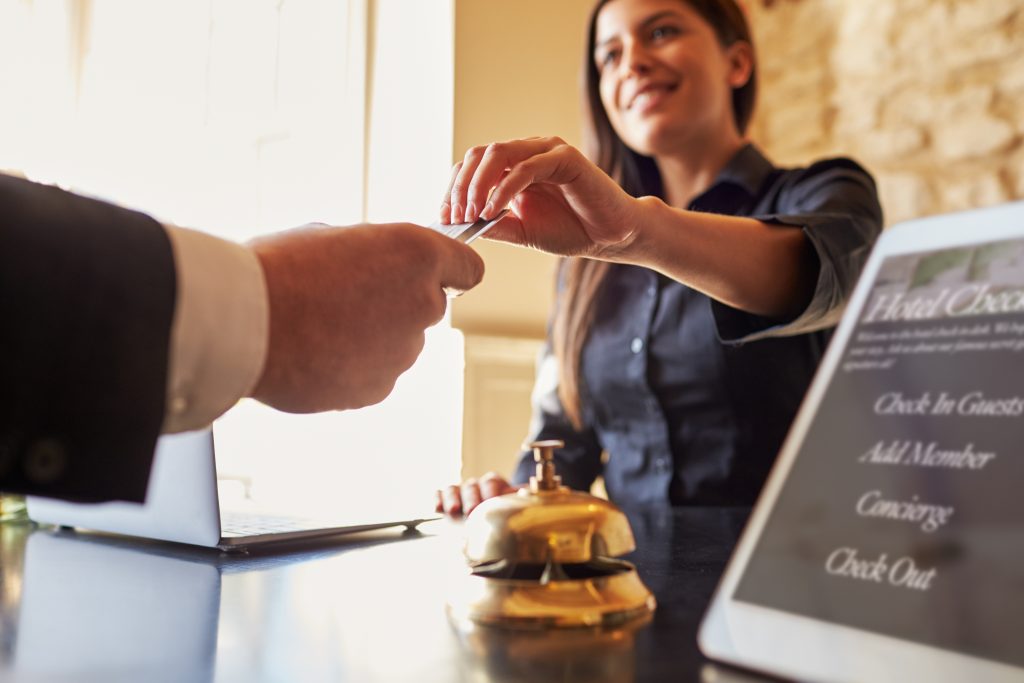