Investing in an inflationary world

Much of the world is currently experiencing another inflation spike, with both supply and demand side drivers that share some similarities with the 1970s but in many ways are also entirely unique.
By Bruce Mommsen 30 Jul 2022  16:01 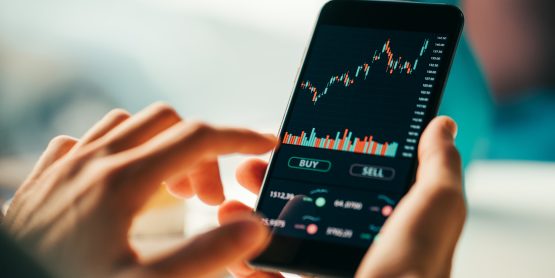 Paul Volcker, Chairman of the Federal Reserve from 1979 to 1987, is most famous as the central banker who slayed the inflation dragon which had been unleashed by energy shocks (Arab oil embargo and the Iranian Revolution) and central bank policies which were excessively pro-growth, ignoring supply side inflation drivers. Volcker’s aggressive monetary tightening might have induced a recession, but it lowered US inflation sharply and ushered in a long period of muted price hikes which underpinned the equity bull market that started in the early 1980s.

Much of the world is currently experiencing another inflation spike, with both supply and demand side drivers that share some similarities with the 1970s but in many ways are also entirely unique. A toxic mix of excess demand and insufficient supply has resulted from COVID-19-induced demand shifts, inflexible “just-in-time” supply chains, early-pandemic corporate pessimism, unprecedented levels of monetary and fiscal stimulus, and most recently (and most importantly) a global energy shock triggered by Russia’s invasion of Ukraine.

The inevitable result is rising prices. For much of the post global financial crisis (GFC) period, the primary challenge facing global central banks was the opposite: excess global supply and insufficient demand, leading to stubbornly low inflation and sporadic deflation scares. This bias likely prompted the initial reaction to view the spike as “transitory”, something which will likely roll over into deflation as higher energy prices feed into the base. This view has proved to be highly optimistic, despite an apparent peaking in supply chain disruptions, as the war has dragged on and energy prices have continued to escalate, feeding through to consumer prices with a lag as corporate hedges roll off.

We find ourselves in a situation considered almost unthinkable in a pre-pandemic world, as we hear dusty old phrases like “overheating”, “behind the curve”, and “wage-price spiral”. Policy makers are left in an invidious position: tighten monetary policy only moderately, hoping not to compound the negative growth impulse already presented by the existential cost-of-living squeeze, and risk an unhinging of inflation expectations that ushers in a high inflation world not seen since the 1970s, or alternatively tighten policy aggressively in the hope that rapid action quickly staves off the inflation scare.

The latter course of action has emerged as the preferred option, the lesser of two evils as it were. The lessons of Volcker and his predecessor support this choice but also teach us that it’s a very fine line to walk, with an uncomfortably high probability of “over-tightening” and tipping the economy into recession.

It is possible that policy makers manage to thread the needle between “fire” and “ice”, the mythical “soft landing”, but for now markets are more concerned with the increasing probability of the extremes of too hot or too cold, both of which have unpleasant implications for asset prices.

Stamping on the brakes too hard is likely to trigger an earnings recession of indeterminate extent, a risk further complicated by an elevated earnings base reflecting revenue and margin expansion in technology, consumer goods and commodities which far exceeded the compression in pandemic-impacted service industries. Equity markets would be pressured by this, and potentially bonds too, at least initially, should this episode appear “stagflationary” at first (high inflation accompanied by low growth) but ultimately this should prove positive for bonds as the slowdown causes inflation to peak.

On the other hand, more persistent above-target inflation is sure to require even higher real interest rates in time, constraining economic activity in a more protracted fashion and raising the cost of capital for business across the board. Again, history tells us markets like low (but positive) inflation and that in most other cases market implied discount rates tend to rise, capping equity returns as earnings multiples fall, and fixed income returns are hard to come by as inflation reduces the attraction of nominal cash flow streams.

South African capital markets, as usual, present their own nuances to the story. Inflation has also risen, but to date the extent has been far milder relative to our own history than witnessed in developed markets. SA CPI has risen to approximately 1.3x the ten-year average while this ratio is 4.1x in the US. Again, there are multiple causes here. South Africa has a history of relatively high inflation, corporates actively hedge the currency and input costs and, most importantly, the levels of both monetary and fiscal stimulus during the pandemic were by necessity much more constrained, leaving the demand side of the economy still weakened and only supply side factors to drive inflation.

Investing in an inflationary world While this might all sound a touch depressing, uncertainty and shifting probabilities will undoubtedly throw up opportunities for investors with sound frameworks and calm heads. While many might be tempted to run for the safety of cash in the short term, real cash yields remain poor despite rate hikes. This is, therefore, only useful if viewed as temporary “dry powder” which provides optionality to deploy into riskier assets as opportunities present: either into bonds as the slowdown gains traction and inflation moderates; or into equities at more attractive valuations as their inflation protection qualities come to the fore.