Is India an investment Nirvana? 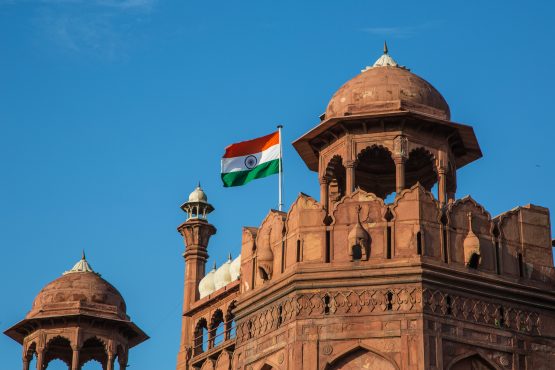 South African investors can look for diversification opportunities and seek growth for their savings by adding Indian exposure to their portfolios. Picture: Supplied

Fifty years ago, the Beatles went to India in search of peace and inspiration. Former Apple CEO, the late Steve Jobs, is said to have gone there in search of meaning in his late teens and to have described India as ‘intense and disturbing’. That it is, to most who go there for the first time. Perceptions of crowds, poverty and heat aside, is there a case to be made for investing in India? Are there opportunities for above-average returns for the South African investor?

Let’s start with a history lesson courtesy of The Visual Capitalist. The graph below shows the share of world GDP since the year 1 AD. India had about a 40% share of global GDP more than 2 000 years ago. That reduced to about 4% in the 1970s, largely at the time when oil prices were very high. Ever since the economic reforms of the early 1990s, India’s share of global GDP has been increasing. This looks set to continue. It is also clear how much China and India were similar in share in the 1970s but in more recent times China has far outpaced India. Looking forward, I believe there is an opportunity for South Africans to earn above-average returns by considering the merits of allocating exposure to India in their portfolios. India’s GDP growth has been higher than 5% for a couple of decades. Recent projections from the International Monetary Fund (IMF) suggest that India’s GDP growth can be higher than 7.5% from 2019 onwards. The only drag to this projection could be due to higher oil prices and some short-term political risk as elections are due in 2019. More than 40% of India’s population is below the age of 40, increasingly well educated, aspirational and digitally connected.

India’s people have inherent entrepreneurial tendencies born out of trading with the world since ancient times, and SMEs have been driving the country’s economic resurgence. A partially extracted chart from New World Wealth and Visual Capitalist shows India is projected to grow private wealth by 200% in the next 10 years, the most among the major markets surveyed. Two recent reforms have served to increase and simplify the tax base in India, these being the demonetisation done in 2016 and the introduction of a common-market type single-sales-tax structure across all 29 states of India. These measures serve to formalise the economy and channel the cash savings of Indians into formal savings mechanisms. This was borne out by an increase of more than 50% of new money flows into Indian mutual funds. The Indian stock market and the rupee have been outperforming and decoupling from the South African stock market and the rand in the last five years. This looks set to continue as both internal and external sentiment towards India and South Africa diverge. Structural factors are beginning to fray any correlations that used to exist between the Indian and South African economic indicators. This does mean that South African investors can look for diversification opportunities within the emerging markets universe and seek growth for their savings from opportunistic investing by adding Indian exposure to their portfolios. The graph below visually shows the extent of the decoupling since the Asian crises of 1998 by comparing the MSCI Indices of the respective markets. The rand has also depreciated against the rupee by a third since December 1998. A word of caution is in order. India is an emerging market with the inherent risks of oil price dependency, complex regulation, corporate governance weakness and relative market inefficiency compared to developed markets. Non-Indians, in general, cannot open direct stockbroking accounts in India. South Africans wishing to take advantage of the portfolio growth opportunities in India have to opt for passive or active funds where available. Your financial adviser should be able to assess and guide you on how best to obtain this exposure.

Nice article. India does look interesting as an investment destination with high projected GDP growth for the next few years. Unfortunately the stock market is not cheap and prices reflect a very favorable outcome. Might be worthwhile to wait for a correction. As a comparison the MSCI India index is more expensive than MSCI China.

Everybody tells you to invest in India,China etc. and it sounds good but why not just invest in SA which is also an emerging market. I also heard it is far better to rather invest in biotech or technology, say for instance SATRIX MSCI world equity?

India not an easy place, been there recently … It’s too much buzz, ppl, traffic, noise, air pollution and even the trip itself was not most difficult yet

I returned home from my first visit to India with a very different view after a trip by motorcycle from Delhi to Shimla, Tabo, Leh, Srinagar, Dharamsala, Chandigarth and back to Delhi. I therefore saw only a very small part of India, but was mightily impressed by its people and its infrastructure. The comfort and efficiency of the Delhi metro; the courtesy displayed by youngsters who jumped up and offered their seats to an old codger like me; male and female farm workers tending the land from sunrise to sunset; neatly dressed and impeccably behaved schoolchildren walking to school before 7 am on a cold Himalayan morning; massive dams and hydroelectric power stations; meeting an academic from Delhi who was spending his vacation helping farmers in Tabo to improve their farming techniques, free of charge – these are some of the experiences that made a lasting impression on me. Add to that the disparity between Indian and South African GDP statistics and you will know why I returned home feeling very humbled indeed.