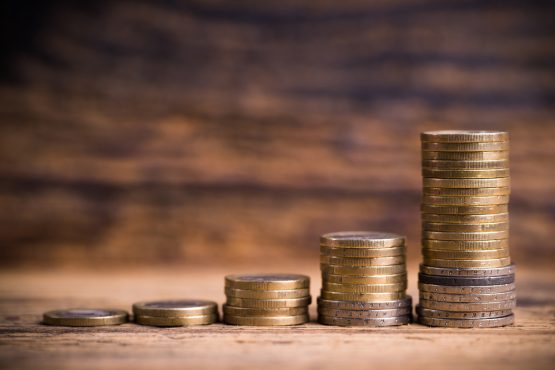 Big funds are not the only game in town. Image: Shutterstock

Over the past decade and a half balanced funds have become by far the most popular choice for local investors. At the end of 2004 there was less than R10 billion invested in high equity and absolute return funds. Today, funds in the South African multi-asset high equity category have combined assets under management of nearly R480 billion.

Read: The rise and rise of balanced funds

The flow of money into balanced funds has also been heavily concentrated into just a few portfolios. According to figures from Morningstar, the five largest unit trusts in this category account for 58.4% of the total. The 10 largest have a market share of 74.3%. This is in a category that currently has 199 funds.

Read: Big players get bigger in the balanced fund space

For many investors and financial advisors, the big funds are the ‘safe names’ in the local asset management industry. They have established investment teams and strong track records.

As the table below shows, every one of the 10 largest funds in this category is among the top 20 performers over the past 10 years, and all of them have outperformed the category average. This is out of 49 funds with track records going back that far.

The chart below further illustrates how big funds have been far more likely than small funds to outperform over the past 10 years. Nearly 70% of top quartile performers are large funds, and there is not a single big fund in the bottom quartile.

This would appear to make a very strong case for these large, well-known portfolios. However, this is entirely what anyone would expect to see.

As funds outperform, they will naturally attract more assets. Those that underperform will lose assets. So it makes perfect sense for bigger funds to be top-performers and smaller funds to be bottom performers. Anything else would be illogical.

It’s worth considering that 10 years ago these were not the 10 biggest funds in the category. If one looks at which funds were the biggest 10 years ago and how they have performed since, a slightly different picture emerges:

There is a large degree of overlap, with six of these funds staying within the 10 largest. The four largest are all in that group. It is, however, the others that are most interesting.

The Nedgroup Investments Managed Fund does not have a 10-year track record because two years ago it changed its investment strategy. The Association for Savings and Investment South Africa (Asisa) ruled that this change was so significant that it could no longer publish its performance history.

Read: When does a performance history stay, and when does it go?

This was a controversial decision because it followed a period of sustained underperformance by the fund that resulted in Nedgroup Investments changing the fund manager from RECM to Truffle. Due to these troubles, the fund has also actually decreased in size over the past decade. It is now just R1.1 billion in size, and a small fund rather than a big one.

The Stanlib Stability Fund has also been through a name change. It is now the Stanlib Balanced Fund. Due to some mixed performance, it hasn’t grown to the same extent as some of the other portfolios on this list, and is now the 17th largest fund in the category.

In the case of the RE:CM Core Managed Fund, the unit trust didn’t only change its name, but also moved into the worldwide multi-asset flexible fund category. It is now called the RECM Global Flexible Fund, and its assets under management have declined sharply to just R560 million.

It’s also worth considering which funds currently in the top 10 by size were not there 10 years ago.

The Discovery Balanced Fund was only launched at the end of 2007, so it was still a new portfolio in 2008. The Prudential Balanced Fund was quite well established already, but it was well outside the top 10 in terms of size. The Investec Opportunity Fund already had assets of R5.5 billion, but it was in a different category 10 years ago. It was being managed as a flexible fund.

What this all shows is that investing in the largest funds is by no means a risk-free strategy. It is also no guarantee of future outperformance.

Consider that over the past five years, the performance of the current large funds has been more mixed. Although five of them are in the top 15 performers, there have been some disappointments:

The performance of many smaller funds over this period has also been compelling. As the chart below shows, a much larger percentage of smaller unit trusts have appeared in the top two quartiles. There are also some large funds that have been bottom quartile performers over this period:

It is still apparent that investors in a large fund have a higher chance of outperforming the category average. However, the proliferation of balanced funds and the growing number of really good boutique managers means that they are certainly not the only game in town.

The evidence indicates that investing in active funds is more risky than passives. The evidence?

1. In the SA Multi Asset High Equity category over 5 years (i.e the balanced funds= the huge pool of retirement money/RAs, where advisors and fund managers tell you the “professionals will allocate your money and you do not need to worry about asset allocation”…the one where you would think they have their best shot at out-performance), the passives are all near the top (as they are in other categories too, like Global Equity 5 year performances, the other category you may expect fund managers to beat the index, which on average, they do not). The Satrix Balanced, is in position 15/131. The Sygnia Skeleton 70 is also very near the top (21/131) and these 2 have outperformed one of the best active fund managers over many years, the Allan Gray Balanced A fund: note that in comparing to Allan Gray, one is post-hoc cherry picking one of the top-performing balanced funds in SA (the inherent biases in doing so are self-evident). Predictably the passives are all near the top and way above average, despite the potential that asset allocation may allow the professional fund managers (the world and all the asset classes are their oyster and should serve as the ideal platform to show the world their superior asset allocation and stock-picking skills!). Investec Opportunity (31/131), Old Mutual Balanced (49/131) Ashburton 52/131, Coronation (67/131), Kagiso (64/131), Sanlam Private Wealth (84/131), Foord (95/131), Stanlib (120/131) are just a tad off the pace over 5 years! Predictable? What are the probabilities that a combination of any chosen 2 active balanced fund managers will beat the above 2 passives in this category over the next 10 years? Something like 0.1 x 0.1 (1:10 x 1:10) is what the bookies or SPIVA would suggest (the laws of probability would therefore predict a one in a hundred chance?)
http://www.fundsdata.co.za/…

2. In terms of rand-denominated global equity fund performance, yet again and like elsewhere in the world, the passives funds predictably outperform the actives. This is very notewrothy, because, in principle, a global fund manager has his/her greatest opportunity at outperformance when he has the whole world as his investment oyster. He/she has the opportunity of exploiting every last bit of mispricing by that mispricing fool called Mr. Market may present. It is worth wondering why the smartest minds in the investment world fail so dismally do so in these global (and other) funds.
The Sygnia World (9th out of 47 rand denominated global funds and ETFS over 5 years) and Satrix World (11/47 over 5 years) predictably outperform the vast majority of the 47 active global funds with 5 year track records (there may be others that have already folded in the past 5 years, thereby underestimating the outperformance of the passives), including the highly publicized and illustrious Allan Gray Orbis Global Equity Feeder Fund (28/47), as well as Prudential Global Equity Feeder Fund (20/47), Discovery Global Equity Feeder Fund (33/47), PSG Global Equity Feeder Fund (36/47), Investec Worldwide Equity Feeder Fund (37/47), Sanlam Global Equity Feeder Fund 46/47. Makes you think, doesn’t it?
http://www.fundsdata.co.za/scripts/home/QuickRank.aspx?c=Global–Equity–General&period=5yr
The Sygnia S&P 500 and Sygnia World are dividend distributing ETFS (jolly nice for an income), while the Satrix World is a roll-up fund, forcing you to sell ETFs (with potential CGT implications) when you want some money to live on.

The evidence indicates that briggest minds in the financial service industry in SA cannot allocated money with greater success than a passive/unbiased low-cost approach, including in the funds where you would think they have their greatest chance of doing so!

4. Performance of active vs passive from around the world
https://us.spindices.com/spiva/#/reports

5. What about 15 year performance?
“The overwhelming presumption for financial advisers and planners, therefore, is that they should avoid recommending actively-managed mutual funds to their clients. It’s hard to see how an adviser can claim to be putting their clients’ interests first when recommending a type of fund with such dismal odds of success.”
https://www.marketwatch.com/story/why-way-fewer-actively-managed-funds-beat-the-sp-than-we-thought-2017-04-24

Spot on… Look at 10X also.. Good returns and low fees, and SYGNIA.

You can see the problem here, as articulated by Magnus Heystek…you pay a lot in fees and get diddlysquat in return