Is this the world’s best trader? 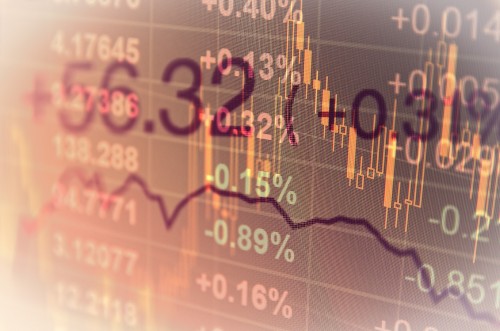 Traders will probably be familiar with the name William Gann, the legendary trader who reportedly turned $973 into more than $30 000 in 60 days. Gann was fascinated with cycles, believing that the 60 and 90 year cycles held special importance. Almost a year before the 1929 crash he predicted the bull market in stocks would end on 3 September 1929 (it actually crashed a month later, on 4 October of that year). The 1929 crash was almost 90 years after the previous great crash of 1837, and on this basis, Gann advocates another crash is due around 2019.

Now meet the man who (almost) beat Gann’s trading record. He is Alex Antoniou, a Greek-Cypriot trader who in 2015 turned $50 000 into nearly $500 000 in a week. That’s not quite comparable with Gann’s achievement over 60 days, though some would argue it is better. In which case, Antoniou may claim to have beaten Gann’s record.

While many traders have achieved stunning returns for a short period of time, most eventually lose everything because their trading systems cannot accommodate rapid shifts in market momentum.

I had heard about Antoniou from a colleague in Geneva, John Iliopoulos, who boasted of his trading prowess. I asked to see his trading record. It was pretty staggering. Antoniou executed 700 trades in a week, only 19 of them losing (97% successful). All of these trades were on the German Dax. The end result was a nearly 10-fold increase in capital.

Allowing for the fact that a one week Olympian performance may be a flash-in-the-pan, I asked for a longer proof of trading success, which Iliopoulos duly supplied – his own personal trading statement.

Yup, the results were pretty much the same, though not nearly as aggressive. The account shows growth of between 0.5% to 2% a day, with a 2.5% drawdown about once every two weeks. What’s important here is the win-lose ratio was almost the same as the Gann record-breaking achievement of 2015.

I then reached out to Antoniou to see if he would be interested in an interview. He was initially reluctant, but eventually agreed.

Though born in Greece and currently commuting between Athens, Germany and Switzerland to meet clients, Antoniou speaks with an American accent. His mother was an air hostess for Olympic Airlines in the early 1960s, which meant he spent much of his youth outside Greece, particularly the in US. He has visited more than 100 countries, and has close friends in Johannesburg and Cape Town. “I really love South Africa, and can’t wait to come back there, maybe when there is a conference on trading or something like that.”

His grandfather was a commodity trader, who imparted in him the importance of numbers and cycles. This led him to a fascination with the Greek philosopher and mathematician Pythagoras, who developed the Pythagorean Theorem: if you know the length of two sides of a triangle, you can work out the length of the third leg. “There is geometry in the humming of the strings, there is music in the spacing of the spheres,” wrote Pythagoras.

Antoniou’s grandfather taught him that all goods have a time cycle. “Observe these cycles, and you will be successful,” he said. “ It was about ten years later that my grandfather passed in 1996, when I first saw a Dow Jones chart when it hit me. Instead of candles or bars in the chart, I was seeing cycles. Everything moves up and down in a cyclical pattern.”

All traders would agree with that, but Antoniou went as deep as he could, burying himself in the arcana of numerology, astronomy, Pythagoras, cycle theory and read everything he could by Gann. In the end he says it became quite a simple matter to see the cycles that most traders miss. “I would say that about 1% of the top traders in the world have an understanding of cycle theory. The evidence is right in front of our faces, and yet most people do not see it.”

That’s because some cycles are more obvious than others, amplified by political events and financial storms. What is astonishing is Antoniou says he is able to use Pythagorean theories to predict price levels for different markets ahead of time. At the close of trade today, he knows which direction he will be trading tomorrow. He also says he can predict the energy of the market, and which price levels will be hit.

Does he often get it wrong? “No, otherwise I would be out of business. I get it right more than 90% of the time I would say.”

All markets have a distinct geometry, and Antoniou sends me a few graphs to illustrate the point. Using circles, triangles and squares, he is able to measure the direction and amplitude of movements. Some cycles are smaller than others, though this, too, is predictable.

“I took all this information I had assimilated and applied it to the markets. I prefer to trade the Dax because it has the right amount of volatility for my trading method, but I sometimes will trade other instruments such as forex pairs and other stock market indices,” he says. The image above shows how square and triangles Antoniou superimposed in a circle to determine key market dates.

The second chart shows the Euro-USD repeating its cycles with regularity. The decreasing amplitude of the cycles is apparently predicted using the Pythagorean code, and tells the trader what price levels are likely to be hit and when.

Antoniou is a day trader, taking upwards of 20 trades a day on behalf of his clients. Some of these trades are exited in seconds, others in minutes. They seldom last much longer. Traders will understand this logic: the longer you are in the market, the greater the risk of a trade going bad. All these trades are executed manually.

These days he is not trying to break world records: “Most of my clients are most concerned with protecting capital first and foremost, and then achieving good growth. I put a lot of attention on money management, and only trade with 5% to 10% of the client’s capital. Once we are nicely in profit – which usually happens very quickly – this is actually risk-free as far as the client is concerned.”

The track record speaks for itself. He says he expects to achieve a success rate of 85% on his trades, but the results I have seen show a success rate above 90%. Crucially, the losses are relatively small.

This kind of track record should send traders rushing to brush up on Pythagoras, who evidently had much more up his sleeve than his world famous theorem for calculating the sides of a triangle. For him, numbers held both qualitative and quantitative power. How does this relate to trading? “There is geometry in all markets,” says Antoniou. “There are 365 days in a year and 360 degrees in a circle. I can use this information to accurately predict market trends using six different sciences.”

This is where it gets a bit mind blowing. Pythagoras superimposed the days of the year onto a circle, and using geometric shapes such as the circle, the triangle and the square, developed mathematical principles that could apparently predict the future. This is known as the Pythagorean Code, a concept that has captivated mathematicians and philosophers since.

Like William Gann, Antoniou spent years adapting these principles to the financial markets. Gann never revealed all of his trading principles, though many – such as his Price  Squares and Circle theories – are in common use by traders today.

Antoniou is not an easy man to pin down. When he is not actually trading, he is mapping out his strategy for the next day. He is in hot demand these days, even from elite traders in London and Frankfurt. Which is not surprising, given his track record.

I’ve often thought about creating track records that are audited. What stops you from creating multiple companies with different strategies and only auditing those that shoot the lights out?

Perhaps I’m a skeptic, I too can develop a 1-year track record that made multiple figure returns on survivorship bias.

Your math is a little dodgy, but i get the point. USD50k to USD500k is a great result but clearly unsustainable.

Exactly my thoughts. Why aren’t these daytraders, that are doing double digit returns every month, billionaires yet?

Have a look at the trading desks (Goldman and JP Morgan) doing a whole quarter without a single trading day with a loss and multiple days with more than $100 million profit. As an individual without direct market access the probability is statistically very remote to achieve those results.

so theres a little lesson in compounding at 50%

DOdgy indeed. apologies. I stand corrected. That must be why i dont have the 1bill yet.

I lose consistently and sustainably when I try to day-trade. Perhaps because I look for trends instead of cycles. If someone would do just the opposite trades that I would do, they would surely make money and beat the market. I can’t do that myself, because I don’t have the discipline.