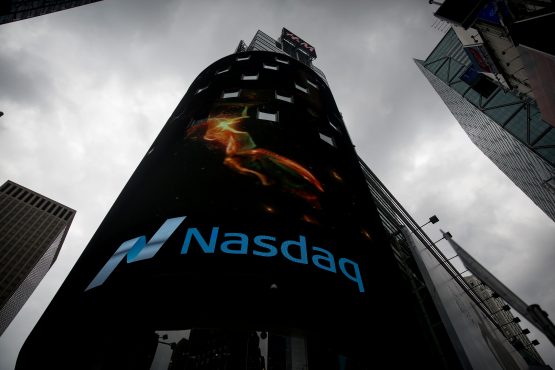 Global equity markets have, so far, had a very good year. The first six months of 2017 delivered the strongest half-year performance by stocks since the 2009 rebound that followed the financial crisis.

The MSCI World Index, which covers major developed markets, was up over 10% in dollar terms to the end of June. It was particularly boosted by European equities, which gained more than 17%.

South African investors have not, however, had as good a time of it. Returns from international markets have been muted by a stronger rand, while the performance of the JSE has remained subdued.

The table below shows the US dollar and rand returns for a number of major indices for the first six months of 2017.

Across the board, dollar returns have been ahead of rand returns, which is due to the slightly stronger local currency. The rand gained around 5% in the first six months of the year.

What also stands out is that the JSE has not kept pace with most of the rest of the world. The JSE Top 40 has been helped by strong performances from the big multinational industrials like Naspers, Richemont and British American Tobacco, but the broader market has not done very well. In particular, the Dividend Plus Index, which tends to be more skewed towards financial and South African-focused businesses, has underperformed significantly.

“The FTSE/JSE All Share Index hit a record high closing price of 55 188 in April 2015 but at the end of last week, it was back at levels last seen in June 2014,” Dave Mohr and Izak Odendaal at Old Mutual Multi-Managers pointed out in a note. “In other words, over this three-year period, dividends have been the only source of return from local equities.”

The contrast between this performance and that of other markets around the world is particularly stark when compared against the MSCI Emerging Markets Index, of which South Africa makes up around 6.5%.

“Emerging market assets have performed well recently, even as the US Federal Reserve has been raising interest rates,” Keith Wade, the chief economist and strategist at Schroders, said in a recent note. “One explanation for this is that emerging market currencies had already devalued substantially in 2015 and 2016, prior to the Fed beginning its current hiking cycle. With their currencies looking competitive, emerging markets are growing again. At the same time, central banks in emerging markets were raising interest rates while developed economies had low or negative rates. This means there is a cushion for rates to fall again if required.”

South African equities have not, however, benefited from this improved sentiment. On the contrary, international investors have been significant net sellers on the JSE for some time.

It is interesting that the Chinese market, represented by the Shanghai Composite, has also underperformed. It started the year strongly, but sold off sharply during April and May.

In the developed world, US stocks have continued to trend higher, even though the exuberance that followed Donald Trump’s victory at the polls has waned.

“The election of Trump was greeted with a return of animal spirits in the US as business and consumer confidence surged,” Wade noted. “Equity market investors focused on cyclical stocks that were expected to benefit from Trump’s pro-growth plans. That ‘Trump trade’ has now faded away. Investors have returned to the higher quality, defensive assets that they favoured prior to the US election, along with technology stocks.”

This is also reflected in the performance of the Nasdaq, which is more technology-focused.

Looking over the longer term, the table below shows the performances of these same indices over the five years to the end of June 2017.

One can clearly see how the JSE has lagged world markets over this period. In rand terms, local returns have not been too bad and comparable to the JSE’s long-term average, but in dollar terms they have been poor.

In contrast, US markets have done exceptionally well over this period. Returns from Japanese and European stocks have also been good, which has had the overall effect of lifting the MSCI World Index.

only place to be – usa. esp biotechs, finance and amazon. just be wary of the other FANG – tencent (ie naspers) hit very badly yesterday

As the smartest economist in S.A. (Annabelle Bishop) said on the debate the other day. South African companies are diversifying overseas and HOW DOES THAT HELP THIS COUNTRY WITH JOBS AND TAX?

Does it make more sense to think of growth and value stocks separately?

Betting on the mega-caps

How a private equity fund works and who’s involved

Does it make more sense to think of growth and value stocks separately?

Betting on the mega-caps

How a private equity fund works and who’s involved