The JSE’s most popular mid-cap stocks 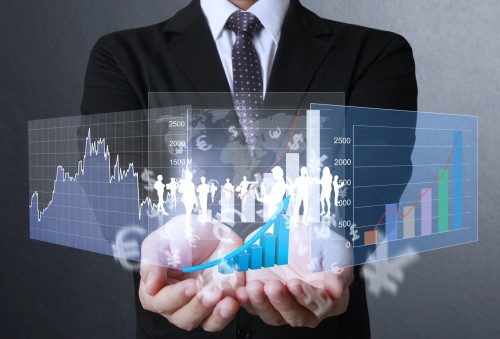 CAPE TOWN – When analysing companies in the local market its useful to understand which stocks the professionals find most attractive. In a very general sense, shares that are widely held by a number of unit trust managers are worth paying attention to.

This is not a foolproof exercise by any means. Just because a share is popular does not mean that it is a good investment. Sometimes exactly the opposite is true.

However, if there is a positive consensus around a company, it is at least worth understanding what fund managers like about it. That is a good place to start for anyone building their own share portfolio.

It is particularly interesting to do this in the mid-cap space, where one might find shares with better growth prospects than the large-cap Top 40. This creates the potential to identify long-term winners.

The table below shows the 15 most popular mid-cap stocks on the JSE based on the number of unit trusts that included them in their portfolios at March 31 2016:

If this table is anything to go by, there are only two games in town in the mid-cap space at the moment – industrials and listed property. The JSE is the only financial counter amongst the top 15, with Sappi and Sibanye being the only resource stocks.

Five stocks on the list are real estate companies, with New Europe Property Investments (Nepi) standing out as by far the top pick amongst fund managers. This is not surprising as the share has been a remarkable performer in recent years. Although it is flat so far in 2016, it is up 410% since 2011.

Hyprop, which has long been recognised for its concentrated portfolio of high quality assets, may not have delivered returns that are quite as spectacular, but it has been a very consistent performer. This has made it a favourite in this sector for some time.

Seven of the stocks on the list are industrial companies, and three of them are retailers. Foschini, Spar and Truworths are all quality companies and although there are serious concerns around the South African economy and consumer spending, their share prices have held up well so far this year.

Fund managers are far from positive about all retail stocks, however. Massmart, which is one of the top-performing retail shares this year only appears in 39 unit trust portfolios.

As the only financial stock on the list, the JSE is also worth noting. The company has become a very reliable performer through the cycle. It is worth noting that in the unpredictable market conditions that have prevailed so far this year, the local stock exchange’s share price is up more than 35%.

At the other end of the scale, it is also interesting to note which stocks fund managers are least likely to have in their portfolios. There are three that stand out.

The first is Harmony Gold, which has been the big story of the year so far. Its share price is up over 300% in the last six months, yet only 44 funds have the stock in their portfolios.

Impala Platinum is another resource stocks that has bounced this year, although not to the same extent. It is just under 90% higher over the last six months, but it is held by only 29 unit trusts.

One might argue that the majority of managers missed the opportunity that these stocks represented at their bottom, but the risks in holding them were so high that only a handful of managers were willing to take them on. In hindsight they have been rewarded, but how many investors would have been comfortable with their fund managers piling into these counters in December last year when they were being hammered week after week?

The third company of interest amongst those that aren’t widely held is Curro. Only 33 unit trusts include the private school group in their portfolios.

Curro’s share price has been under pressure this year, having lost a third since its January highs. Despite that it is still up more than 400% over the last five years, but it appears that the market is now taking a slightly more cautious view on its growth prospects.